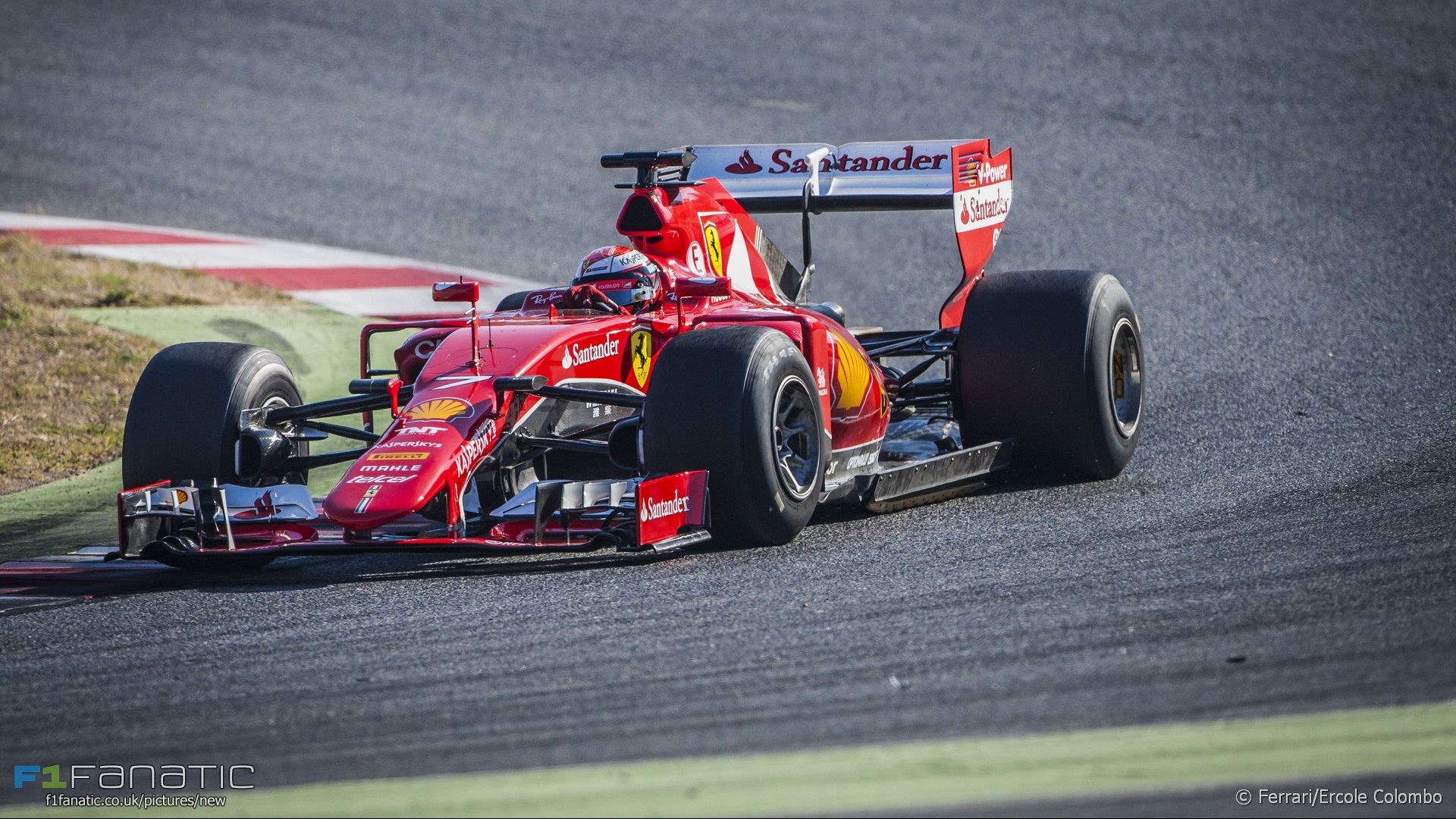 The widespread expectation of Formula One’s new aerodynamic rules is that the cars are going to look better but the racing won’t be as much fun to watch.

Wider cars with wider, lower wings will restore F1 machines to their pre-1998 glory. But those wings are going to make races more processional.

This assumption is probably a fair one. But it overlooks some of the complexities of the regulations changes which are likely to have both positive and negative effects.

The new rules for this season reverses two previous major rules changes which occurred within the last two decades.

The first was the ‘narrow track’ regulations of 1998, which cut car widths from 2,000mm to 1,800mm. The second was the 2009 changes prompted by the Overtaking Working Group which recommended reducing overall downforce and using a combination of lower, wider front wings and higher, narrower rear wing to encourage cars to run together more closely.

Can the changes observed in F1 in those two seasons tell us much about what to expect this year? In the case of 1998, not really. The cut in car widths in 1998 was a hasty response to the massive reduction in lap times the previous year. This had come about because of the arrival of Bridgestone as a rival tyre supplier to Goodyear, forcing a rapid development in tyre technology.

However today there is no tyre competition in F1 and therefore no incentive for Pirelli to spend vast sums of money in pursuit of the ultimate in race tyre performance. Futhermore, the narrowing of cars in 1998 was accompanied by a switch from slick to grooved tyres. This leaves us with little base for comparison between the two seasons.

The 2009 example is slightly more useful. According to Clip The Apex’s overtaking statistics, the number of passes in dry races actually fell in the year after the OWG changes, albeit by a mere 1.3%. The oddly-proportioned wings introduced eight years ago did little to improve overtaking, so perhaps we shouldn’t be so pessimistic about what getting rid of them will do.

But there is another, less encouraging point to bear in mind. The 1998 changes were introduced to reduce cornering speeds and the 2009 changes were brought in to encourage overtaking. This year’s changes are intended to increase car performance (which is almost unprecedented in F1 history) with no regard for its effect on overtaking.

The chief reason why overtaking is expected to be more difficult in 2017 is well understood. Cars will be able to have much larger aerodynamic surfaces this year. This will allow them to generate more downforce to increase cornering speeds.

However the performance of wings is highly sensitive to the air they are running in. One car following in the disturbed air of another through a corner will therefore not be able to follow it as closely, making it harder to overtake.

This is robust reasoning but also somewhat oversimplified. As far as overtaking is concerned there are potential upsides to drivers having more downforce.

Drivers need flat-out sections of track to close on a rival before an overtaking move. With more downforce there are more sections like this.

Eau Rouge at Spa-Francorchamps is a typical example. Mika Hakkinen’s dramatic overtaking move on Michael Schumacher in the 2000 Belgian Grand Prix came about because he was able to tackle Eau Rouge flat out and draw close enough to the Ferrari.

If higher downforce levels can help create more overtaking in this way depends to a large extent on circuit configuration. It’s hard to imagine Monaco suddenly becoming easier to overtake at.

An inevitable consequence of faster cornering speeds is greater strain on the drivers. The move away from ‘high-degradation’ tyres will also make life much more physically demanding.

We may, therefore, see fatigue playing a greater role in races this season. A tired driver under pressure from a rival is more likely to make a mistake, creating an overtaking opportunity.

The simple fact that drivers will have to push flat-out for longer in a race will add to this. It’s easier to avoid a mistake when lapping at 95% of your potential than when going flat-out.

The unpredictable role of tyres

There are two aspects to the changes in tyres for 2017 which may influence the racing in a positive way. The high-degradation tyres used in recent seasons were more prone to losing performance when following another car closely.

Pirelli has been specifically charged with addressing this in 2017. However as they haven’t been able to accurately simulated the projected downforce gains it remains to be seen whether they will be successful.

Then there’s the physical size of the tyres. It’s always been the case that the four large lumps at each corner of an F1 car have been its least aerodynamically efficient components. The rules prevent designers from shrouding them for better performance.

Drivers therefore stand to gain more from the slipstream of another car in a straight line from the increased amount of air displaced by these huge tyres when driving flat-out. However this potentially beneficial effect is likely to be eclipsed by one of F1’s more controversial features.

When concerns were first raised that 2017’s faster cars might make for worse racing, the FIA’s answer was predictable and depressing: Make DRS more powerful.

Whether that is a fitting solution to the problems we expect to see this year is a matter of taste. However Liberty’s new motorsport chief Ross Brawn has indicated he is not satisfied with DRS and wants to better understand the causes of F1’s under-researched overtaking problem.

Right now everyone is concentrating on the one likeliest outcome of the 2017 rules changes being that larger wings will mean less overtaking. But while this one outcome is realistic there are likely to be others, some of which could even be beneficial.

As has been the case so often in recent years how the tyres perform will crucial. Arguably, they will be at least as important as the wing changes, possibly even more so.

The quality of racing in 2017 will continue to be strongly influenced by how competitive the field is. If one team continues to have a massive advantage over the rest we can expect to see little close racing at the front. And with two fewer cars on the grid this year there is already less scope for overtaking than there was last season.

It’s also time we considered whether the obsession with overtaking can blind us to everything else which makes F1 great.

In terms of sheer spectacle the 2017 cars should be a sight to behold, brushing the walls in Monaco and tackling some of F1’s fastest corners without lifting. They could make last year’s machines seem tame by comparison.

33 comments on “New rules means worse racing in 2017? Not necessarily”