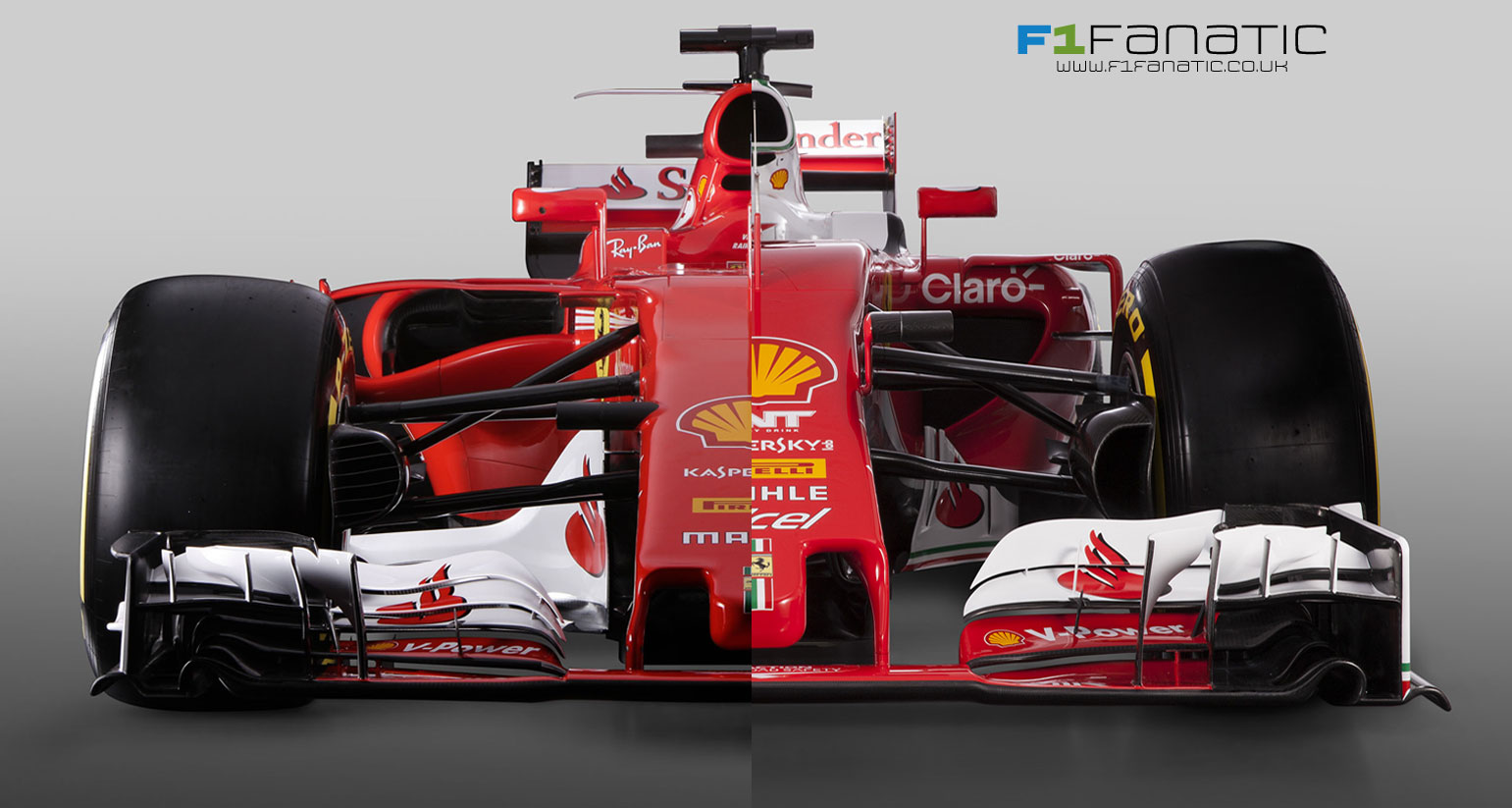 What are the big differences between Ferrari’s new F1 car and last year’s model? The team will be hoping the 2017 chassis doesn’t end the season win-less. You can scrutinise the chassis for outward differences using these three interactive images.

Use the slider below to transition between images of Ferrari’s new 2017 SF70H and last year’s SF16-H. Note some images may have been altered for ease of comparison and should not be used as a reference for measurements.

Ferrari’s top-down view of its 2017 car gives an excellent basis for comparison with last year’s model. The diameter of the front wheels is unchanged, so we can easily see how the car has not only grown wider as per the rules, but also longer.

The degree of difference between the bargeboards on the two cars is very striking. The new Ferrari also has a duct on its front nose for aerodynamic purposes – something the team first began experimenting with a decade ago – and small additional flip-ups on the nose.

As with many of the other cars seen so far (notably the Renault), one distinctive difference between the new and old Ferrari is the level of rake they appear to be using. This is adjustable, of course, so we could see different angles in testing.

The shark fin also gives the game away in terms of the angle the car is inclined towards. Ferrari has put the Italian tricolour on its bodywork here but like all the other teams with fins it hasn’t put any sponsors there. This is because the fin may only be used at certain tracks.

The different focal lengths used for the front-on shots makes this one of the less useful comparisons, but it gives another good impression of the increase in overall width.

View more pictures of the