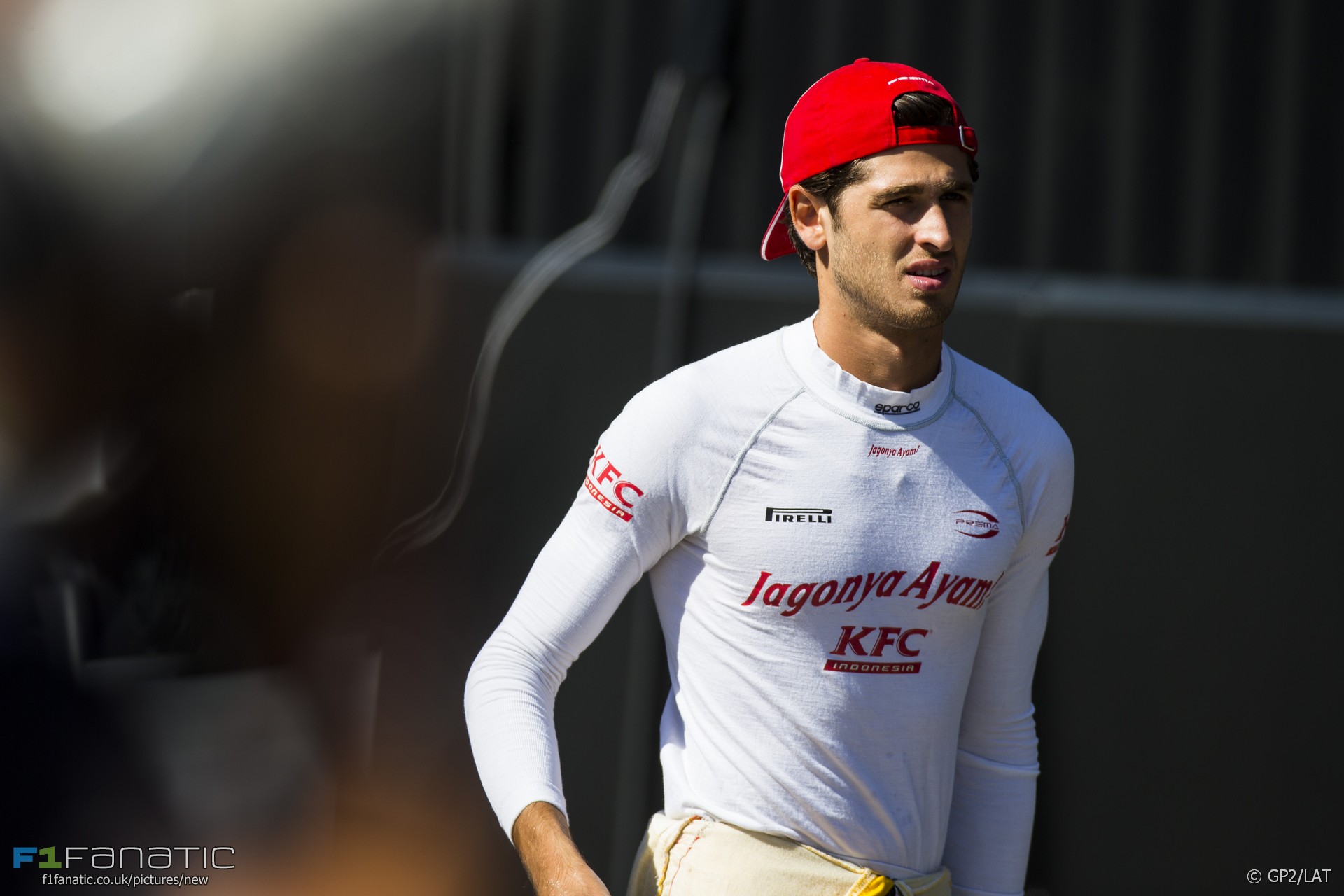 Antonio Giovinazzi will drive instead of Pascal Wehrlein in the first pre-season test at the Circuit de Catalunya, Sauber has confirmed.

Wehrlein has been forced to stand down from the test due to a back injury he suffered in a crash at the Race of Champions in Miami last month. “We took the decision that Pascal will not be driving in the first test in Barcelona,” said team principal Monisha Kaltenborn. “We will monitor his medical progress and will then decide on the next steps.”

It remains to be seen whether Wehrlein will be fit in time for the second four-day test, which starts just five days after the first one finishes.

Giovinazzi, who finished runner-up in GP2 last year, is Ferrari’s reserve driver. He has been given permission from them to drive for Sauber, which is one of the team’s engine customers.

“I thank the Sauber F1 Team for making this real, and also Ferrari for allowing me to replace Pascal for test one in Barcelona,” said Giovinazzi. The 23-year-old drove an F1 car for the first time at Fiorano three weeks ago.

Wehrlein, who joined the team from Manor at the end of last year, said he will still attend the test which begins on Monday.

“It is a pity that I cannot be in the car during the first test days,” he said, “but I will be in Barcelona in order to get familiar with the team’s procedures and also to follow the Sauber C36-Ferrari on track.”