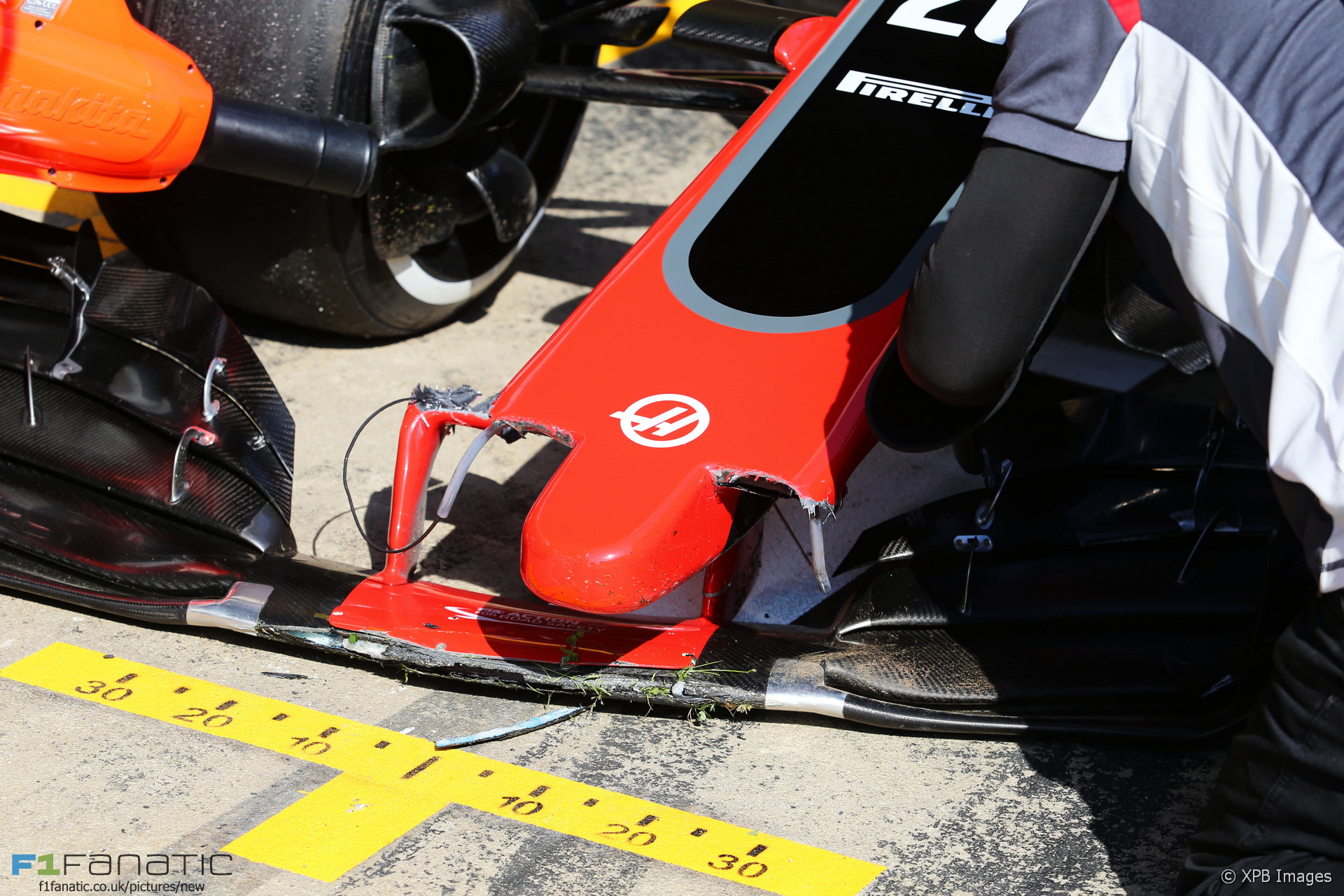 Kevin Magnussen said his crash during his first testing run in the Haas wasn’t a major setback for the team’s programme.

“We got some laps, not as many as we planned but that’s kind of expected,” he said. “You have a plan in case everything goes right but you always expect a few issues with sensors and stuff like that to be fixed in the morning.”

“Hopefully in the afternoon we can carry on and get some more laps from the car and start working.”

Magnussen described how he lost control of his car under braking at turn ten.

“I had a big rear locking so completely locked the rears,” he said. “The same as pulling a handbrake in a road car.”

“So I lost the rear and spun and brushed the wall so we had some damage in the front wing. No drama at all, just stuff like brake balance and brake maps is what we’re here to sort out. We learned something this morning.”

The damage was limited to a broken front wing. “Lucky I did no other damage than that,” he said, “we can carry on this afternoon”.

Magnussen said he hadn’t been able to push the car to its limit yet but could already tell it “feels very stable”.

“Especially in the high speed is where I feel the biggest difference. I still need to push the car a bit more to get a proper feeling.”

“It will be interesting to see with soft tyres later on in testing, to really feel the maximum the car can do. For now it’s just about getting more kilometres on the car, see if everything is working, make all the checks, stuff like that. Today is about a little bit of problem testing.”