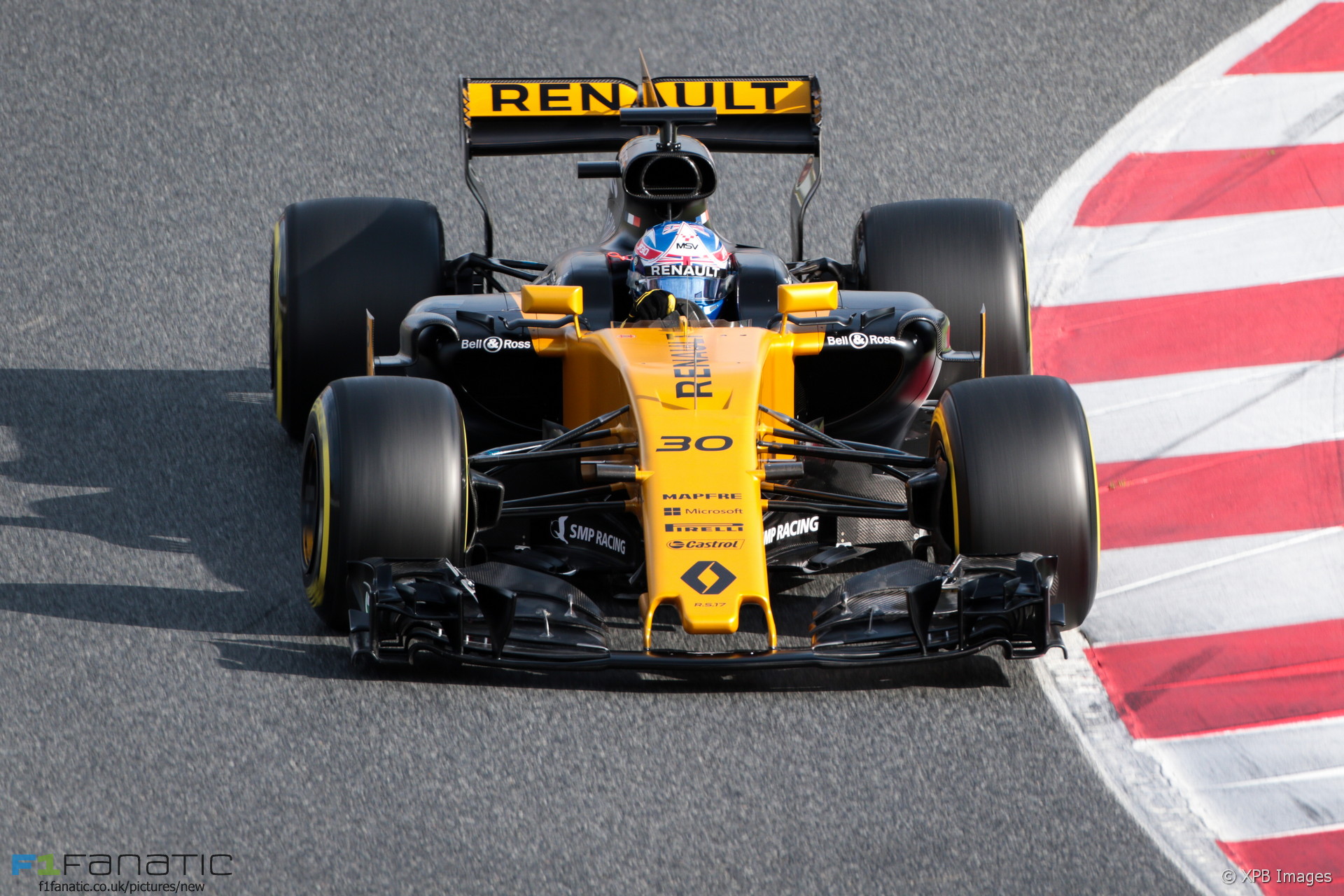 Jolyon Palmer admitted he was amazed at how much running Mercedes and Ferrari have managed to accumulate in the first two days of testing.

The Renault driver sat out almost all of the second morning of today’s test due to a problem on his car. The team have completed 512 kilometres of running so far, the least of any team bar McLaren.

In contrast Mercedes ended the second day of testing one lap shy of the 1,500km mark. Ferrari have also completed more than twice as much running as Renault.

“I can’t understand how they’re doing so many laps,” Palmer told media at the Circuit de Catalunya. “Day one and day two when the car’s completely new, different regulations.”

“That’s impressive, especially when not only us but you look at the rest of the field, really, and everyone’s doing 50 or 60 laps in a day. That’s impressive, I don’t think it’s a surprise that they’re going to be near the front.”

Palmer said it was “impossible to say” at this stage how competitive the others are. “So far it looks quite close.”

“I think Mercedes and Ferrari, they’ve been at the front all the time now. Red Bull we can expect will be there or thereabouts. For the rest I have no idea.”

Renault were unable to run this morning as the team was “waiting for parts and then fitting them – there were some modifications needed”, Palmer explained.

“We knew we were going to be delayed at the start but it kind of kept getting pushed back a bit as well.”

Once the car got on track”the afternoon was not bad”, Palmer said. “53 laps made up for it a little bit and the feeling in the car’s quite good.”

14 comments on “Palmer astonished by Mercedes and Ferrari’s mileage”