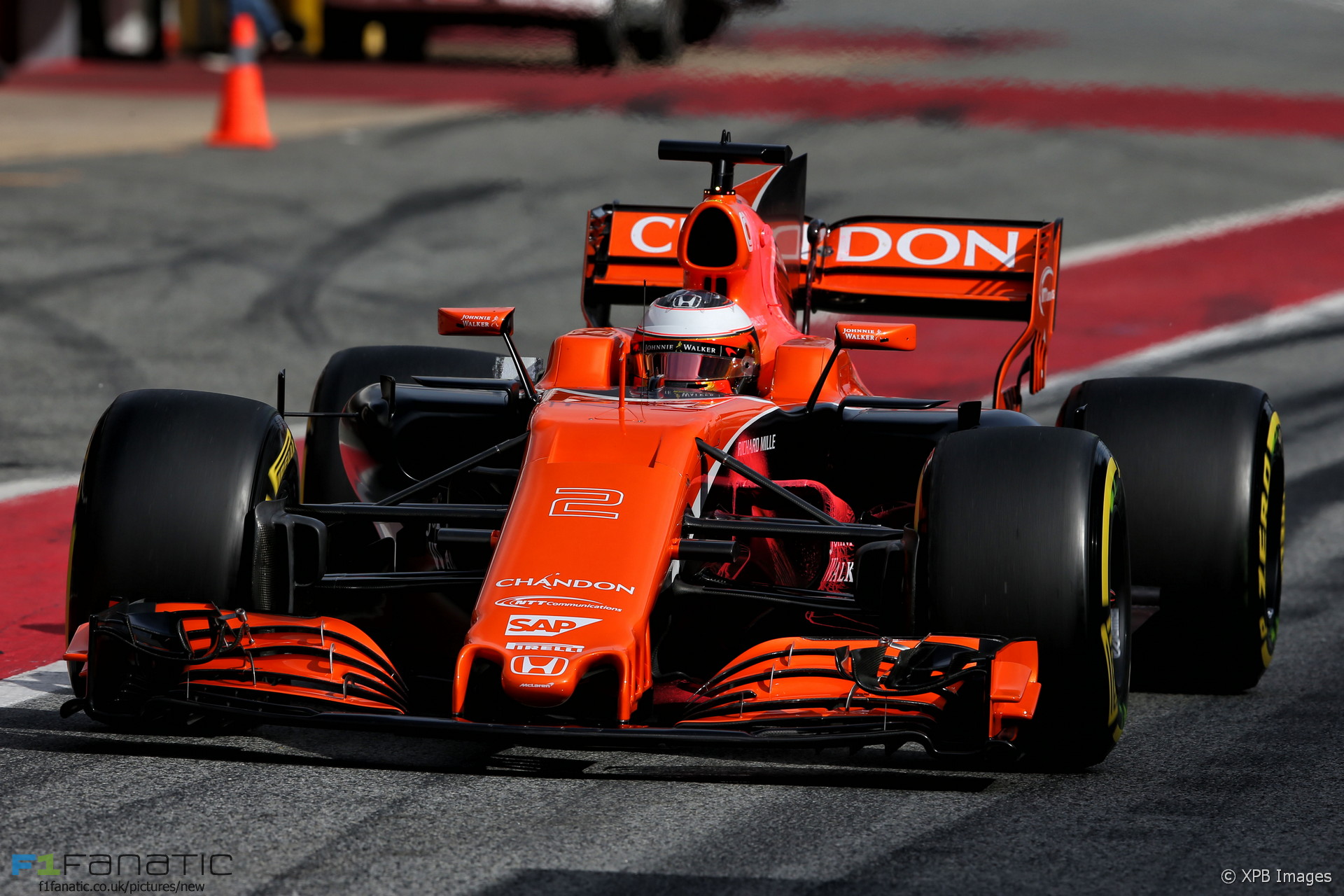 Stoffel Vandoorne says it isn’t clear yet whether the power unit problem which stopped his running today is related to his team mate’s yesterday.

For the second day running McLaren had to change the power unit in one of their cars. Fernando Alonso was limited to 29 laps by an oil system fault yesterday.

Vandoorne, who covered 40 laps today, told media at the Circuit de Catalunya the team “don’t know what the exact problem was”.

“We lost some power during the morning and we decided to change the engine,” he explained. “I think tonight Honda will analyse what went wrong and they will probably give an answer about it.”

Vandoorne, who will start his first full season in Australia next month, said his initial impressions of the car had been favourable.

“It was positive to get back behind the wheel after four months’ no driving,” he said. “It was a good first feeling for me, immediately I felt confident in the car and very comfortable. So I think that’s a first very positive sign when you jump into a car, new regulations, and you feel very confident.”

“It’s a good start, unfortunately we had a loss of engine power during the morning after a couple of laps. It’s a shame we couldn’t do more laps, obviously we would have hoped to put in more laps which we didn’t achieve today.”

With the final day of this week’s test due to be used for wet weather running, Vandoorne says McLaren have not yet discussed whether to make any changes in their run plan.

“The last two days were difficult for us but hopefully overnight we can analyse what went wrong and come up with a reliable car tomorrow,” he said.

“This is my first day of testing, Fernando didn’t get many laps yesterday, tomorrow and the day after are going to be important days for us. We’re going to try to make the most of every situation.”

25 comments on “Vandoorne: Not clear if today’s failure is linked to Alonso’s”