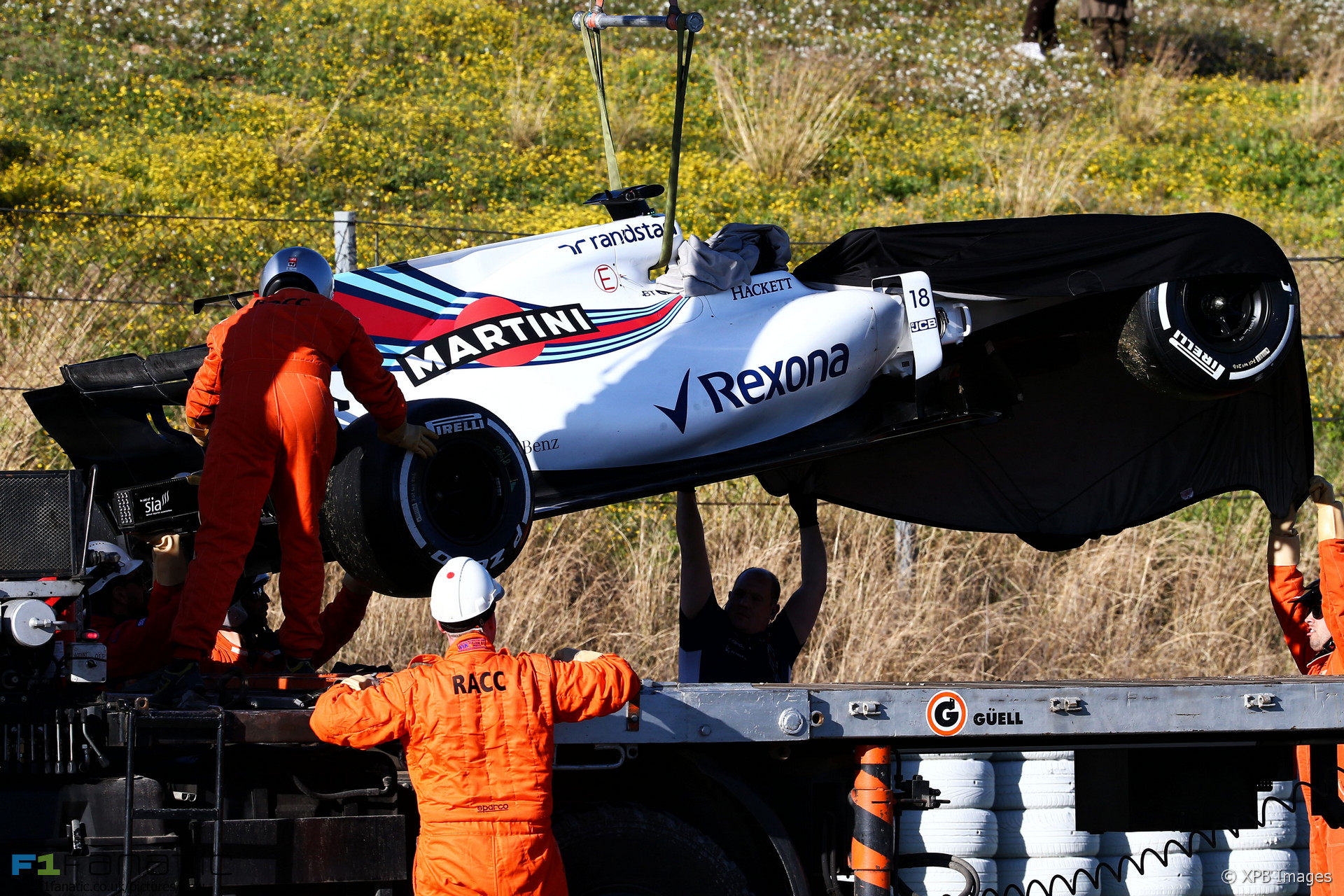 However Ferrari continued to keep pace with Mercedes on the third day of pre-season testing at the Circuit de Catalunya. Sebastian Vettel got within a quarter of a second of the Mercedes driver’s time.

He did it while completing the highest lap time of any individual driver of the test so far. However his test came to an end a few minutes before the chequered flag was due to fall, when his Ferrari stopped on the start/finish straight.

None of the other runners got within a second of those times. Daniel Ricciardo ended up third quickest but as on his first day spent a long spell in the Red Bull garage.

The Renault pair of Jolyon Palmer and Nico Hulkenberg were next, sharing driving duties in the team’s RS17. Palmer had a minor spin at turn three during the first hour of the test.

Williams newcomer Lance Stroll had a more significant accident, and his second in as many days. The FW40 made contact with the barrier on the inside of turn nine on the driver’s 98th lap.

Stroll’s crash interrupted Mercedes’ race simulation exercise which was performed by Lewis Hamilton. The team passed the 2,000 kilometre mark during today’s running at which point only two other teams, Ferrari and Sauber, had done half as much.

78 comments on “Bottas gets quicker as Stroll crashes again”