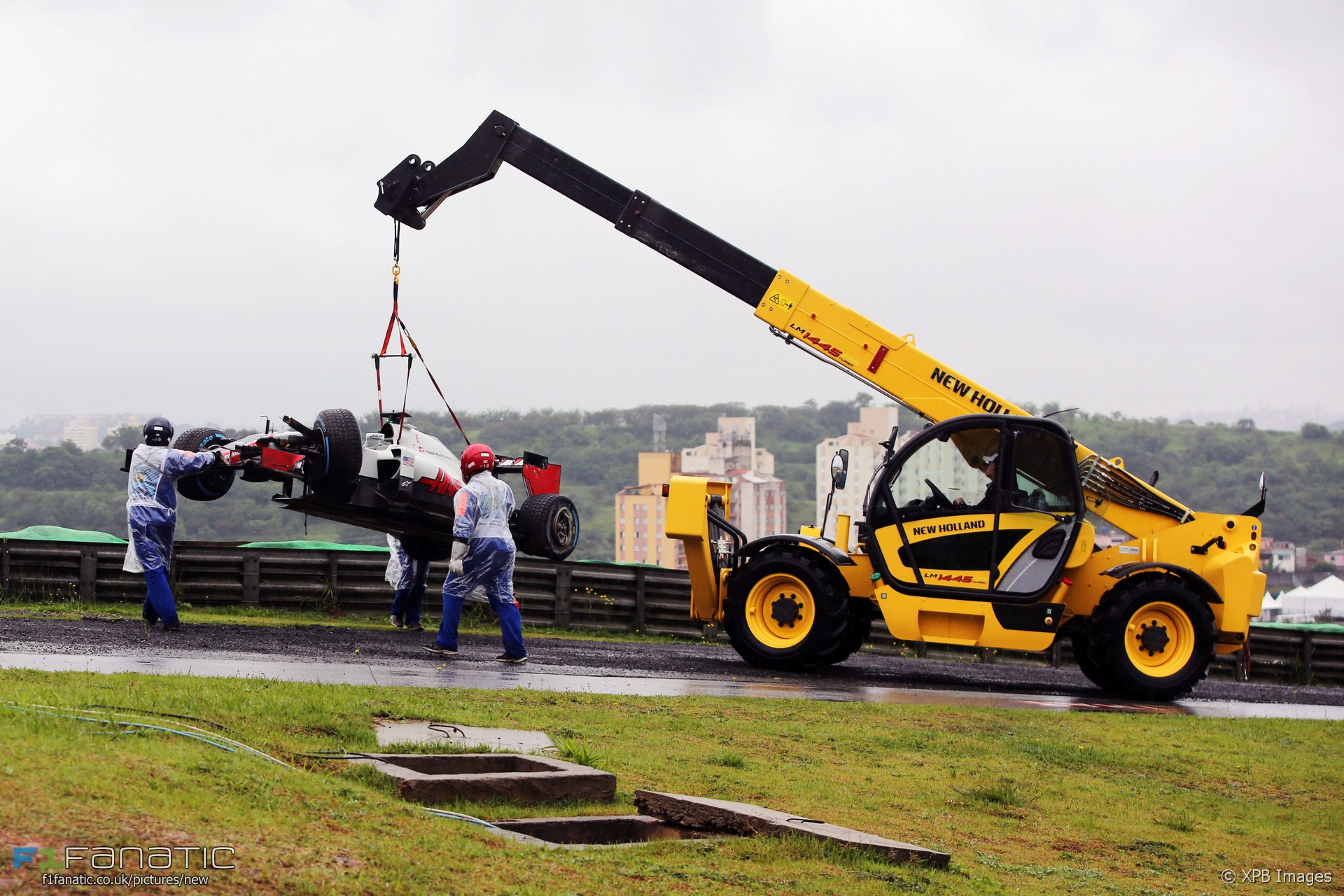 Romain Grosjean is wary Pirelli’s wider tyres could be more prone to aquaplaning in 2017.

The Haas driver will take part in the designated wet weather tyre test at the Circuit de Catalunya tomorrow.

Grosjean was one of several drivers who crashed during the rain-hit Brazilian Grand Prix at the end of last season. But he was the only one to do so before the race began, something his team hasn’t let him forget.

“It’s going to be very important. When I was told by Guenther [Steiner] that I was going to be doing the wet day, he said, ‘Obviously looking at your Brazil performance we need to put you on the wets.’ I was like, ‘Thank you, Guenther. That’s very kind of you.’”

“On the serious side though, I think it’s going to be really important to analyse and see how the wet tyres are going to work. Pirelli’s been doing quite a lot of work on them. They’re wider, and they’re going to be trickier with aquaplaning. We need to prepare for every eventuality in terms of maps and setups to be ready for wet sessions.”

Pirelli has admitted the wider tyres being used this year will make it more difficult for them to cope with large volumes of water – something which was already a weakness of their wet weather tyres.

Grosjean will take over from team mate Kevin Magnussen at the wheel of the Haas on the third day of the test.

“I’ll be doing a bit of dry, then wet,” he said. “Then in the second week we’ll see what setup changes do to the car and get a full portfolio of changes to be ready going into Melbourne.”

5 comments on “Grosjean wary of more aquaplaning with wider tyres”