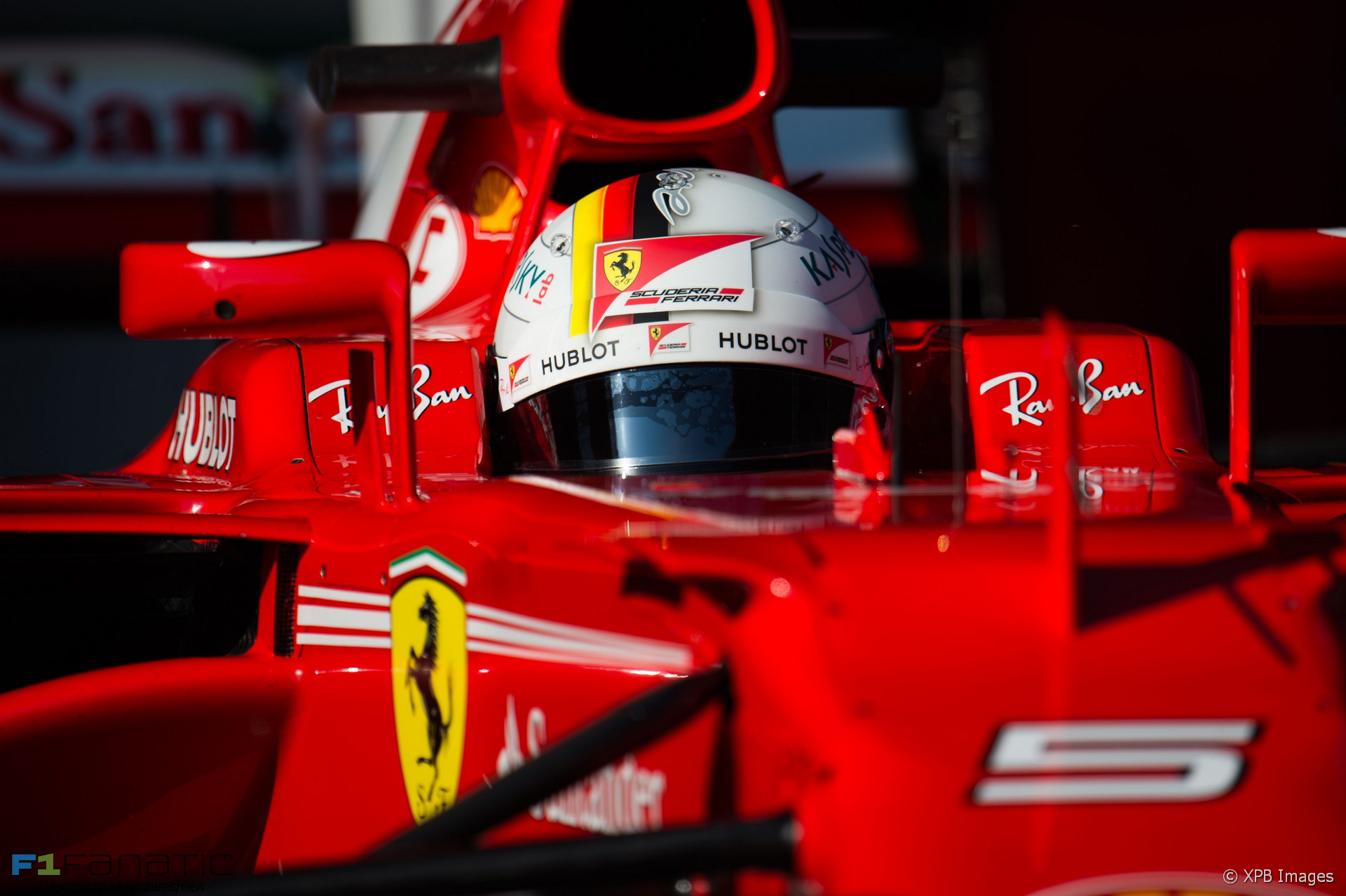 Sebastian Vettel is keeping his hopes in check despite Ferrari consistently featuring near the top of the times in testing so far.

“Time will tell,” said Vettel after lapping within a quarter of a second of Mercedes’ pace-setting time on Wednesday.

“I don’t have a crystal ball. I have two other balls but they don’t tell me much.”

“At this time we have a lot of stuff on our list, it’s a very long list. We have a lot of things to do and for sure the potential is higher because the rules are very different but it is for everyone.”

Vettel added he expects Ferrari and their rivals will bring a lot of updates before the first race.

“I’m quite curious to see for now until Melbourne how the car will change and how everybody else will change,” he said. “At least in Melbourne we have a little bit more clue of where we are, right now it’s difficult to say.”

The Ferrari driver said he enjoyed the feel from F1’s new tyres and increased downforce.

“I had a feel of [the tyres] last year with the tyre testing, helping to develop,” he said.

“It was already a step forward on the mechanical side, obviously the tyres are quite a bit wider and more draggy so slower down the straights. But faster in the corners which is always more enjoyable for us. If the straight is a bit longer, doesn’t really matter.”

Two of the Circuit de Catalunya’s quickest corners can now be taken without lifting but Vettel pointed out “it’s not first time” for him. “I have been flat in turn three and also turn nine in 2010. It’s probably similar to that.”

“It’s obviously nice when you can push the car harder and also for longer. They tyres seem to be more consistent. That’s obviously a better, nicer sensation when you drive the car.”

22 comments on “Vettel cautious over Ferrari pace despite quick times”