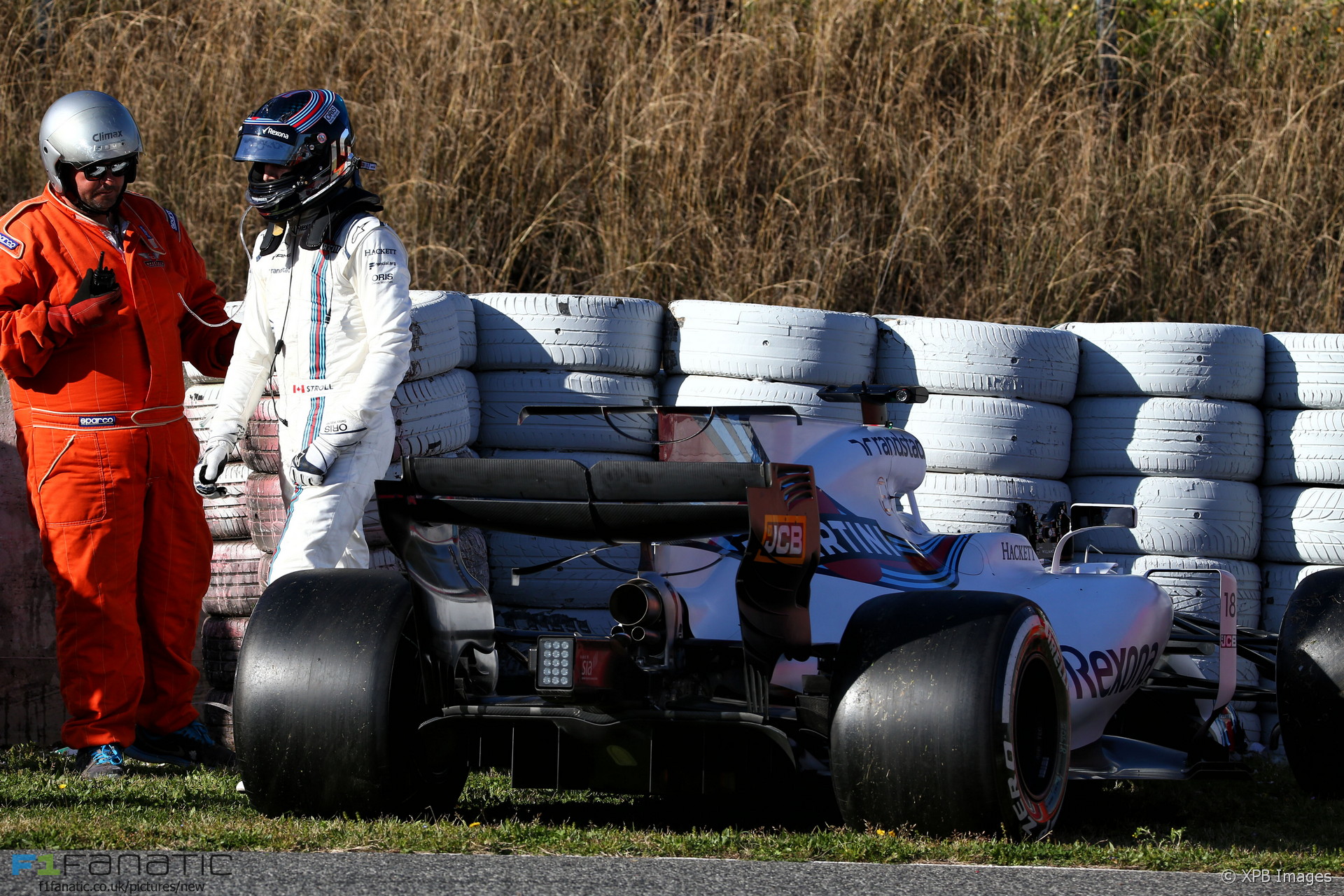 Williams rookie driver Lance Stroll received words of encouragement from one of his F1 rivals after damaging his car twice in his first two days of testing.

Lewis Hamilton said the more challenging 2017 cars make this an especially difficult time for new drivers to come into the sport.

“I feel for him in the sense that it’s the toughest year to come into Formula One,” said Hamilton. “The fastest cars, the most physical cars, and such a short amount of testing.”

“I know he’s been driving around the world testing in the Williams team,” he added. “He’s definitely had more preparation time than any other driver coming in would have had.”

Stroll had a spin on Tuesday which left the car with damage which prevented it from running for the rest of the day. On Wednesday he crashed on his 98th lap, and the resulting damage kept the team from returning to the track on Thursday.

“It’s to be expected,” said Hamilton, “it’s not an easy car to drive at all.”

“It’s so much faster through the corners, precision is even more important than in the past. Last year’s car is easy compared to this year’s car.”

Hamilton admitted he is enjoying the increased challenge from the new machines. “That’s what I love, that point I do really like,” he said.

“But it’s only the first drive, you can’t just jump in and drive from no experience at all to being consistent, that’s to be expected. It’s actually good for him to go through this now rather than the first race.”

20 comments on “Hamilton defends Stroll: “It’s not an easy car to drive””