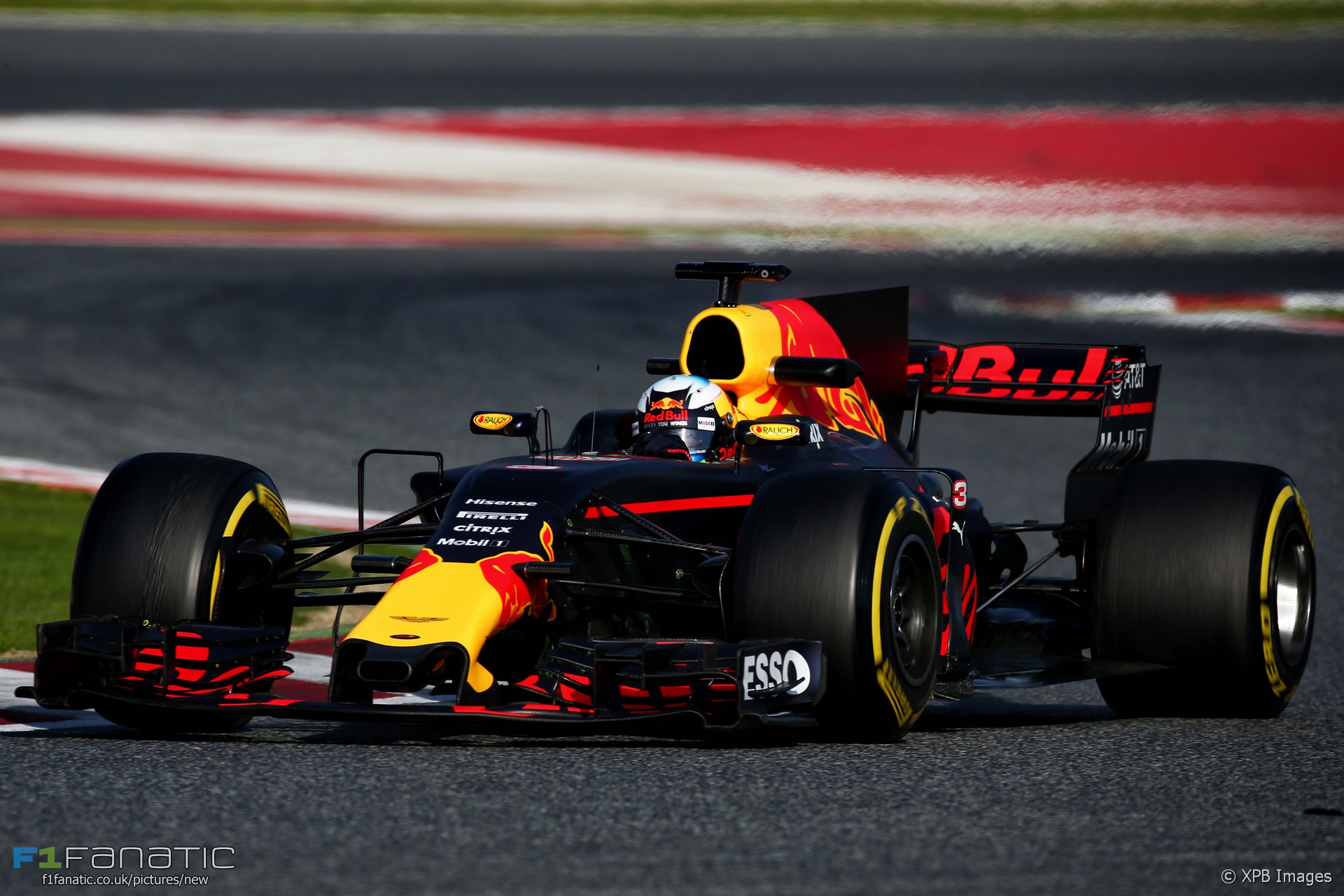 Daniel Ricciardo has confirmed Red Bull will have an upgraded chassis and power unit for the first race of the season.

“I think Melbourne we’re going to see a little bit from both sides, from the power unit and the car will have some more aero bits on it,” said Ricciardo after his final run in the car in pre-season testing.

“Max [Verstappen] had a bit of a troubled day with reliability yesterday, my day was pretty clean from start to finish,” Ricciardo explained. “So it’s still a little bit hit-and-miss I guess but I feel like come race day we’re going to be in a better position.”

Ferrari set the quickest time of testing so far today prompting speculation they may be able to challenge Mercedes when the season begins. But Riccairdo believes Red Bull will be able to match their performance.

“We certainly haven’t shown Ferrari’s pace yet,” he admitted. “So if you were to put some markers down and say Ferrari’s at the moment their closest challenger, I think that’s fair.”

“I think we’ve got it somewhere but we still need to find it.”

“It felt like we didn’t probably go that extra step forward,” Ricciardo said of his running today. “The progress was good and then today we got a little bit confused with set-up things.”

“Hopefully we have some answers tonight. Thankfully Max is in the car tomorrow, I think we need one more day to really understand the car better and then that’s it until Melbourne. In a way I’m happy the test is over because I’d just like to race.”