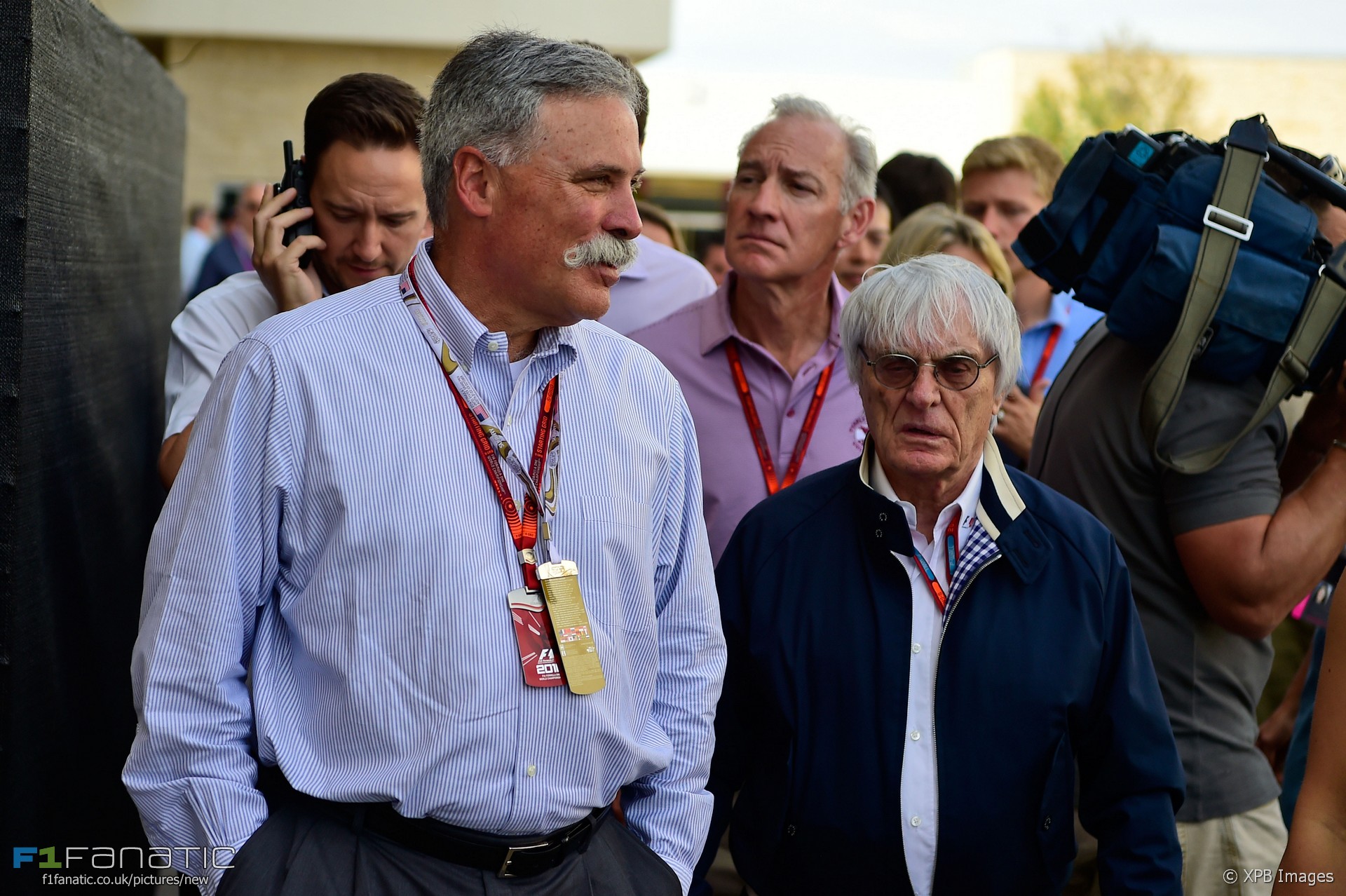 In the round-up: In his first interview since being replaced in charge of Formula One, Bernie Ecclestone claims new CEO Chase Carey felt he hadn’t done well for the business over the last three years.

"These people have thought and said, and Chase has said, that I hadn't done a very good job in the last three years. I thought I had, CVC thought I had, and I managed to produce $1.5 billion-a-year income, which made their shares worth a lot of money."

"We have to see how we can curb a little bit or cap a little bit the costs of development for each car maker."

Formula One's 'other Brit' senses a chance to shine (Reuters)

"Last year was Renault’s first year back, no-one knew really what to expect, the pressure was big on both drivers. And this year everything just feels a bit more comfortable."

"Overtaking will probably be more difficult, because drivers are braking later, and because the following car will lose around 40% downforce."

"This solution opens the way for a much larger clutch paddle, which should in theory allow for a better feel of the clutch bite point. The hope is that this will manifest itself in better getaways for the drivers."

"Former Formula 1 driver Susie Wolff has failed in a bid to get a driving ban for speeding overturned."

A scarlet season ahead? (Racer)

"Raikkonen for the title? Whisper it. But to my mind it's not as unlikely as the bookies seem to think."

Win a physical copy of Motorsport Manager, including all DLC, with our friends at @f1fanatic_co_uk https://t.co/ScKXn7oa0T

Just three connections for the oil and all on the top, so I'm a bit confused with the plumbing. FIF1 VJM04 Oil tank pic.twitter.com/7RX4HmEdzz

So here she is the stunning C12A show car in 1994 livery, more details will be up on our website shortly! pic.twitter.com/x9OsyvsVyx

Coincidence or not, McLaren have quietly removed today's piece which featured a Mercedes-engined car. #F1 pic.twitter.com/ir4uiIOI6A

Will Daniel Ricciardo be able to contain his young team mate this year?

I think Max Verstappen will be unstoppable this year against his teammate. He’s going to move into a class of his own this year. He’s going to thrash anyone in similar machinery.

That’s what I think. And what I’m hoping. For me he’s the most exciting thing about this upcoming season. With the wonderful-looking new cars, I don’t think I’ve ever been more excited!

Carlos Pace died on this day 40 years ago. The Interlagos circuit in Brazil is now named after him.

On this day 20 years ago Kimi Raikkonen won first time out for Ferrari while Lewis Hamilton impressed by finishing third on his debut behind McLaren team mate Fernando Alonso.