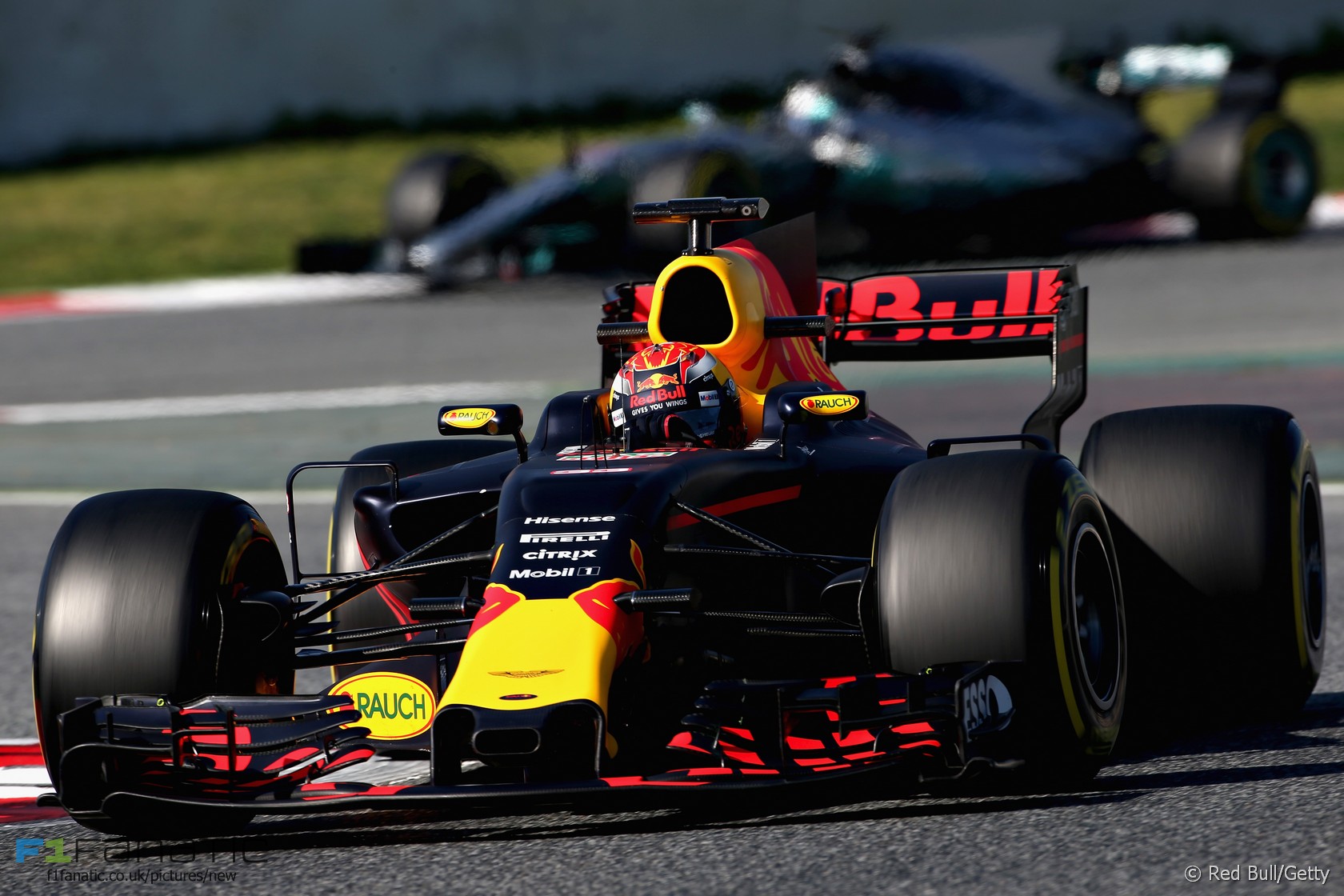 Has Formula One’s rules change for 2017 produced a radically different experience for the drivers?

Will overtaking be made more difficult by the increased reliance on downforce this year.

F1 Fanatic heard from a selection of top drivers during testing after pre-season testing gave them their first experience of the new machines.

Obviously they are different, quite big rules changes, you have more grip and the cars are faster. They are different but they are more like used to be. They’re different: are they more hard, easy? It depends. I think it’s always harder to go fast but I like them.
Kimi Raikkonen

I think the speed difference between the cars from last year is a good step. It’s more enjoyable through the fast corners.
Max Verstappen

The load is higher and the grip is more, but not a surprise. It’s another car. There’s not much more to add to it.

For sure there’s a step, but it’s an exciting one, the car’s feel nice to drive, grippy. So yeah, it’s cool!
Lance Stroll

It’s better than last year but I think everybody is saying that. It’s quite a bit faster due to the new regulations. Different car to drive, different tyres I had a feel of them last year already so I knew a little more what to expect. I think a combination where you can go faster, as a drivers, is always nice.

I think from a driver’s point of view it’s pretty much better everywhere. Braking is better, cornering is better, you’ve got much more grip so then also in low-speed where arguably the downforce effect is less you obviously have wider tyres so more grip from them. It works pretty much like an Aspirin, fixes everything. It’s difficult to compare. It’s a different animal, different beast.
Sebastian Vettel

Definitely it’s a big change. The car is a hell of a lot faster, a lot more dynamic. And I think that is very positive and good. Absolutely enjoyed all my time here in the car and looking forward to the year.
Nico Hulkenberg

When the proposals for the design came out the engineers said this is the wrong design, this is the wrong way. Some teams, at least my engineers, said it’s going to make the cars faster, give us more downforce, but it’s going to be harder to follower. There’s more turbulence, stronger, more powerful vortices coming out the end back of our cars which ultimately effects the car behind.

But obviously they weren’t necessarily listened to and now we’ve got these cars which look fantastic, I think, and they drive amazingly well. But just as you get behind the other car, imagine the other car has one hundred percent pure air in front and the car behind has at least half or less than that.

So the car behind is getting dirty air so basically when you get behind a car the car feels one way for a second and then you get a crosswind or something that you’re not expecting or you lose front end grip because the front wing stops getting force on the car or the rear does, for example. It makes you then have to lift – and you never get close enough. I’ve experienced that behind several different cars. It’s not so easy.
Lewis Hamilton