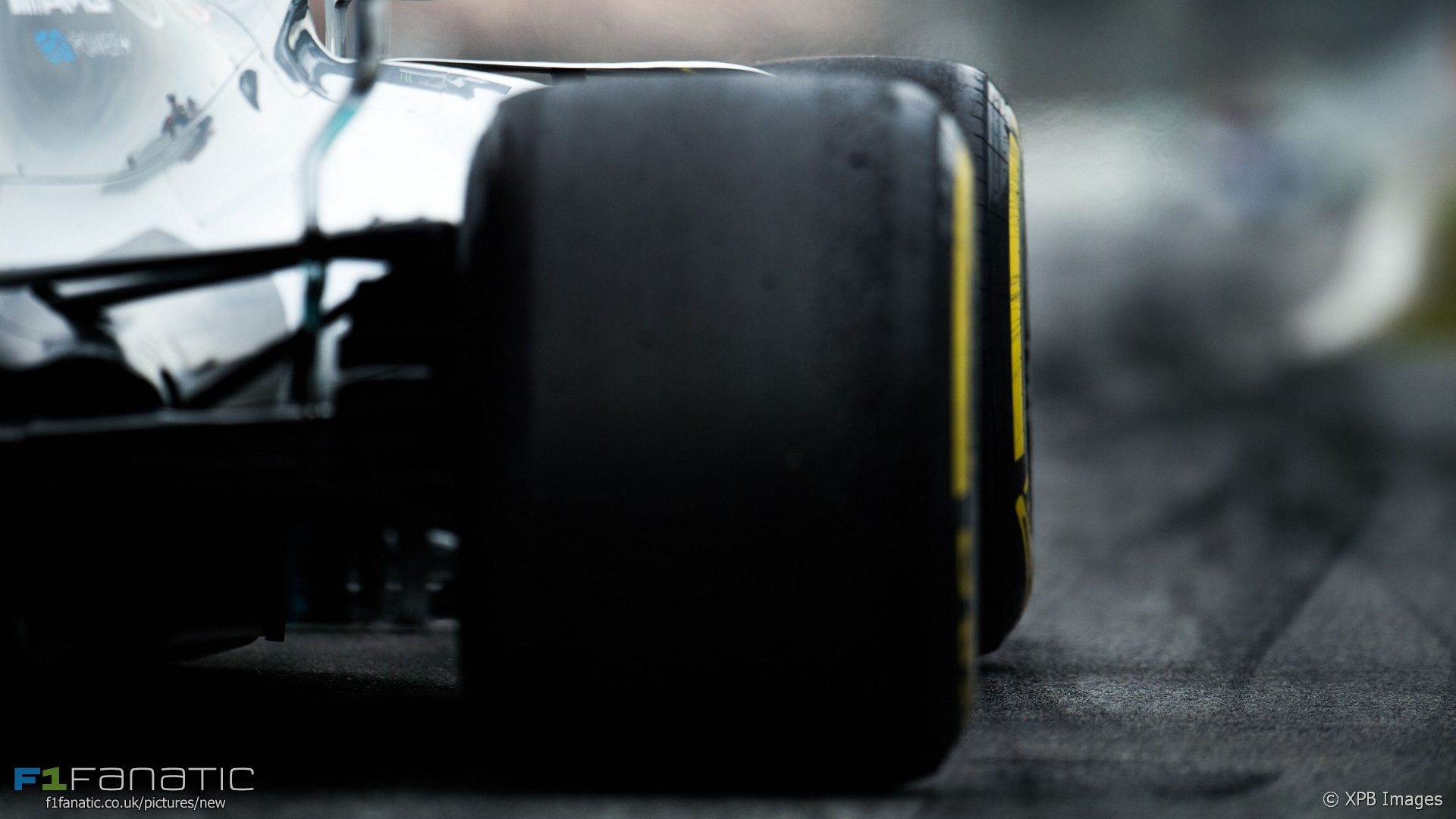 They’re wider and should last longer. And all the other changes Formula One has lined up for 2017 won’t achieve much if its new tyres aren’t up to scratch.

Sometimes last year the slower you drove the better lap time you could do because you were saving the tyres, or maximise the stint.

This year it seems you are able to push the car a little bit more and use your own driving style a bit to maximise the timed lap.
Fernando Alonso

The degradation’s very low. Obviously the tyre’s completely different. Pirelli wanted to have a very insensitive tyre thermal degradation and they’ve done it because you can keep pushing and the tyre keeps hanging on.
Jolyon Palmer

Obviously you’ve got wider tyres, I had a feel of them last year already with the tyre testing, helping to develop [them].

It was already a step forward on the mechanical side, obviously the tyres are quite a bit wider and more draggy so slower down the straights. But faster in the corners which is always more enjoyable for us. If the straight is a bit longer, doesn’t really matter, but if the corner is faster then it’s more fun.
Sebastian Vettel

[In slow corners] you have a lot more traction. That was very difficult last year, you had to find a good compromise for that, a good exit out of the corner. But with such wide tyres and such big cars that’s a lot better now.
Max Verstappen

It’s much better [the tyres]. I think with the width of the tyre we could get more grip from them. But again it’s a good step and they’ve made some progress on a lot of things we’ve been asking for.

I think overheating was an issue going into qualifying but it was mainly an issue when you were following another car and you wanted to go for an overtaking manoeuvre. You lose downforce, that’s a fact. But if you lose downforce and then you slide more and if you slide more you wreck more your tyres then there was no chance you could try to go for an overtaking manoeuvre. Right now you’re going to lose a big chunk of downforce but if the tyres at least doesn’t overheat then it gives you a chance to make up for it.

I think there’s been some work done, it’s a step better, that’s what they wanted, I’m sure there’s always room for improvement. But the lock-up thing is one thing because in testing, in first practice, you get a front lock-up into turn one, and then the whole session was gone. Right now that looks much better.

We had a lot of graining last year in winter testing, we don’t have graining here. The super-soft is capable of doing two or three laps. It’s a very good step.
Romain Grosjean

I think in terms of tyres from my feeling it is not a massive difference in terms of how sudden the loss of grip is. Only the case if the tyre is not hot enough which is easy in these kind of conditions, especially with the harder compounds, it is sometimes quite tricky to get them to work.

Then they are quite snappy, if you have oversteer it’s very sudden. But if you have the softer compounds and once you get them into the temperature it feels like very much the same rate of sliding or losing the grip than last year’s.
Valtteri Bottas