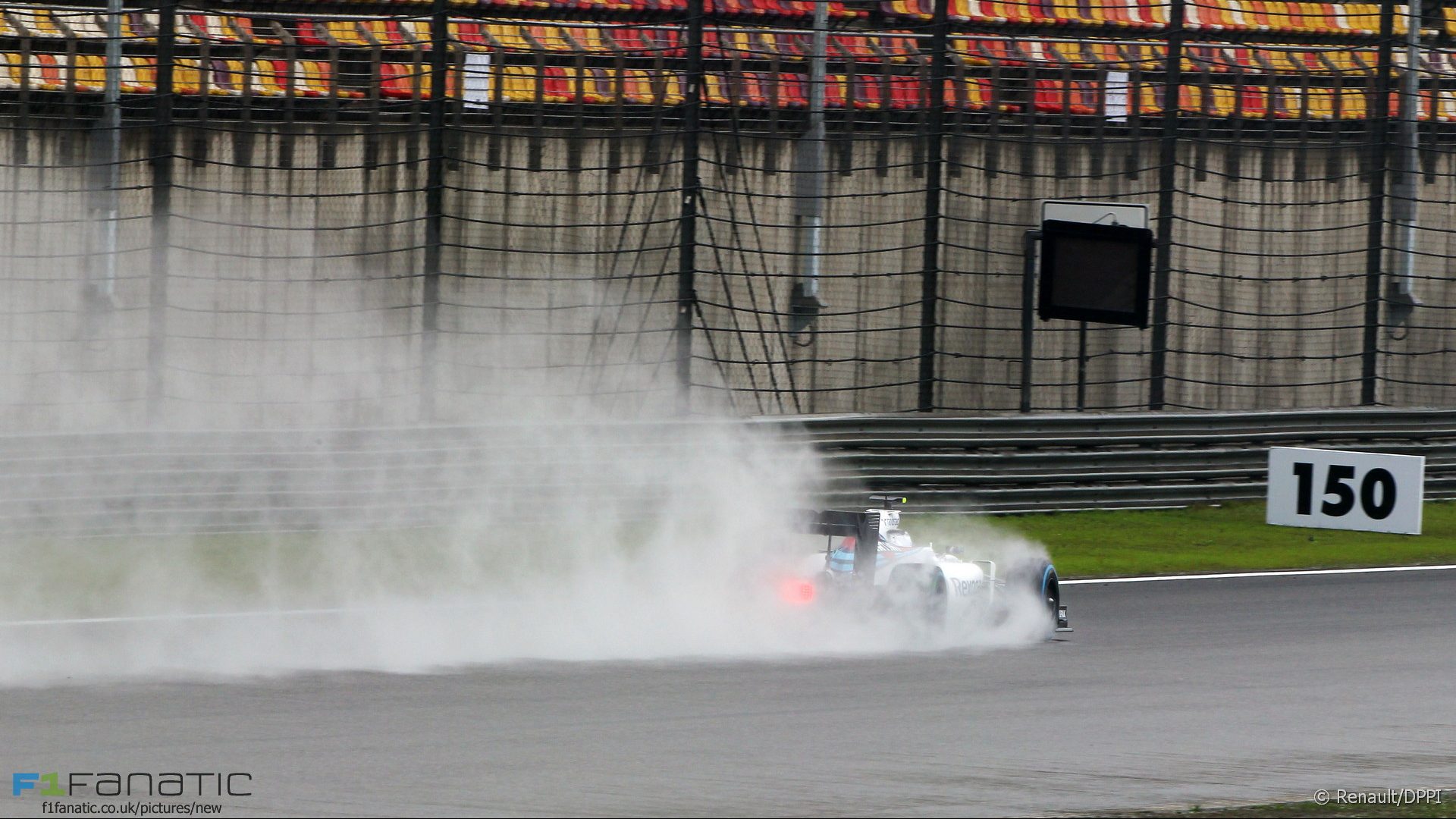 Practice for the Chinese Grand Prix is expected to open on a damp circuit tomorrow and rain may return for the second race of the 2017 season.

With the first session of the weekend less than 24 hours away forecasters increasingly expect a wet start tomorrow. Drizzle is expected throughout the morning and cars are due on track at 10am.

The afternoon session, which begins four hours later, may also be affected. Low air temperatures and little support race action (the track will remain empty between Friday’s two F1 sessions) will do little to dry the surface.

However by Friday afternoon the first band of rain should have passed through the area leaving a good chance of dry conditions for Saturday practice and qualifying. By the afternoon the cloud cover may even begin to lift, but only temporarily.

More intense rain is expected on Sunday morning which should make life difficult for the Porsche Carrera Cup Asia drivers in the day’s only support race at 11:20am. By the time the F1 cars head out for their formation lap over two-and-a-half hours later the rain should have eased or even stopped, but the track will have been well doused.

China’s round of the world championship is no stranger to cool and rainy conditions. The two days of build-up before the race will see air temperatures struggling to get above 18C. Race day temperatures could be as low as 13C.

At a track like Shanghai this would previously have meant a high risk of tyre graining. How Pirelli’s new rubber responds to these conditions will play an important role in shaping the upcoming weekend if the rain stays away.

See the location of every race on the 2017 F1 calendar here:

19 comments on “Rain may return on race day in Shanghai”