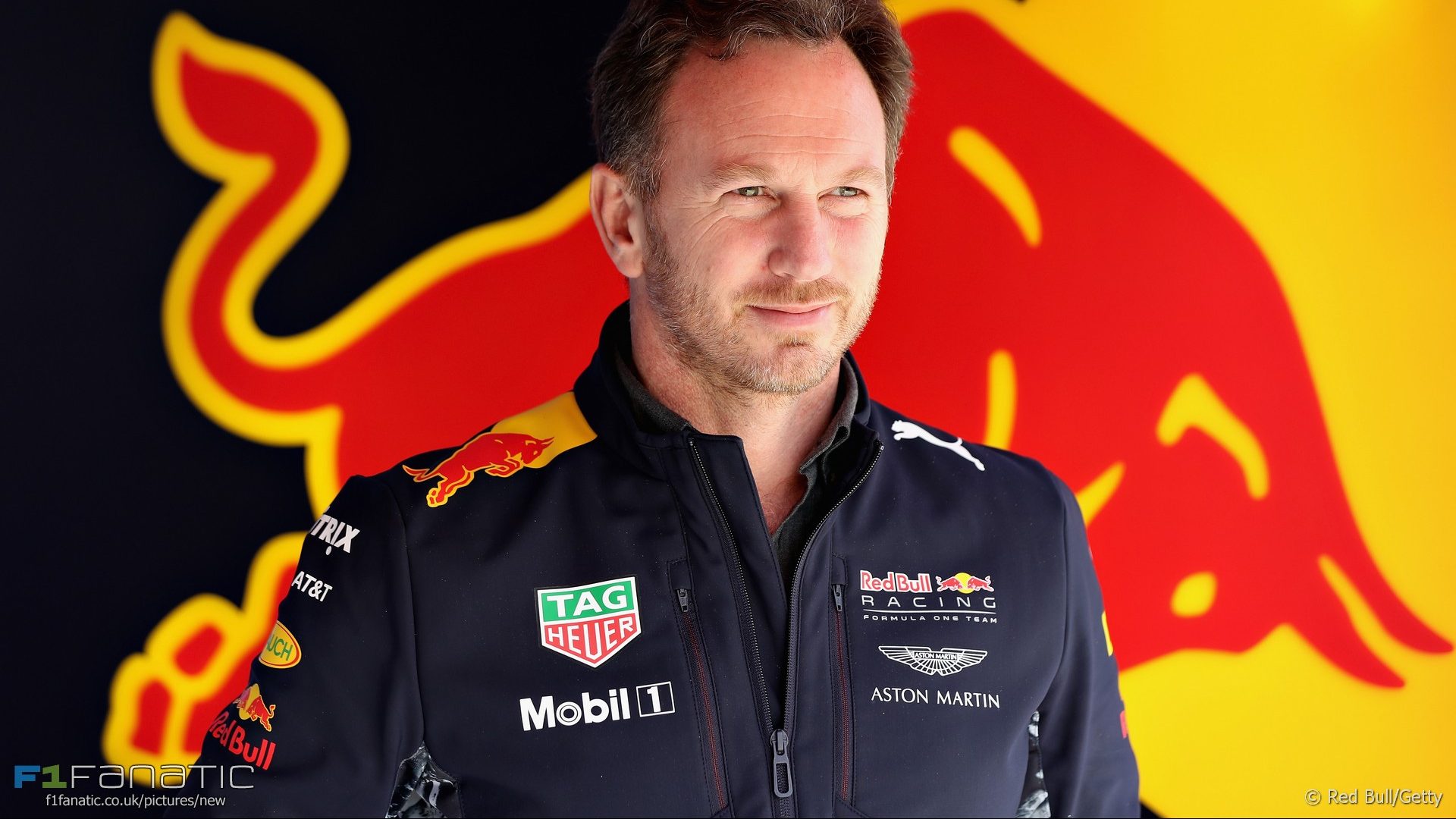 The Red Bull team principal rejected calls for F1 to introduce a double-header race weekend format including a reverse grid race which offers fewer points than the main event.

“I hate that idea,” he told Sky. “I think the grand prix is the big event on a Sunday afternoon. Anything gimmicky around that is just WWF [WWE], to be honest with you.”

“Let’s create great content and have great racing on a Sunday afternoon. Get the drivers racing wheel-to-wheel, let them be the heroes and then we don’t need gimmicks like Sunday reverse grids. We’ve got GP2 [Formula Two] for that.”

But Horner said teams would “end up playing percentage games” if the weekend format involved using the results from one race to set the starting grid for another.

“We’d have all these people running algorithms for where you need to finish on a Saturday, percentage points on a Sunday. And I think you’d detract from qualifying.”

“Qualifying is you bolt that last set of tyres on and you go for it, you want to see what they can do over a single lap.”

“I think qualifying can be really exciting,” he added. “Man and machine, the ultimate lap time, there’s things that we can do to improve that, hopefully. That is a spectacle in itself and the race is the next discipline.”

However Horner agreed the sport could make better use of the drivers’ availability during race weekends.

“I’d love to see the drivers more active over a grand prix weekend. Years ago there was the Procar series, we’d see them driving in a different discipline. Why not get them involved in something like that in a one-make formula?”

“Porsche Supercup: Why not stick the drivers all in that? If you moved it around you could have Aston Martin one weekend, have them all in Ferraris the next, all in Hondas the next. Or find a manufacturer that’s acceptable (to all the teams).”

“I think something like that, something to see the drivers’ skill, their personality. They’re pretty quiet over a grand prix weekend, the sessions used to be longer, there used to be Sunday morning warm-ups. They used to be a lot more active. They have time on their hands now.”

18 comments on “Double header races are a ‘WWF gimmick’ – Horner”