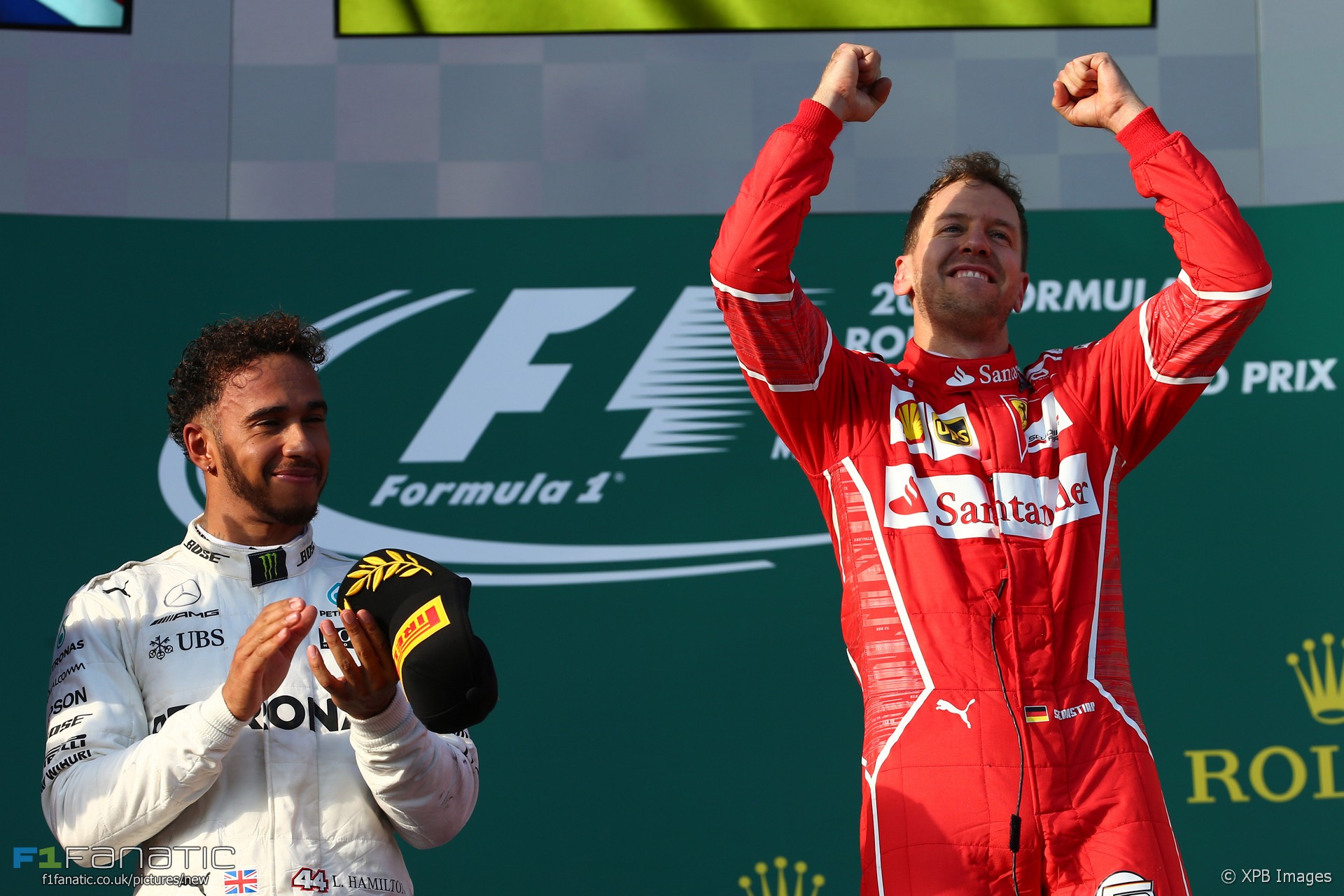 In the round-up: Sebastian Vettel believes Mercedes are still the team to beat in qualifying but Ferrari are faster in the races.

"Mercedes has a very strong package - you see that in qualifying where I believe that they are still a bit ahead. But a race is always a different matter. I would say that we've been slightly faster - and maybe you can make a difference as well."

'Ferrari won it, they did the better job' - Hamilton (Channel 4)

"For sure you can always go back in lots of scenarios and say if you'd done this differently you could win, but that’s hindsight... so we have to do a better job."

"In Australia it was a record for us, the fuel saving. It's going to be difficult for us this year, as long as the engine doesn't improve."

"However, the Dutchman did confirm the now-banned systems had been a development path the team had been considering and many in the paddock have suggested the RB13's handling imbalance may be linked to the crackdown."

"I think for me at the moment we don't have enough rear grip, so downforce basically."

"It surprised us he actually got medical approval to be able to be in the car again that quickly, and the doctors also told us it's the result of having such a fit condition."

In search of Pascal Wehrlein (Racer)

"Another rival team source believes the absence can be explained as Wehrlein being 'bloody lazy' over the winter, and not having started significant training before his accident."

"We will have higher numbers for degradation in the second part of the season, but still in the range of the (FIA) target letter."

"Showing emotion is one of the British driver’s traits that seems to rile many of his detractors."

One race into the season and Fernando seems destroyed. I've never seen such resignation in him. How much longer can he endure the struggle?

This season's technical regulations affect not only the Formula 1 cars, but also the race tracks! Renewed starting grid at Sochi Autodrom. pic.twitter.com/MQbXdVWd9n

If F1 is going to introduce new race formats, should they be for non-championship races only?

The non-championship races could be renamed as one off championships like the one-day classics in cycling. they could be geographically based, for example we could have the European Cup held at an old European circuit that doesn’t have a current slot on the F1 calendar. this would be way more marketable and attractive to attend/race than a “non-championship race” (which is basically an invitation to demure).

in fact to take the cycling analogy further we could have the one-off races have a special focus, like street circuits, fast tracks (Monza) or even artificially wet races (don’t kill me).
@Frood19

Jim Clark died on this day in 1968, during a Formula Two race at the Hockenheimring.

28 comments on “Ferrari quicker than Mercedes on race pace – Vettel”