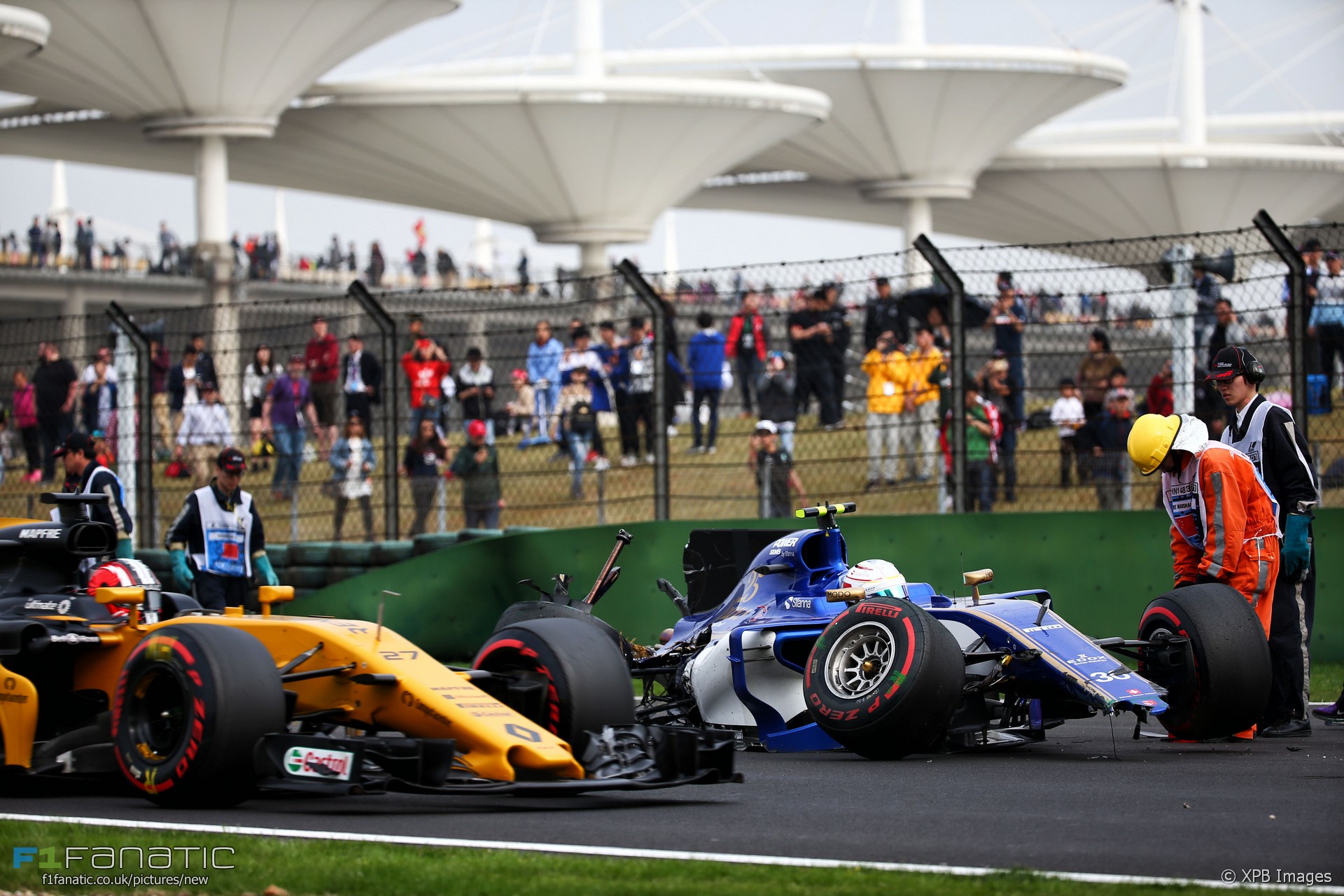 Romain Grosjean and Jolyon Palmer have been penalised five places on the grid for the Chinese Grand Prix.

The pair were found to have failed to slow down sufficiently for double waved yellow flags at the end of Q1. The flags were being waved following Antonio Giovinazzi’s crash at the final corner.

After hearing from the drivers and their teams the stewards ruled each had “attempted to set a meaningful lap time after passing through a double waved yellow marshalling sector”.

“The stewards also took into consideration that the driver made no attempt to significantly reduce his speed in the area of a double waved yellow flag.”

Palmer improved his time by almost 1.2 seconds on the lap he passed the scene of the crash. Grosjean’s lap was his only representative effort after he spun on his first run.

“The first lap was looking good in qualifying, then I spun on the last corner for some unexpected reason,” he said. “We need to look if I went a bit too hard on throttle on the exit.”

“The second lap was actually really good. I was aiming for P10, but Giovinazzi crashed at the last corner and I couldn’t complete my lap. It’s just hard luck.”

Both were also given three penalty points on their licenses. Palmer now has a total of seven, meaning he is more than halfway towards the twelve needed to receive a one-race ban.

Grosjean’s are his first of the 12-month period for which points remain on drivers’ licenses. Palmer will have at least seven penalty points on his license until the beginning of July.

The penalties are not subject to appeal.

4 comments on “Grosjean and Palmer hit with five-place penalties”