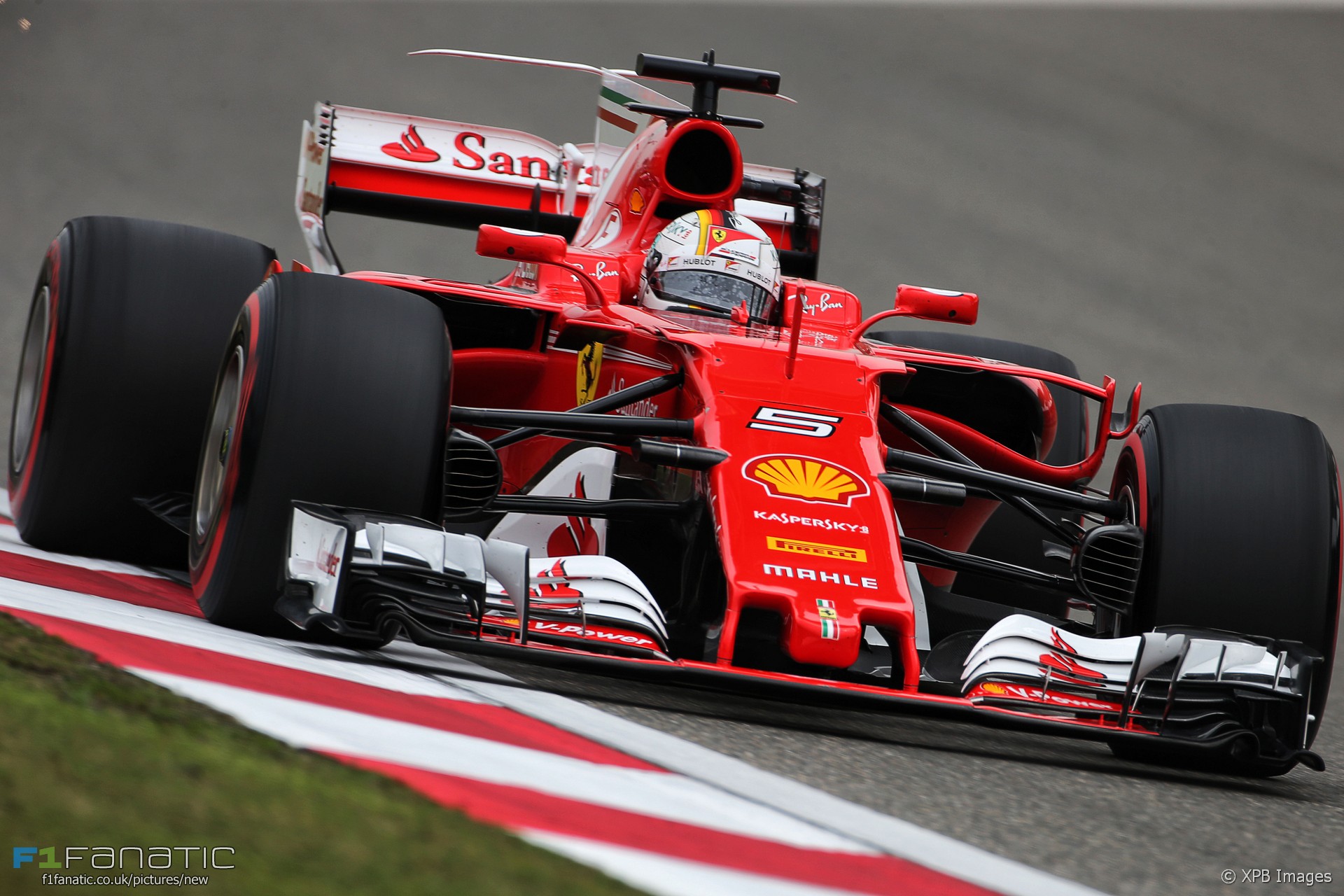 Sebastian Vettel admitted he could’ve found a little more time on his final qualifying lap if he hadn’t braked too early for the final corner.

The Australian Grand Prix winner will start from second place behind Lewis Hamilton for the second race in a row. He beat the other Mercedes of Valtteri Bottas by just one thousandth of a second.

Vettel said it “was a nice session, I enjoyed it a lot, if I could’ve been a bit quicker here I would have enjoyed it even more.”

“But I was very happy with the lap I had. Last corner maybe I lost a little bit, maybe ‘chickened’ onto the brakes a little bit too soon. Obviously it was very close with Valtteri so good job we just got enough margin to make it to the front row.”

The Ferrari driver won the season-opening race by jumping ahead of Hamilton through the pits. However he was reluctant to predict whether they would be quicker in the race again.

“It obviously depends what these guys are doing,” he said. “I think our car is strong no matter what.”

Vettel was quickest in Q1 and set the fastest time at the beginning of Q2 as well until it was beaten by his team mate. But he had no answer for Hamilton in the pole position shoot-out.

“Certainly we’ve seen also in previous years their quali they seem to really be able to get on top of what they have,” he added. “I think we can still improve so let’s see what the race looks like tomorrow.”

9 comments on “Vettel “chickened” on the brakes in final lap”