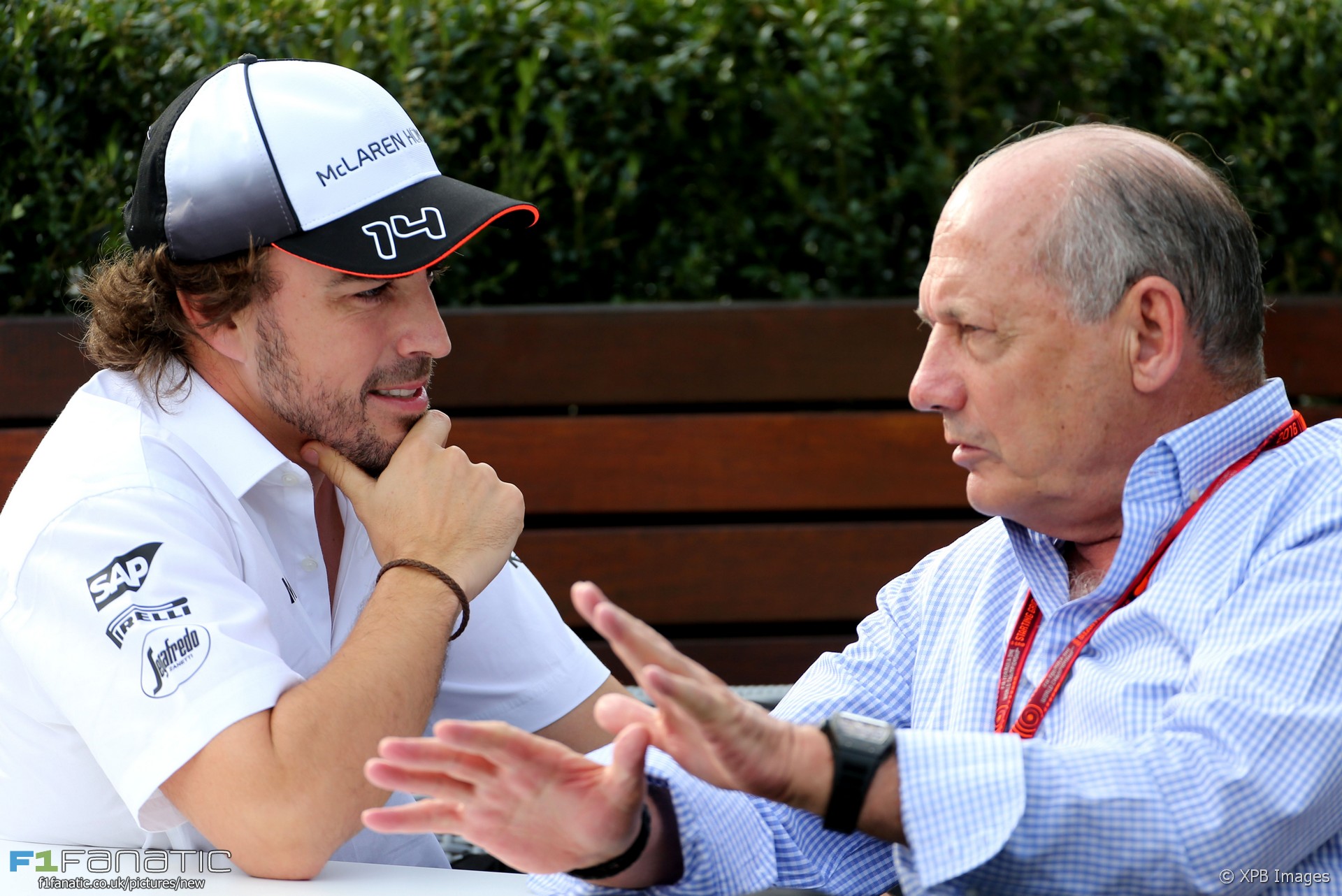 Fernando Alonso says his shock decision to race at the Indianapolis 500 would not have happened when Ron Dennis was still in charge at McLaren.

Asked if Dennis would have allowed him to miss the Monaco Grand Prix to race at Indianapolis, Alonso said “I guess not.”

“I think Zak [Brown, McLaren CEO] is a man that has a bigger vision than other team principals or bosses that I’ve had.”

“He sees motorsport differently, he sees McLaren bigger, not only concentrated in Formula One. McLaren won Le Mans a couple of times, won the Indy 500 in the past as well a couple of times. He’s a true racer. It’s great that McLaren and Zak joined forces last year.”

Formula One’s new owners Liberty Media are also more open to drivers racing in other categories, Alonso said, but he said the decision was down to him and McLaren.

“I don’t think they have a key role in all these decisions,” said Alonso, “it’s more a team decision.”

“But I think they are more open than in the past. We’ll see also with all the things we are allowed to do here now, a little bit more relaxed environment. I think it’s also great for Formula One.”

Alonso said yesterday McLaren’s poor performance this year has helped make the move possible, but he stressed he his desire to race in other categories is not new.

“It’s not that it came to our mind because this year we are struggling, or last year or the last two years,” he said.

“This is something that I keep repeating from 2014, I remember being in Ferrari and talking about the possibility to [Marco] Mattiacci and people in Ferrari even racing 24 Hours of Le Mans with a [Ferrari] 458. So it’s nothing new because of the performance of this year.”

Asked when he might find the time to race at Le Mans, Alonso jokingly replied: “I don’t know. It’s between Canada and Baku, no? We’ll see how many flight connections there are.”