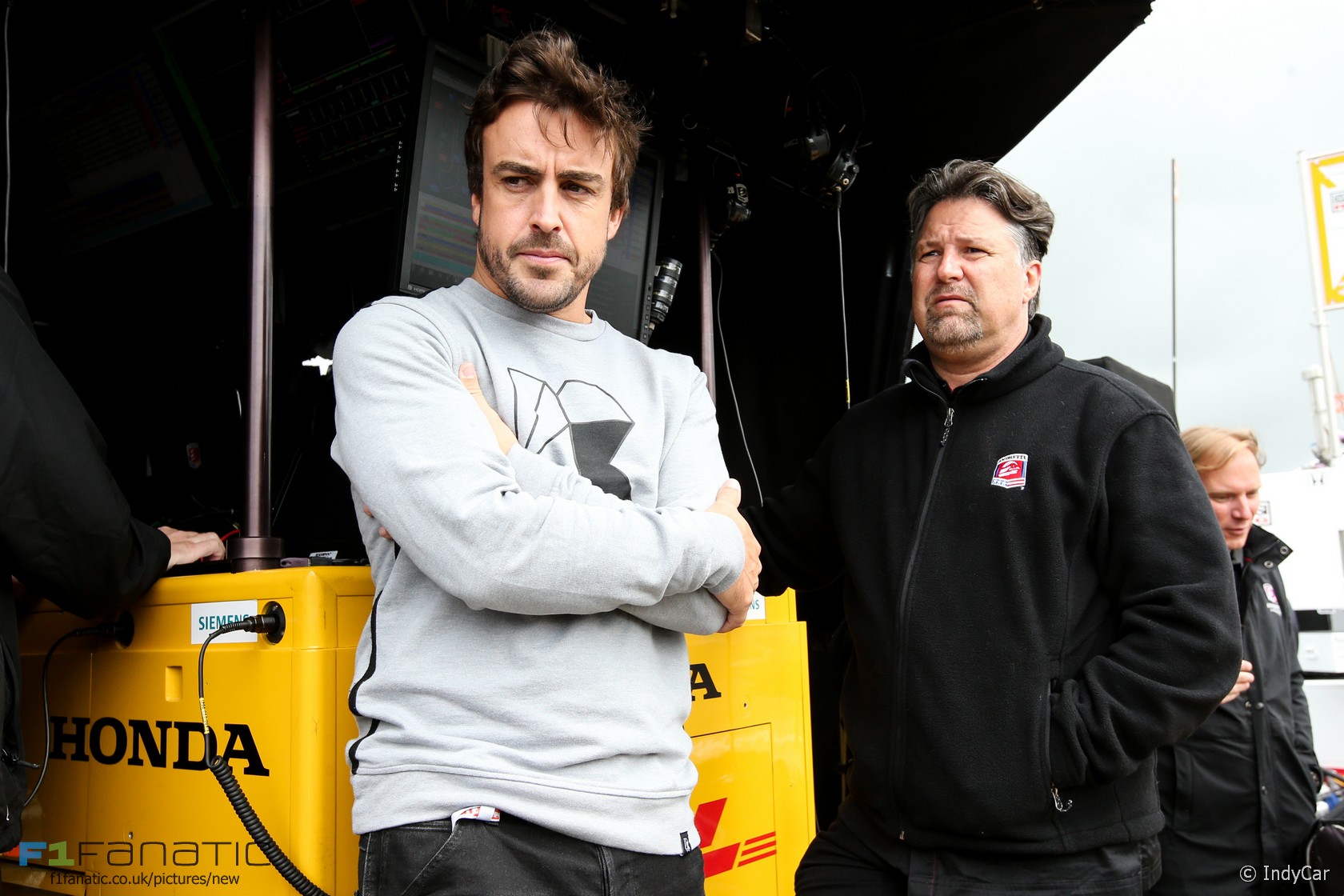 Fernando Alonso says his bid to win the Indianapolis 500 stems from his desire to “grow up” as a racing driver.

“Four or five years ago I started thinking about how to grow up as a driver and become a little bit a more complete driver,” Alonso explained in a press conference ahead of today’s IndyCar race in Alabama.

“To do so I think you need to win the best races in the world, the most prestigious races in the world. Howto achieve that I think is Formula One, Indy 500, 24 Hours Le Mans, which is called the ‘Triple Crown’.”

The McLaren driver said he previously thought he wouldn’t be able to go after the ‘Triple Crown’ until after his F1 career was over.

“That target – a very ambitious target because only one man in history did it – was quite attractive at the time. But I didn’t think it was possible to attempt another race apart from Formula One until I was retired from Formula One.”

“So to make it happen now, this year, is something that makes me very proud of my team and very happy because I will have the first attempt.”

“I think with the level of professionalism and commitment in the last two decades motorsport has been difficult to jump from one series to another in the same season,” he added. “So this has no precedence, probably, in history. The last drivers that attempted something similar had bigger experience or a couple of months’ preparation, more testing and different ovals and super-speedways tests as well.”

While Alonso wouldn’t be the first driver in history to win the race as a rookie – Alexander Rossi was the most recent to do so last year – he is prepared to consider a return if he doesn’t win.

“We’ll see on the 29th, Monday, what is the situation, how much I enjoyed the experience, how competitive I felt, whether I had fun which is the priority for me. I do this because I love racing cars, I love driving the fastest cars.”

“The name of Indy 500 is the biggest race in the world. It’s very attractive to race it, to enjoy and feel that unique experience. Everyone is telling me it’s a unique atmosphere and a very intense day. So after that I think wherever, despite the result we will achieve on Sunday we will think together what is the future from that point.”

“If I want to be the most complete, the best driver in the world and win all the series in different cars with different driving techniques that I need to adapt, I need to grow up as a driver. If I want to do that i need to win it. If it’s not this year we will plan it for the next attempt.”

Alonso believes the Indianapolis 500 will be a more difficult race to adapt to than the other element of the ‘Triple Crown’.

“I have this idea always to compete first in the 24 Hours of Le Mans because it’s a series that will not need a big adaptation time because the cars they feel similar, I guess, and some of the drivers that jump into the Le Mans car they have no difficultly in terms of adapting.”

“The biggest task is definitely the Indianapolis 500 for a Formula One driver.”

He expects the most challenging differences to mast will be “the traffic, the level of downforce, the feeling with the car and running with a car that is not symmetric on the straights, on braking.”

“The traffic is a big thing, is what I’m hearing. Let’s see if I can learn as quick as I can. I think the restarts, the strategies are a bit different as well.”

“But I’m with the best team possible for this type of lessons I need to learn. I’m also with a coach, Gil de Ferran, which I think will be very useful for all these new things I need to learn. We will be prepared, not now, but in three weeks’ time.”