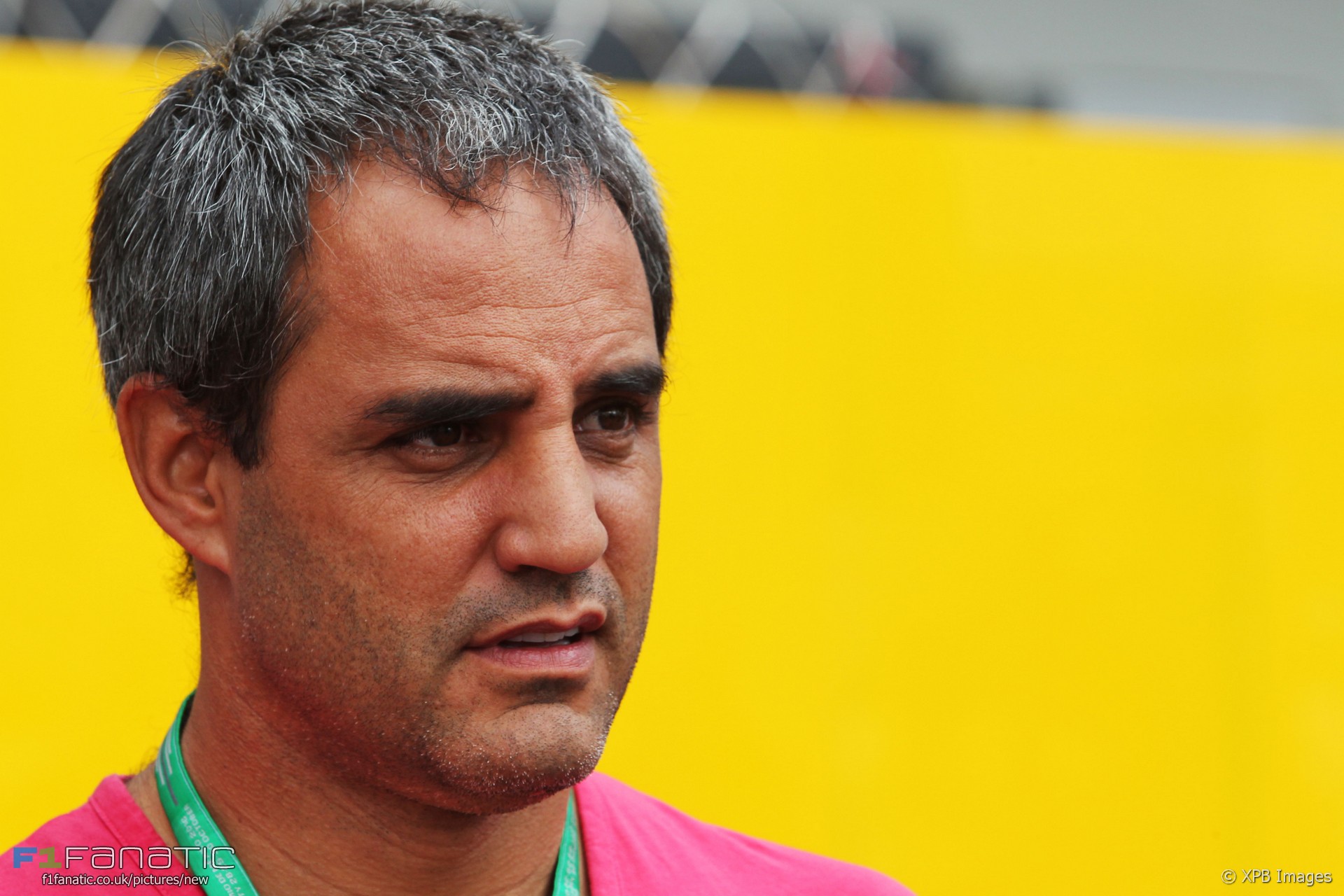 Fernando Alonso says he is studying the approach of ex-F1 driver and two-times Indianapolis 500 winner Juan Pablo Montoya to prepare for his debut in the race.

Asked if he was looking forward to competing with Montoya again Alonso joked “I don’t know if he will be in the front!”

Montoya won the Indianapolis 500 as a rookie in 2000, then returned 14 years later and won it a second time the following year. Next month’s race is one of only two IndyCar races Montoya is scheduled to start this year.

Alonso said it was “great” to be taking on Montoya again. “To race against the best drivers in the world, that’s the main thing.”

“Here not only Juan Pablo, I race Oriol Servia as well that I know quite well. There a few drivers, 20-25% of the drivers I know from F1 past, or the recent past.”

“I take Juan Pablo like one of the best drivers in the world, one of the most talented drivers I ever competed against. So to come here and to drive together in the super-speedway will be a massive thing for me.”

“Hopefully I will learn as quick as I can. I’m watching a lot of his onboard cameras because I think he’s one of the best out there. Really looking forward to talk in Indy with him and have some dinners or something because any tips will be very welcome from him.”

Montoya has won two of the three races in the ‘Triple Crown’ Alonso is seeking: the Indy 500 and the Monaco Grand Prix. He has not won the Le Mans 24 Hours, but tested a Porsche LMP1 car in 2015.

Alonso admitted he’d had little feedback from rival Formula One drivers about his IndyCar plans.

“We don’t talk much there,” he told a press conference ahead of today’s IndyCar race at Barber Motorsports Park in Alabama. “It’s a different world.”

“I don’t know, the only thing I know is probably what you guys read because it’s what I read as well. Some of them are happy for me and happy for this and curious to see how competitive we can be.”

“Some others they are not happy with anything in life so this was another thing for their own problems.”

26 comments on “Alonso studying Montoya, “one of the best drivers”, before Indy debut”