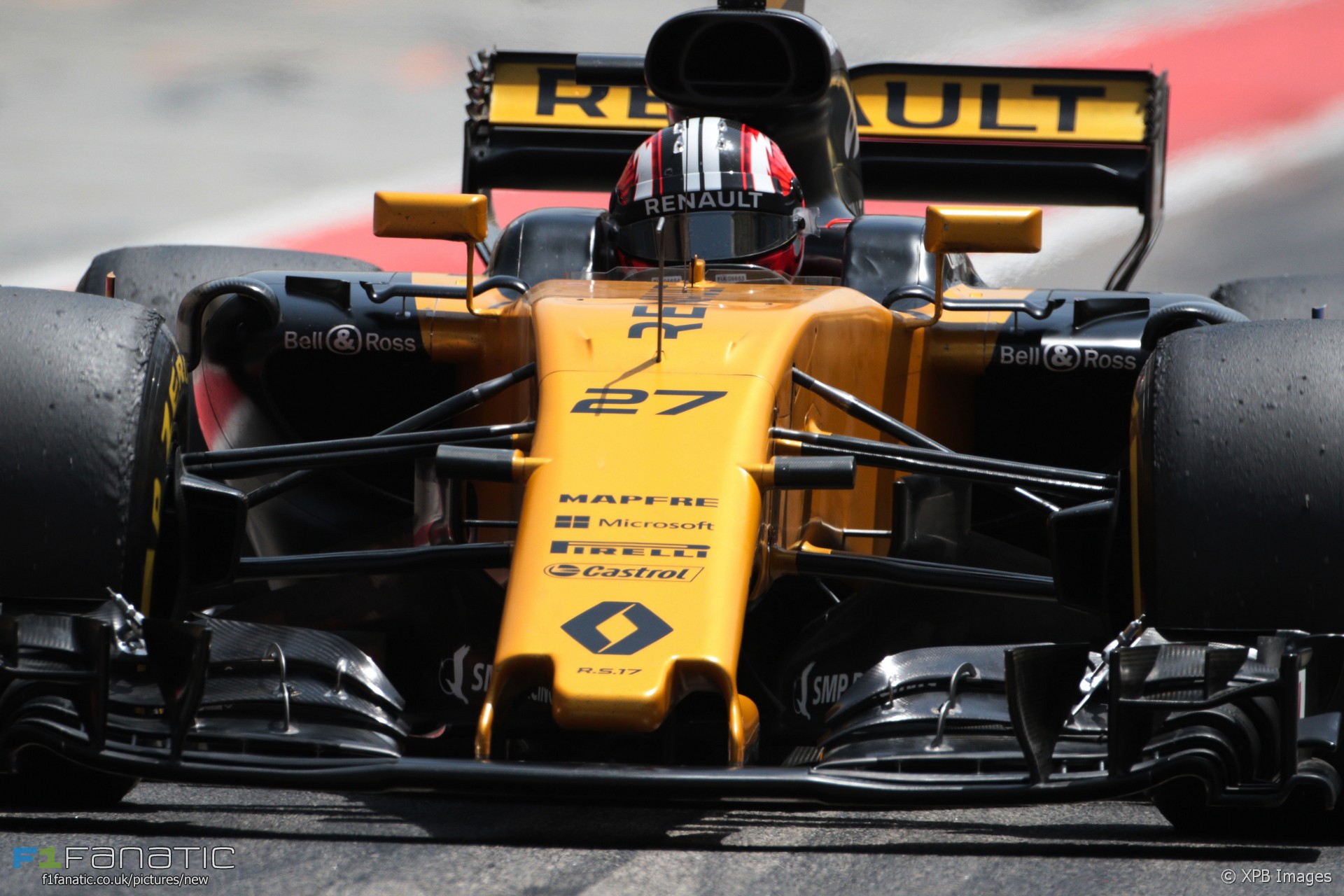 Renault is aiming to cure its lack of race pace with a new front wing which it will introduce at the Russian Grand Prix this weekend.

Although the team has made a major step forward with its qualifying performance in 2017 its drivers have consistently struggled to finish as high as they start so far this year.

“It’s pretty clear and we’re not under any illusion, we are currently qualifying better than we race and that’s a symptom of our current car performance,” said the team’s chief technical officer Bob Bell.

“We have a reasonable understanding of why this is and have a number of developments to address this in the realm of aerodynamics and suspension. We tested new parts – including a new front wing – in Bahrain designed to add more aero-performance to the car and also make it slightly more benign to engender better race pace.”

Bell said the RS17 is “not as well balanced as we’d like over a full stint” which explains the problems the team have been having. “You can get away with this over the course of a qualifying lap, where fresh tyres can mask the balance issue, [but] the performance is less consistent when you take to the longer runs of race stints.”

“The RS17 has a somewhat nervous corner entry, followed by mid-turn understeer, followed by a nervous exit making finding traction a challenge. If we can address these areas, our drivers will have a very effective race car at their disposal.”

“We believe the problems are aero related, so we’re primarily looking for the solution there. Once we have the entry-phase of the corner sorted, the rest should follow more easily.”

Bell described the team’s qualifying performance as a “big positive” for them. “If you have the pace the key is maintaining it; it’s easier to translate qualifying pace to race pace than to find basic performance.”

Sergey Sirotkin, who tested for the team in Bahrain, will drive in FP1 on Friday in Nico Hulkenberg’s car. It will be the F2 driver’s fourth practice appearance in F1 and his third in Russia.