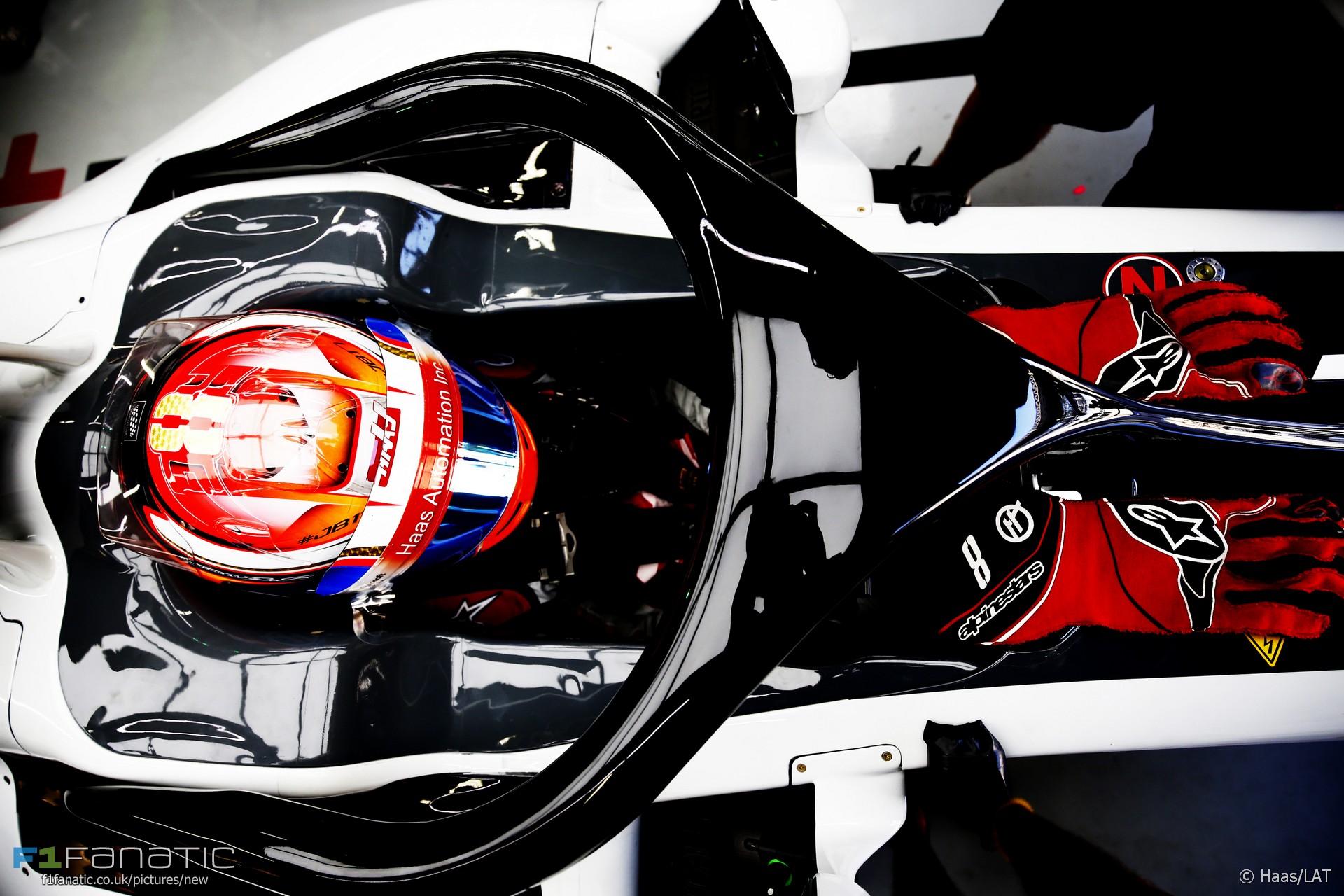 The FIA’s new head protection concept for 2018, dubbed Shield, has not won all the drivers over to the idea of partially enclosing the cockpits.

Speaking in today’s official press conference ahead of the Russian Grand Prix Romain Grosjean said he wasn’t in favour of either the Halo, which was tested last year, or the new Shield proposal.

“Can we choose nothing? Because I haven’t been a big fan of the Halo and I’m not a huge fan of the Shield either,” he said.

“And the next step is just to put a closed canopy on top of the helmet. I don’t want to see Formula One being closed cars.”

Grosjean isn’t the only driver who still opposes the plan to introduce a new form of head protection in 2018. Daniil Kvyat said he “agrees with Romain”.

“I think it’s enough for now,” said Kvyat. “The way the Formula One cars should look should remain the same. I think we have enough protection so far. If they are good ideas they should be considered but so far I am quite against it to be honest, both those options.”

Other drivers were more open to considered Shield as an alternative to Halo.

“We got a presentation in China about the new Shield,” explained Daniel Ricciardo. “We’ve still obviously got to see a bit more but first impressions seemed OK.”

“I guess we’ve now got to try and get some development on that, start to run it in some practices as soon as they can get it on the cars and get some more feedback on it. It’s good that they’re still looking for this head protection stuff, that’s positive.”

Valtteri Bottas said he “doesn’t mind the Shield, I think it looks OK. It’s definitely a good step compared to the Halo.”

“I wouldn’t mind trying out the Shield, see how it is for visibility, and if there’s any other issues” he added. “I think for safety it would be a good step compared to what we have now.”

However Kimi Raikkonen doubts whether the Shield offers a significant step forward over the previous design.

“Until we try it’s very hard to say how it is,” said Raikkonen. “Is it better visibility than the Halo? I don’t know.”

“Look-wise I don’t think there’s an awful lot of difference between either of them.”

The FIA intends to commence track tests of the Shield later this season.

48 comments on “‘I don’t want F1 to be closed cars’: Shield fails to win over Halo doubters”