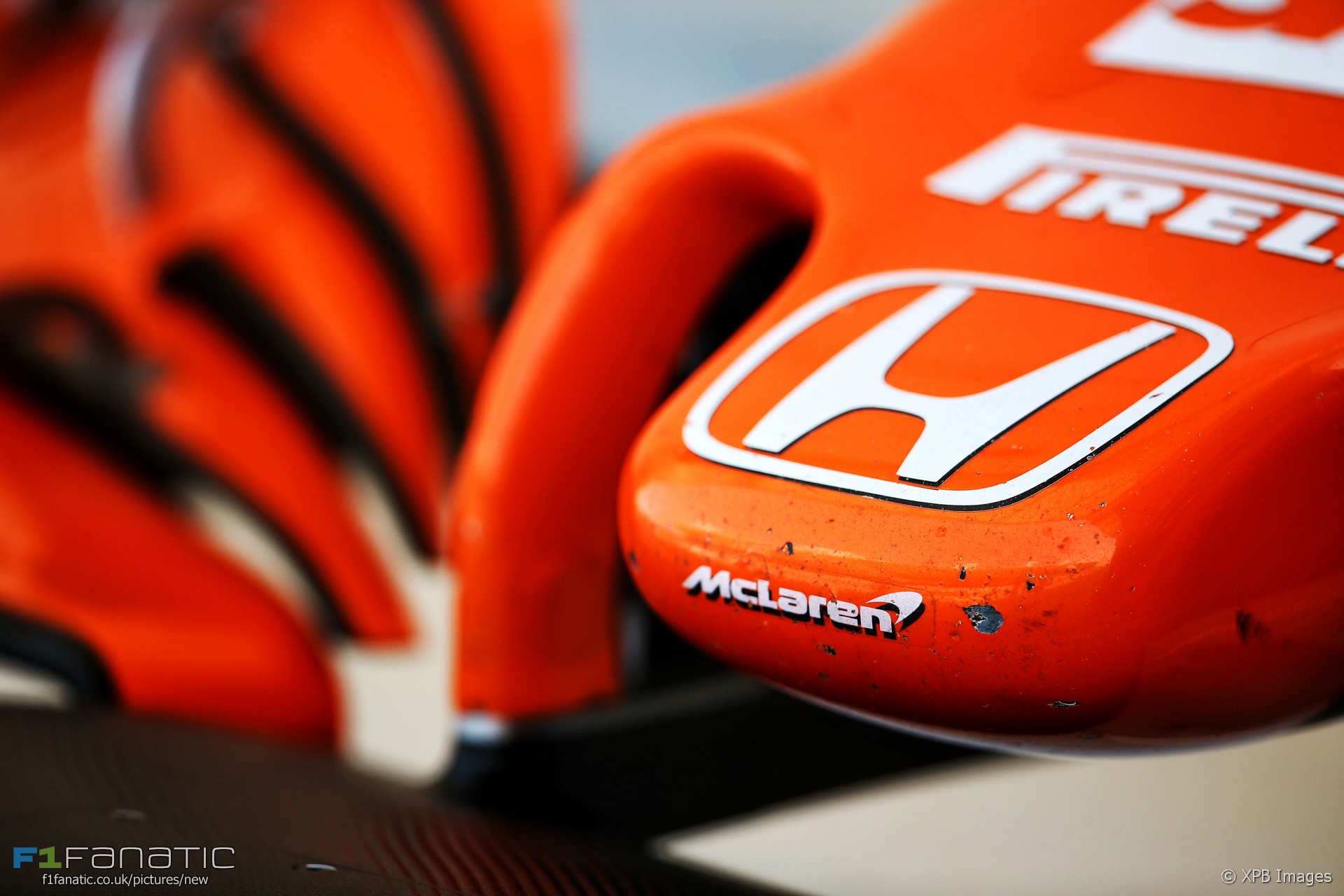 In the round-up: McLaren racing director Eric Boullier denies reports the team will switch back to using Mercedes engines in 2018.

"I am very confident to tell you that Eddie Jordan is wrong."

"They looked at ditching the Japanese manufacturer in the summer break but have now decided to stick with them until the end of the season. They will start the 2018 season with a Mercedes engine. In a move reminiscent of my deal to take over the Peugeot engines from McLaren in 1995 in order to facilitate their first move to Mercedes, Sauber will use the Honda engine next year."

"I saw news coming out this week about the FIA that the top three engines are within three tenths and I nearly put a comment on Twitter laughing at it."

"I think it's 2.5 seconds or three seconds on the straights on the whole circuit."

"We have been watching the TV feed from Sochi as it is now and it is fabulous. We can see the beautiful Olympic venues, great landscapes and there are no reasons to move it to evening hours."

"Our new policy has to be that if one driver of ours cannot go quicker than the other one then he has to think as a team and use his problems not to block the other one. But it is not a team order."

"Looking at qualifying, with the balance of the car I had today I don't think I'll be able to push flat out from the start to the end of the race, but Valtteri may be able to, he's much happier with his balance and he did a great job today."

Palmer suffers a dent to car and ego (Reuters)

"I... put it in the wall so it's quite difficult for me to point too many fingers at the team."

Completely farcical press call with Chase Carey and deputy Russian PM today. So much for the new era of change under Liberty. #F1

More than half an hour of hanging around, then a scrum with reporters pushed away by staff and then Chase departs having said nothing.

Crikey, on the back of that presser you have to wonder if Raikkonen will try and avoid qualifying in the top 3 again. #f1

Ahead of his fourth race, has Lance Stroll demonstrated he would have been better off doing F2 instead of F1?

Imagine how much quicker he’d be had he raced an F2 car, and imagine how many more points Williams could be scoring with Wehrlein alongside Massa.

A season as an official reserve incorporating an F2 campaign and plenty of testing with enough certainty of a 2018 deal to warrant the advance payment of daddy’s financial services would have been ultimately best for both parties.

Williams don’t lose points to an unprepared rookie, Stroll gets to develop away from the burning scrutiny of the paddock and can make a better impression when he finally does get his chance.
WilliamB (@William-brierty)

Jacky Ickx put his Ferrari on pole position for the Spanish Grand Prix at Jarama today in 1972.

A selection of F1 Fanatic’s top reads from last month which you might have missed: