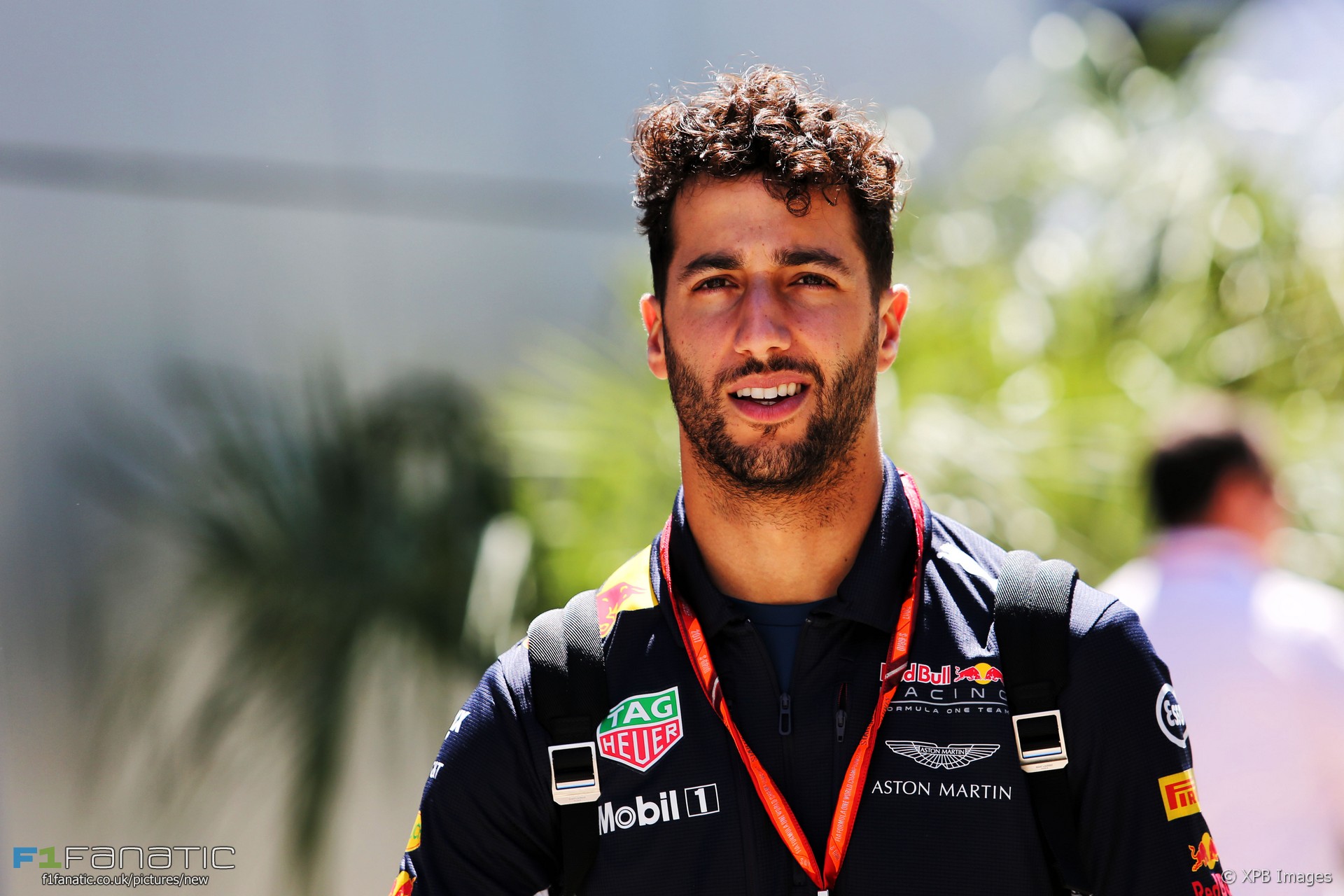 The hardest tyres will be used for the first time in a race weekend next week at the Circuit de Catalunya but Ricciardo is concerned drivers will find it difficult to use them.

“We’re going for the harder tyres for the first time this year in Barcelona,” he said. “I’m not sure if it’ll help us or not but I just don’t think it’s going to be good for anyone.”

“The tyres are already hard enough so the harder compounds are just way too hard. Hopefully for Barcelona’s sake it’s hot and therefore these harder tyres work, but if it’s cold then it’s going to be a struggle for everyone.”

Pirelli’s new, wider tyres for 2017 were developed in a series of tests involving Red Bull, Mercedes and Ferrari next season. F1’s official tyre supplier has also produced a back-up set of more aggressive tyres but has not used them yet and has said it does not expect to.

The final sector of the Barcelona track is where drivers often have the most problems with their tyres.

“The end of the lap is quite slow and that’s where your tyres start to drop off which is why it’s really hard to finish the lap clean,” said Ricciardo.

“Barcelona is one of the better circuits on the calendar and it’s got a bit of everything. Turns 1, 2 and 3 are really good flowing corners and the last section is very technical.”

Red Bull is bringing a revised version of its RB13 to the next race having been unable to contend with the top two teams during the opening four rounds.

“I hope the upgrade will give us a chance to really fight with Mercedes and Ferrari or at least get us closer,” said Ricciardo.

44 comments on “Harder tyres are “way too hard” – Ricciardo”