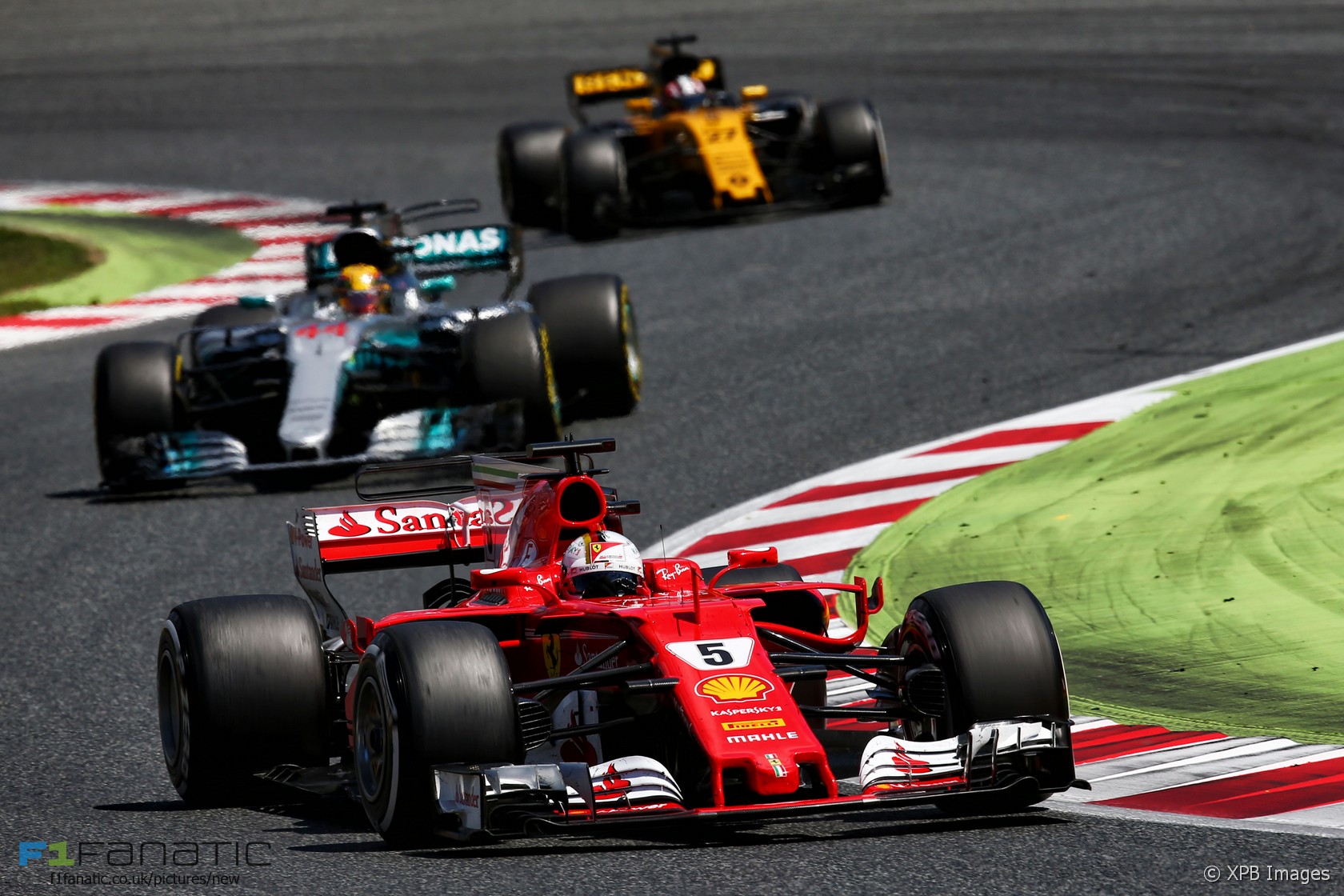 Sebastian Vettel has backed the strategy calls by his Ferrari team in the Spanish Grand Prix despite losing out on victory to Lewis Hamilton.

After leading early in the race, Ferrari opted to pit Vettel early for a second set of Soft tyres before switching to the more durable Medium compound for the final stint.

“I think we did the right thing in the strategy,” says Vettel. “Maybe there’s a couple of things we could’ve done better. But our tyre choice I think was the right one.”

Vettel led from start of the race after passing Hamilton on the run down to the first corner, but lost out after Hamilton overtook the Ferrari with the advantage of Soft tyres and DRS in the final stint.

“I was pushing. I had a really good start,” Vettel explains.

“I think Lewis and myself both picked up wheelspin straight away, then I pulled the clutch in again and I could gain on him. So I was really happy with that. Then again the run to Turn One was quite long, but I managed to stay ahead. Then I settled into a nice rhythm and everything was fine.”

Vettel also provided his account of the close encounter between the pair at Turn One following his final pit stop.

“Obviously Lewis stayed out longer, did the opposite, mirrored the strategy. So I knew in the end it would be crucial. When he came out, I was a bit surprised that he was so close. I tried to brake as late as possible and locked up – don’t know if we touched. But I managed to stay ahead, so it was pretty close.”

Despite missing out on his third victory of the season, Vettel continues to lead the drivers’ championship by six points from the Mercedes driver.

25 comments on “Ferrari made right call on strategy – Vettel”