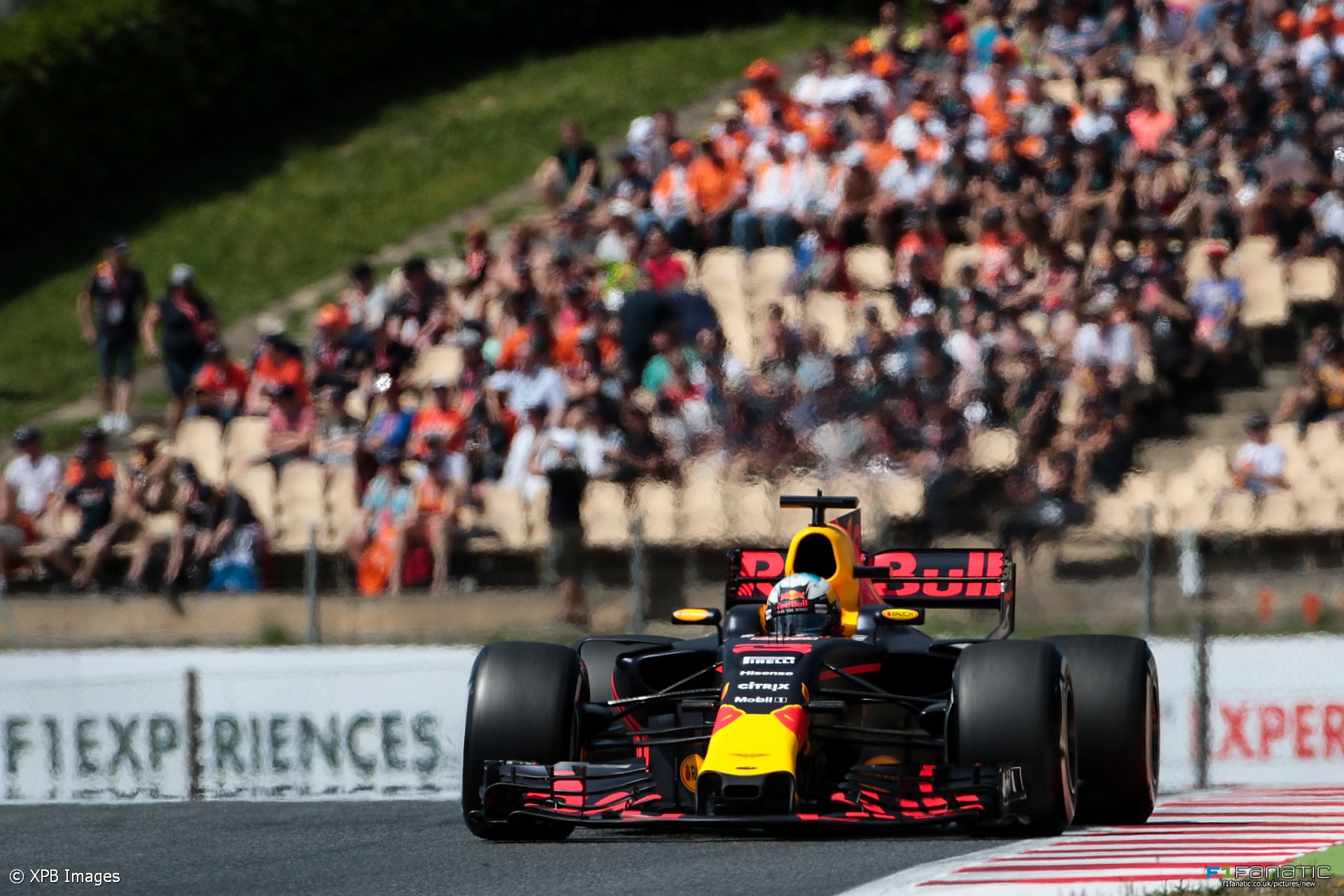 Daniel Ricciardo says he is ‘aware of the deficit’ to Ferrari and Mercedes despite securing his first podium of the season in Spain after Valtteri Bottas’s retirement.

The Red Bull driver finished third over a minute adrift of Lewis Hamilton and Sebastian Vettel despite the significant upgrades that the team had brought for the RB13 this weekend.

“I’m just trying to soak up the podium. Obviously Bottas had mechanical problems and we were fourth and got, let’s say, ‘promoted’ to third, but ‘honey badger’ will take what he can get.”

Ricciardo spent the majority of the Spanish Grand Prix alone, unable to eat into the gap of the leading pair but still comfortably faster than the chasing Force Indias of Perez and Esteban Ocon

“I was the next guy – I was the next victim!,” Ricciardo jokes. “But I was wondering – if they lapped me and took each other out, do I win the race but get lapped? How does that work?”

The Australian says that despite being unable to keep in touch with Ferrari and Mercedes in Spain, he is looking forward to returning to Monaco after coming so close to victory there in 2016.

“I’m about as keen as a 24-pack of mustard,” Ricciardo says. “Juicy goodness. Just beyond the mustard and all that juiciness.”

“I’m excited to get back there. I’m aware we probably don’t have the package that we had last year, but I’m still excited to rag the hell out of that car around those streets and remind people of my abilities.”