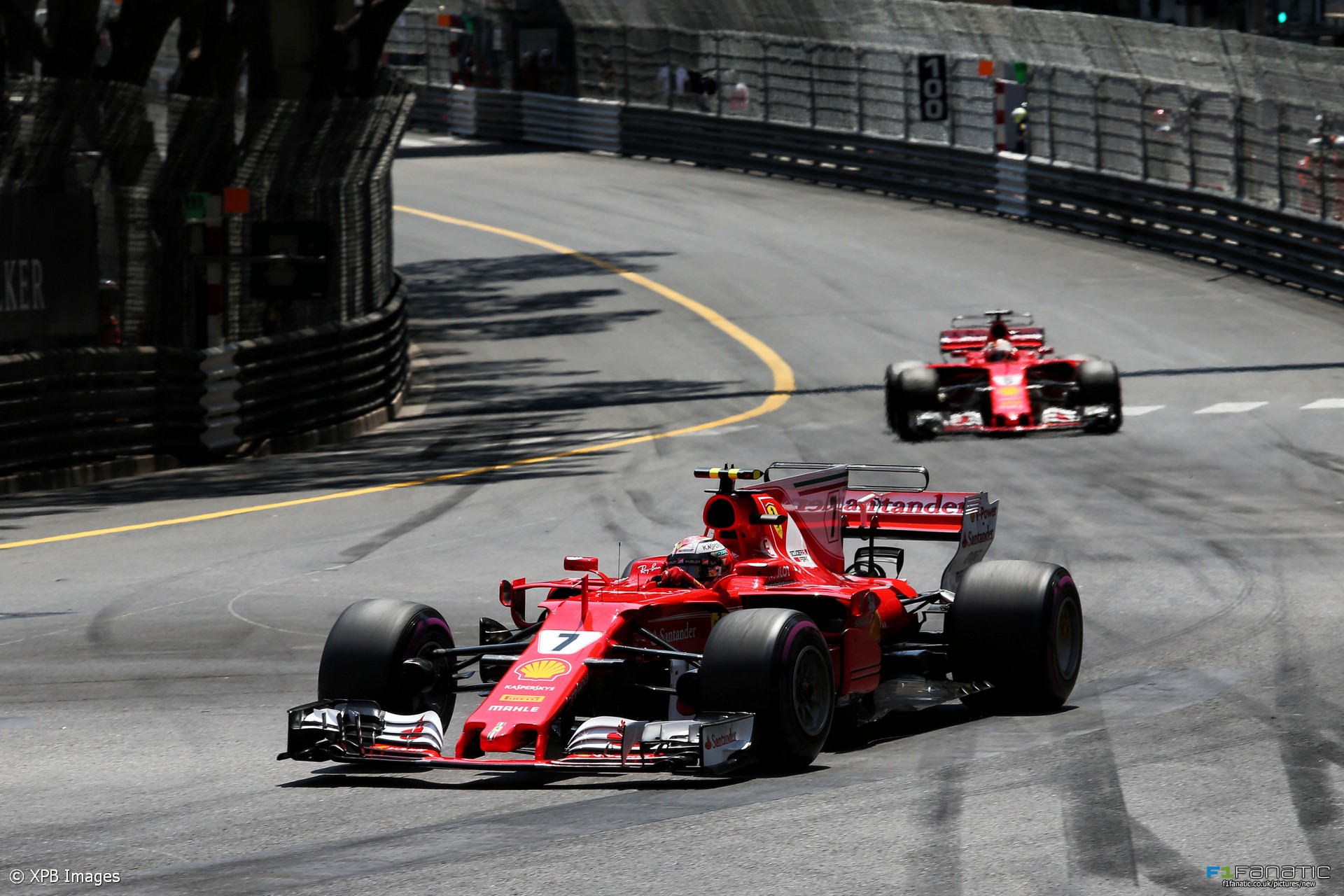 In the round-up: Ferrari say they did not plan to help Sebastian Vettel get past Kimi Raikkonen in the Monaco Grand Prix.

Team orders or not Mercedes have their own problems (BBC)

"There was no plan whatsoever to get Seb ahead."

"There is what happened, then there is why it happened. At the moment, because Ferrari is effectively a closed shop to media at the command of Maurizio Arrivabene who insists it should be satisfied with his post-race ‘statements’ (which tell us nothing of any interest), we can only speculate on ‘why’."

"I don’t currently feel that we have to have a number one. I think it’s really important now that we collectively work as a team but there might be some things along the way that position-wise, at some stage, might become valuable. "

"Following discussions about the current calendars, the group agreed to work towards a better alignment of all motor sport championship schedules in the coming seasons."

"I must say that I was a little disappointed when I heard about the new regulations in terms of weight of the car going up, but this is the toughest circuit for a heavy car and it is very nimble around here."

One F1 comeback is enough for Button (Reuters)

"It's definitely not the plan for me to race again this year in Formula One. In other categories, possibly yes."

"Unfortunately we lost about a second (in Max Verstappen's pit stop) through the pit lane, through the stop, the getaway, and just the positioning that we were compared to Bottas."

"He's very charismatic and a strong character who can help make the team better and better."

"I don't think pole was within reach. We see there is still a bit of extra boost that those guys have in Q3."

'I not only want to watch Indycar on TV, I want to go to a race' (Auto Express)

"So, a message to Gregory B. Maffei, President and Chief Executive Officer of Liberty Media who bought flailing F1 for a not inconsiderable sum, to Chase Carey, new Chief Executive of Formula One, and to Ross Brawn, Formula One’s Managing Director of Motorsports: it’s goodbye from me to Formula One until you discover what racing really is."

"I made a stupid reference, during an emotional weekend, to one of the nations that we fought in World War II."

Someone at @IndyCar give @JeanEricVergne a call pronto… #F1 #Indy500 #IndyCar pic.twitter.com/opCouix9gk

De Villota, Bianchi, Wilson, Surtees, Super Sic, Caseli, Edwards, Salom and Hayden. All on the helmet watching over us in the 24H Race 🙌🏽 pic.twitter.com/qnc1yhZnqr

Ruben was blown away by Fernando Alonso’s performance at Indianapolis:

I haven’t been this impressed with a drivers skill since Max Verstappen’s showing in Brazil.

To me, this has to go down as one of the greatest showings ever from a F1 driver outside of the sport. In an age where most drivers are focusing on a single discipline, he was always around the top 10 in a category so far out of his comfort zone and never looked out of position once. Alonso battled seasoned legends of IndyCar as if he did this a hundred times before and took no prisoners going inside and out. He looked like ‘one of them’ instead of ‘the new kid on the block’.

This showing should make him think about his future in motorsport. I loved seeing him competitive again and if the F1 team can’t provide the needs to do so, then IndyCar seems like a pretty good alternative right about now.

I can say nothing more but hats off to Fernando.
Ruben