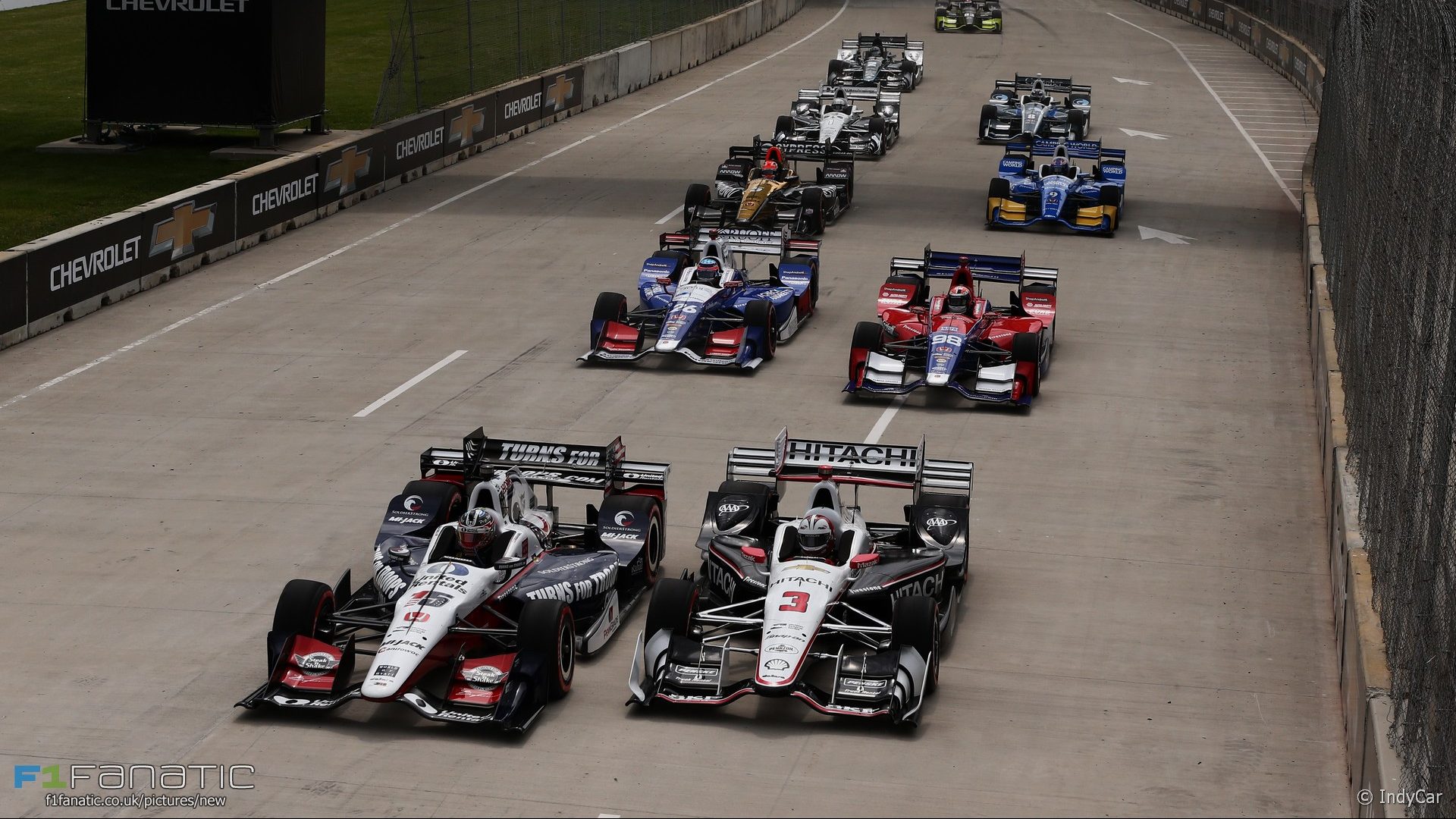 The IndyCar championship battle closed up over back-to-back races in Detroit last weekend.

Also in America last week the IMSA cars added to the Belle Isle traffic and the reigning NASCAR champion had a good day in the office.

Scott Dixon and Helio Castroneves left Belle Isle on top of the points standings despite neither of them having won a race so far in 2017. Castroneves reached the third anniversary of his last IndyCar victory despite starting both races inside the top four: A strategic gamble backfired in race one and he collected a puncture on Sunday.

Sato, Simon Pagenaud and Josef Newgarden will all arrive at Saturday’s race in Texas within striking distance of the championship lead. Newgarden took fourth in race one, pressing James Hinchcliffe hard in the final laps after the Schmidt driver bounced back from an early spin, and followed Rahal home after a red flag and restart at the end of race two.

Rahal’s double win has propelled him forward nine points in the standings to sixth, and he joins the ranks of championship contenders ahead of the race he won last year.

Jimmie Johnson won in Dover despite being sent to the back of the grid following a set-up change on his car ahead of the race. A multi-car crash after the race distance had already been extended sealed Johnson’s third victory of 2017.

The Taylor brothers’ streak of consecutive IMSA sports car championship wins looked in jeopardy when Ricky Taylor crashed their Cadillac DPi-VR in qualifying. But from 12th on the grid they worked through to the front, taking their fifth win in as many races.

Formula One heads to Canada while seven other series are in action next weekend:

11 comments on “IndyCar title fight closes up in Detroit”