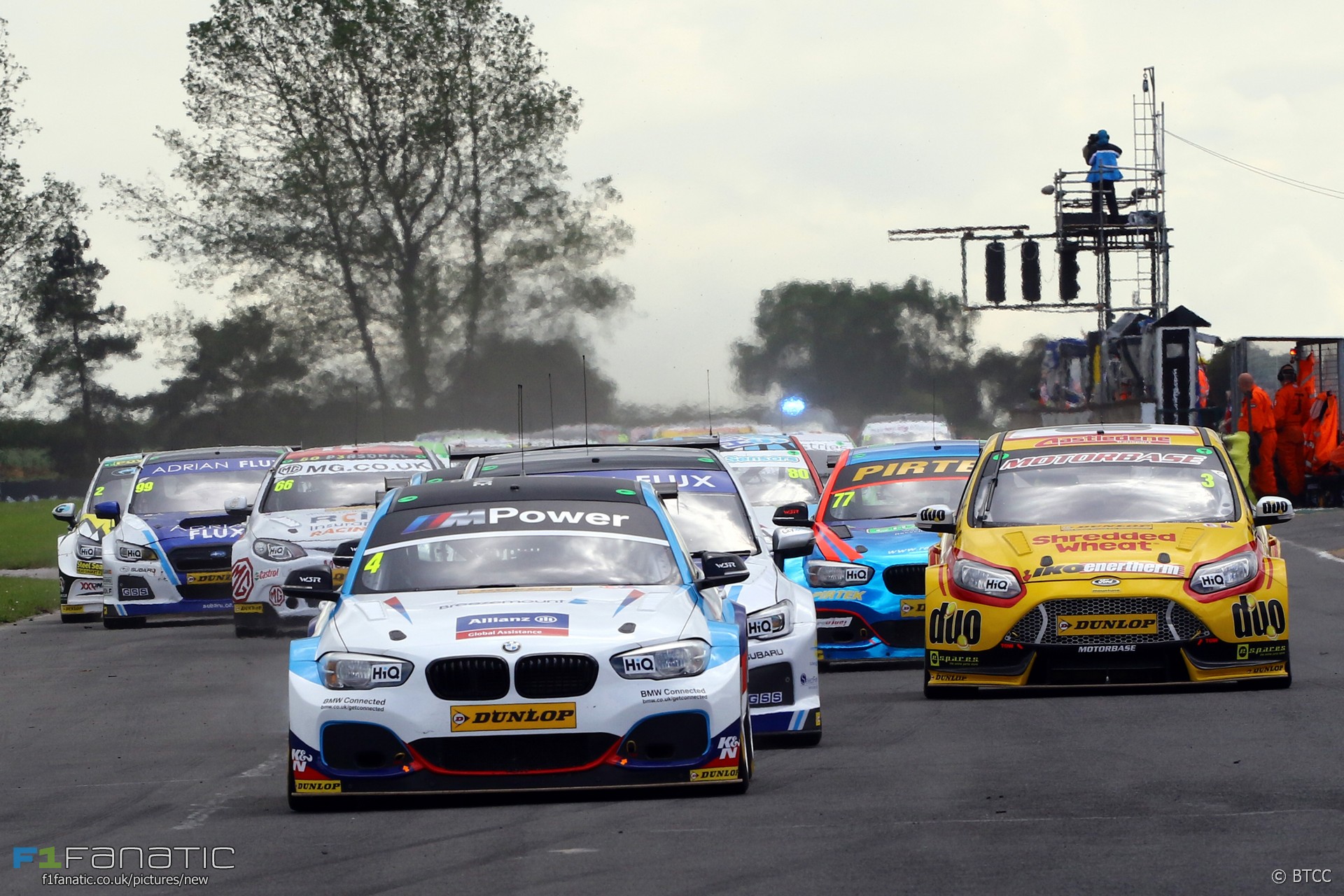 One BTCC driver is in intensive care and two others required hospital treatment after a twelve car crash during qualifying for the BTCC round at Croft.

Elsewhere only eight cars finished in a dramatic IndyCar race, there was a maiden winner in the World Rally Championship, and one driver stood out in Formula E with a double-header in Berlin.

BTCC EXCLUSIVE VIDEO: Here's how @Croft_Circuit Race 2 unfolded in 60 seconds….or so! Race 3 will be live on ITV4 #BTCC pic.twitter.com/e8yYt0vTvA

Davenport and Jeff Smith had to be cut from their cockpits following the incident in qualifying. Smith also remains in hospital in a serious but stable condition with multiple chest injuries, extensive shoulder injuries and concussion. Aron Taylor-Smith, who was knocked unconscious in the collision, was released from hospital on Saturday night.

The twelve-car pile-up accident was triggered when Davenport ran wide at the Jim Clark Esses and his car dropped oil onto an already-wet-track. Driver after driver spun into the barriers at the crash scene causing multiple impacts to stationary cars.

Ash Sutton took pole position in the shortened session and converted it into victory in race one. Colin Turkington chased him all the way, however, and the West Surrey Racing driver claimed race two after beating Sutton away from the line.

Mat Jackson brought some cheer to Motorbase by becoming the season’s ninth different winner in the final race. He resisted a late attack from Sutton at the final corner of the race. Rob Austin put up a stern defence throughout the race to hold third place, only to be pipped to the line by Jason Plato 0.041s. This was Plato’s first podium finish in what has been a trying season so far.

BTCC VIDEO: Race 3 from @Croft_Circuit in 60 seconds (well more like 110 seconds, as we couldn't squeeze all the action into just 1 minute) pic.twitter.com/iqwDw1lrUj

Will Power took his second victory of 2017 in another controversial visit to the Texas Motor Speedway for IndyCar. ‘Pack racing’ returned with a vengeance on the resurfaced, reprofiled oval and the red flags flew after six cars were eliminated in one crash on lap 152.

Just eight cars were still running at the front when the race finished. Among them was second-placed Tony Kanaan who served a penalty for triggering the crash which wiped out more than a quarter of the field.

Charlie Kimball took his first ever pole position but mechanical trouble forced the Ganassi-Honda driver out early on, making him the race’s only non-crash-related retirement.

Ott Tanak finally took his maiden victory in the WRC, holding off Jari-Matti Latvala and Thierry Neuville, with all three drivers taking points off of championship leader Sebastien Ogier who could only manage fifth after a puncture on Saturday.

Kris Meeke led early on but crashed for the fourth time in three rallies handing the lead to Hayden Paddon, however the Hyundai driver also his blew his chance of a victory early on Saturday afternoon, ripping the right rear corner from his car. Nearly every driver suffered an issue of some kind during the rally that cost them a shot at the win, while the newest addition to the line-up – Esapekka Lappi – surprised by taking the most stage wins during the event on his way to fourth.

Felix Rosenqvist took the chequered flag first in both races at the Berlein Templehof airport. But a costly mistake by his team in race two incurred him a time penalty which handed victory to Sebastien Buemi.

Lucas di Grassi started the 44-lap first race from pole but couldn’t resist Rosenqvist. It was a wasted day for Buemi who climbed nine places to finish fifth before being disqualified for having under-pressure tyres.

Rosenqvist’s dominant run in race two was spoiled when Mahindra released him from his pit box too soon, and into the path of team mate Nick Heidfeld. However Rosenqvist’s pace in the longer, 46-lap second race was sufficient for him to claim second ahead of Di Grassi.

Buemi therefore holds a 32-point lead in the championship over Di Grassi with a pair of double-header races left to run next month.

Johan Kristoffersson claimed his second win of the season to extend his championship lead, a drive that was especially impressive considering he was driving with an injured right foot. The injury occurred when his foot became trapped under Sebastien Loeb’s car. Andreas Bakkerud finished second with Loeb completing the podium ahead of Mattias Ekström, while Petter Solberg failed to make the final.

Harrison Scott opened up a huge championship lead after dominating the weekend in France. The RP Motorsport driver took grand slams in both races, leading all the way from pole position and setting fastest lap.

Championship rival Nikita Troitskiy came away with a pair of second places. Ameya Vaidyanathan reached the podium in race one and Jannes Fittje made his first visit to the rostrum in the second race.

Ryan Blaney became a winner for the first time in NASCAR by heading off Kevin Harvick in a close finish at Pocono. Blaney, who finished second in the season-opening Daytona 500, hit the front for the first time with ten laps to go at the Pennsylvania tri-oval.

Lewis Hamilton won a thrilling Canadian Grand Prix ahead of team mate Valtteri Bottas, but all of the action happened behind them. Daniel Ricciardo completed the podium while Sebastian Vettel recovered to fourth after having to pit early on for a new front wing after contact with Max Verstappen at turn one. Verstappen retired early on after a demon start to jump from fifth to second.

Andrea Dovizioso won his second race in a row in Moto GP and closed to within seven points of Maverick Vinales. The championship leader endured a difficult weekend at the Circuit de Catalunya, finishing just tenth. Honda team mates Marc Marquez and Dani Pedrosa completed the podium while Valentino Rossi also struggled on his Yamaha and only managed eighth.