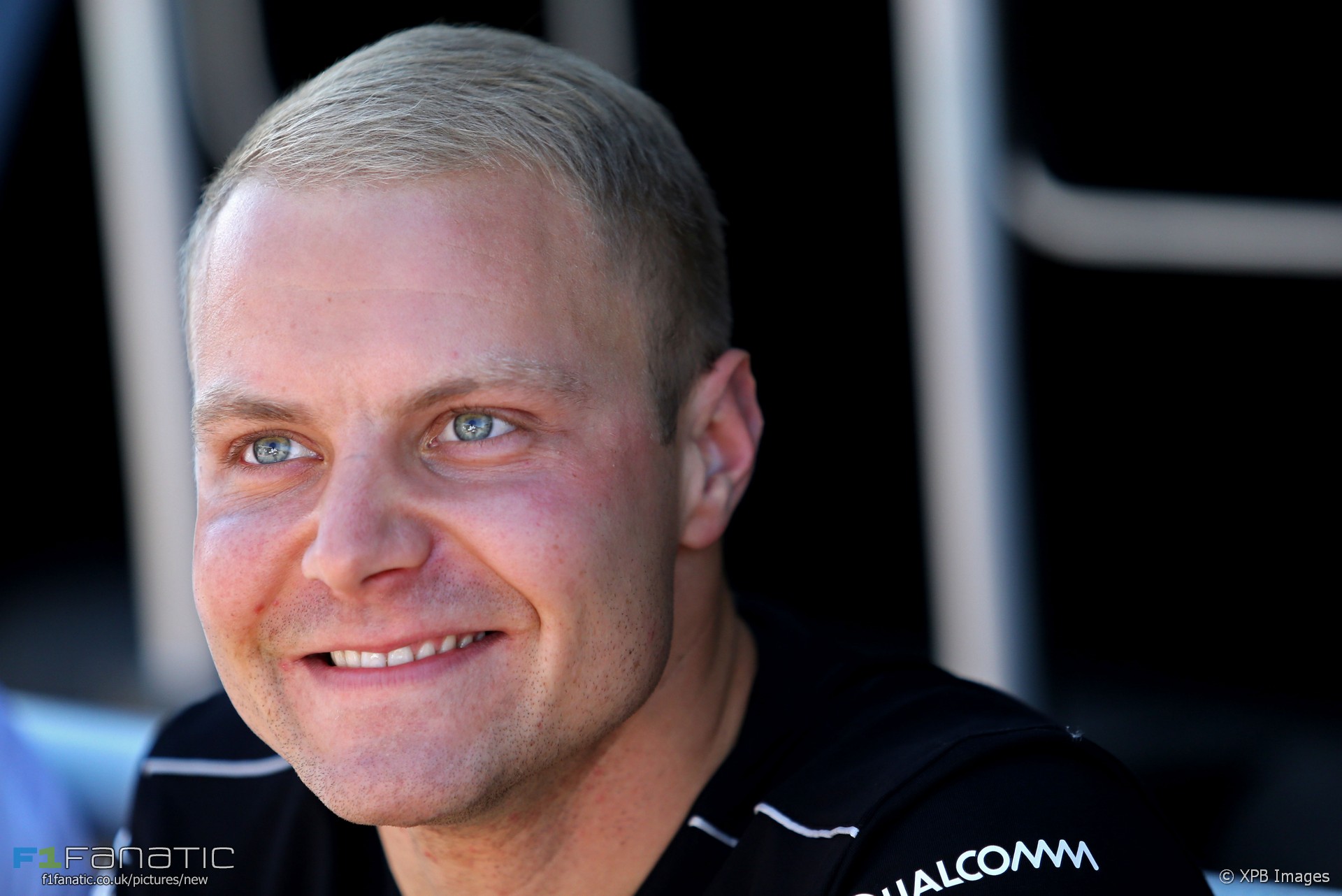 Valtteri Bottas says he has not spoken to any other teams about joining them in 2018 despite not having a contract to drive for Mercedes next year.

Bottas, who scored his first career victory with Mercedes in Russia, said he doesn’t know when the team will decide on his future.

“The timeline is quite flexible,” he said. “But there’s no rush, really.”

“For sure discussions will be opened soon because, as a driver, at some point it’s always nice to know what you are going to do next year. But not much more than that really to say, it’s still early days.”

“For sure I’m keen to have a long-term relationship with Mercedes, that is my target, and that’s why every day I work hard and try to make the most out of every single situation and the race weekend.”

Bottas said it wasn’t unusual for him to face questions marks over his future at this stage in a season.

“I feel normal because every single year in Formula One for me I’ve always had the same situation,” he said. “I’ve had no idea at this point what’s going to be next year. For me it’s a normal situation.”

“I know some kind of plan, when they are planning to have things sorted, but that is between us. There is no rush.”

6 comments on “Bottas not talking to other teams about 2018”