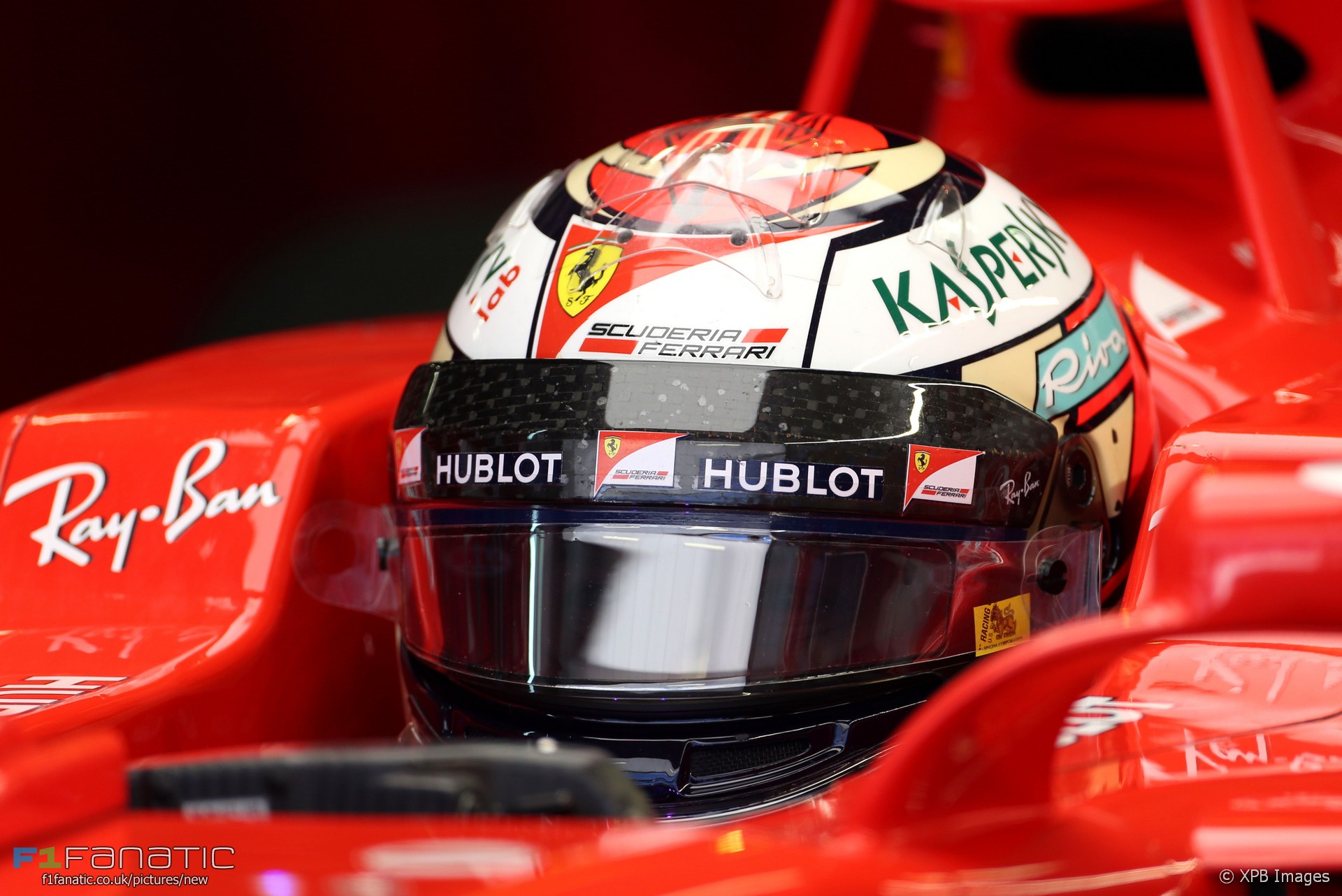 Kimi Raikkonen confirmed he will support his team mate’s championship bid if he becomes mathematically incapable of winning the title this year.

The Ferrari driver said he will only have to follow team orders to help Sebastian Vettel if he drops out of championship contention entirely.

“I think we have very clear rules in the team, what we are allowed and not allowed to do and what the team wants us to do,” said Raikkonen during the press conference in Baku. “It goes by those rules. I don’t know if I have any interest to tell what we talk inside the team in here.”

“I think Maurizio [Arrivabene] has said something and nothing has changed. We know exactly when things will can go either way, that’s fine, that’s how it’s always been, at least in the teams teams I’ve been in.”

“When I don’t have a chance mathematically any more to fight for the championship for sure I will help. I have no issues with that and I haven’t in the past. I think it’s just a very easy decisions for all of us, at least in our team.”

Raikkonen stressed the priority for him and Vettel was to strengthen Ferrari’s cause in the constructors’ championship.

“Obviously the first thing is to try to make sure we can be on the top with Ferrari, that’s the most important thing,” he said. “And then obviously if Seb can win and if I don’t have any chance, that’s how it goes. The first thing is to work for Ferrari and put them in the best possible position, and then we will see.”

Raikkonen is yet to finish a race in front of his team mate this year and Vettel has almost twice his points tally.

“I was not starting very well the first races, obviously not too bad, but not where I want to be. And then here and there little problems, one DNF, last race wasn’t ideal.”

“That’s how it goes unfortunately when your team mate is on the podium more or less every time. The points turn around quickly, that’s racing.”