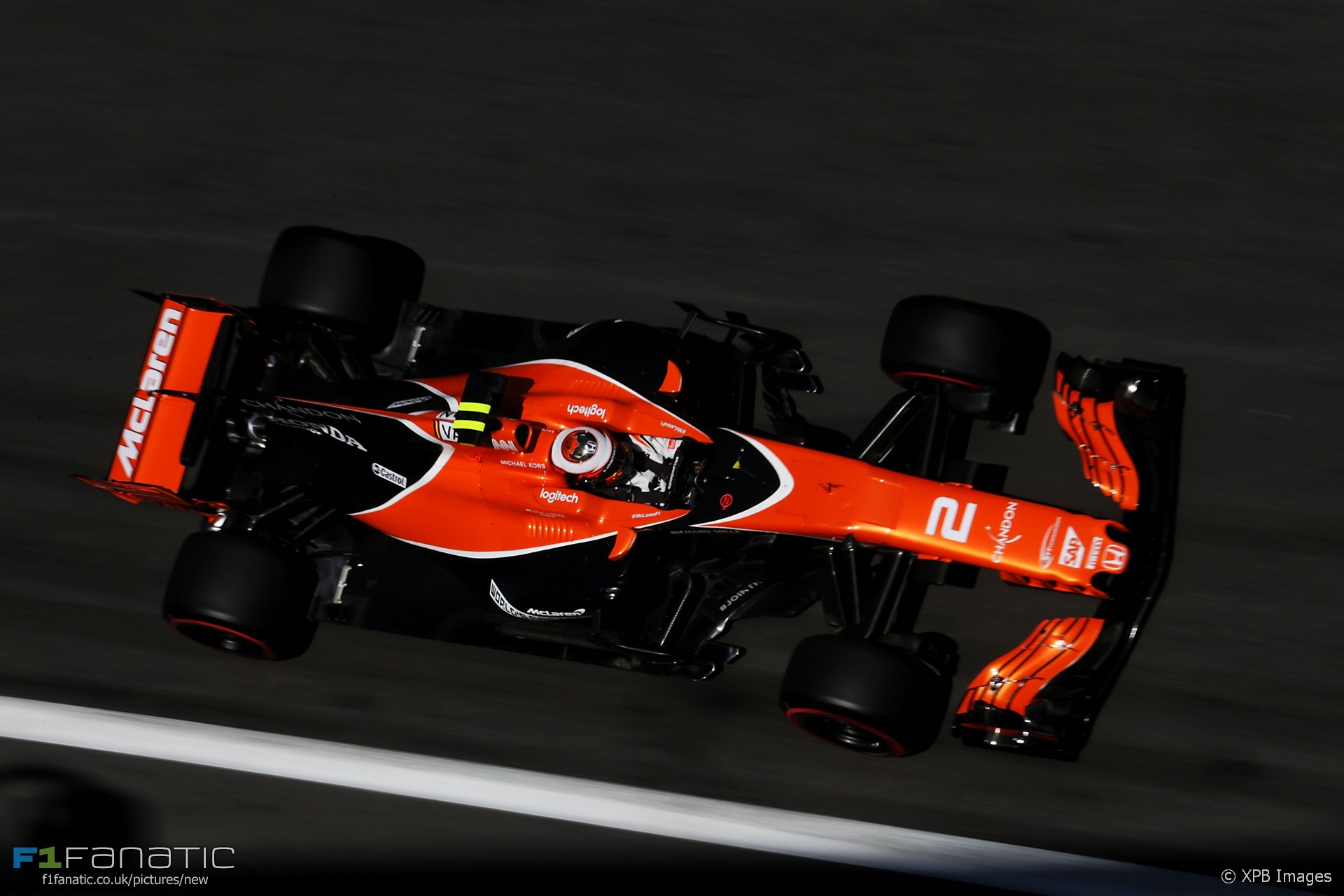 Fernando Alonso says misunderstandings with the Red Bull drivers during practice and qualifying were caused because they couldn’t tell when he was on a flying lap.

Alonso was heard complaining on his radio during qualifying that Daniel Ricciardo had spoiled his lap. However he believes his car’s low straight-line speed led Red Bull to believe he was not on a flying lap.

“[It was] the same with Max [Verstappen] yesterday,” said Alonso. “I think the start of the lap probably they get confused, because our speed is that slow, that they think probably we go to the pit lane, we are in a slow lap.”

“But no, this is our speed, we are starting a timed lap, is the way it is. I think they get surprised a little bit. They overtake me in the first corner, I overtake them in the second corner, and we both lose the laps, yesterday and today.”

“It didn’t have any impact because it was in the beginning of the session when the tyres are cold and I think we both set the fastest laps at the end of the run, so that was OK. I’m sorry if they are confused because of our speed but that’s the way it is.”

Alonso was eliminated in Q1 for the first time this year in qualifying at Baku. He says the team’s only hope of a good result tomorrow is if other drivers hit trouble.

“We’ve never been in the top ten so far in the any of the sessions so I guess tomorrow is also going to be difficult for us,” he said.

“We saw on the practice many incidents, many things going on in this circuit. We need to keep focused, we need to keep the concentration very high, away from the walls, and hopefully finish the race in a good result.”

28 comments on “Alonso: McLaren are so slow others can’t tell when we’re on quick laps”