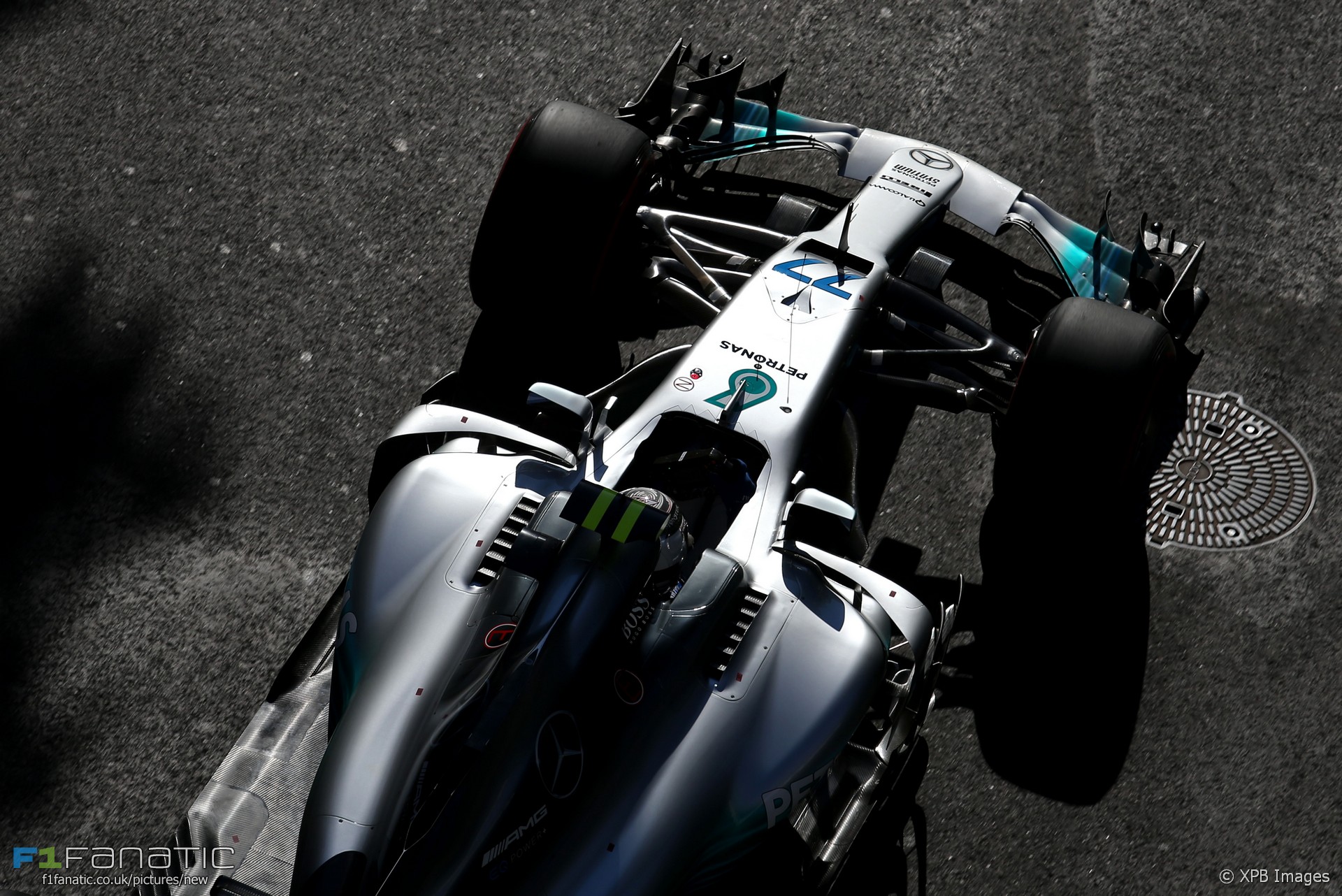 Mercedes were almost a second quicker than their closest rivals in Baku last year and 12 months later that gap has increased. Lewis Hamilton took pole position and the best anyone not in a W08 could manage was 1.1 seconds off.

A good chunk of Hamilton’s pace advantage seemed to come from himself. He was a whopping 0.3 seconds quicker than any other driver in the second sector alone. That included the narrow sprint past the castle and the re-profiled kerb at turn eight, which it are now able to tackle at greater speed.

Mercedes’ closest rivals Ferrari and Red Bull have made slightly bigger lap time gains at this track over the past 12 months, but not by anything like enough:

Last year this was one of Mercedes’ strongest tracks. They had a 0.97% lap time advantage over the next-quickest car (which, unusually, was a Force India) which was only exceeded in Melbourne (1% over Ferrari) and Silverstone (1.54% over Red Bull).

To put that into perspective the largest advantage they had over a rival so far this year prior to this weekend was 0.54% in Bahrain. They’ve doubled that in Baku, lapping 1.09% quicker than their closest competitors.

We should see a quicker pace from Mercedes in the race as well. Last year pole sitter Nico Rosberg was able to take things fairly easily as Hamilton’s troubles meant there was no pressure from behind. With the two W09s sharing the front row this time, that should be different.

There’s also the question of how much of their lap time advantage is owed to their special high-power qualifying modes which cannot be used for lap after lap during the race.

The quickest lap times fell by just under two seconds compared to last year. This is typical of what we’ve seen so far this year:

16 comments on “Lap time watch: Mercedes even further ahead in Baku than last year”