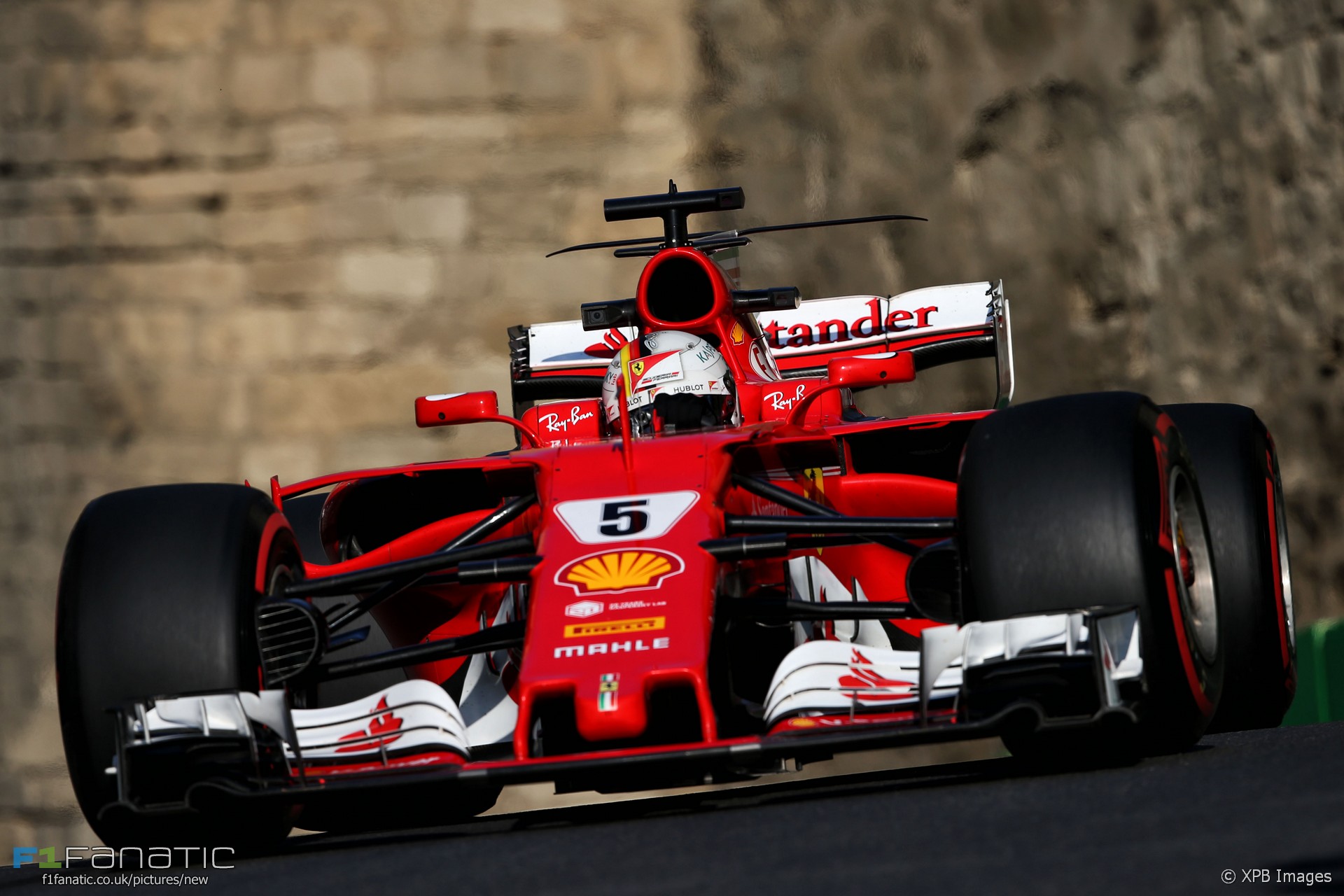 Sebastian Vettel has accused championship rival Lewis Hamilton of brake checking him during the incident under Safety Car where the two made contact.

Vettel hit the rear of the Mercedes driver as Hamilton slowed down to back the pack up ahead of the second restart of the race, before pulling alongside to gesticulate in anger, making secondary wheel-to-wheel contact.

Despite receiving a ten-second stop-and-go penalty during the race for the collision, Vettel stood by claims made over team radio that he thought his rival had brake checked him in the post-race interviews.

“I don’t think so, I think it was quite obvious,” says Vettel. “It’s just not the way to do it. He’s done it a couple of times.”

“After his restart was really good. He surprised me and jumped me, so I don’t think it was necessary. The problem is me right behind, getting ready, and all the other cars. The problem there is that there’s a chain reaction – he’s done something similar a couple of years ago in China at the restart. It’s just not the way to do it.”

After the initial contact, Vettel was shown driving alongside the Mercedes to express his frustration, when a second collision took place. Vettel says that Hamilton is just as responsible for the incident as he is.

“I think it was very clear,” explains Vettel. “I think in the end we’re racing with men. I don’t have radio to him, but I think if I get a penalty then we should both get a penalty.

“I guess [the reason for the penalty] was the running into the back of him, but the same for him with the brake-checking. As I said, we’re all grown-ups, we’re men. So emotions running high in the car. We want to race wheel-to-wheel, but not when it’s the restart. As you saw afterwards, he did very well on the restart and I had nothing to answer for. He out-smarted me then, but before it was not necessary.”

The incident has proven to be the first major flashpoint in the season-long battle between the pair at the front of the field. Asked if the rivalry between the two remains respectful in light of the incident, Vettel insists he has no personal objections with Hamilton.

“It’s still respectful,” says Vettel. “I know what you might be getting at but I don’t have a problem with him. It’s just one action today that was wrong, but I think if I get penalised, he should get penalised.”

101 comments on “Vettel accuses Hamilton of “brake check” after collision”