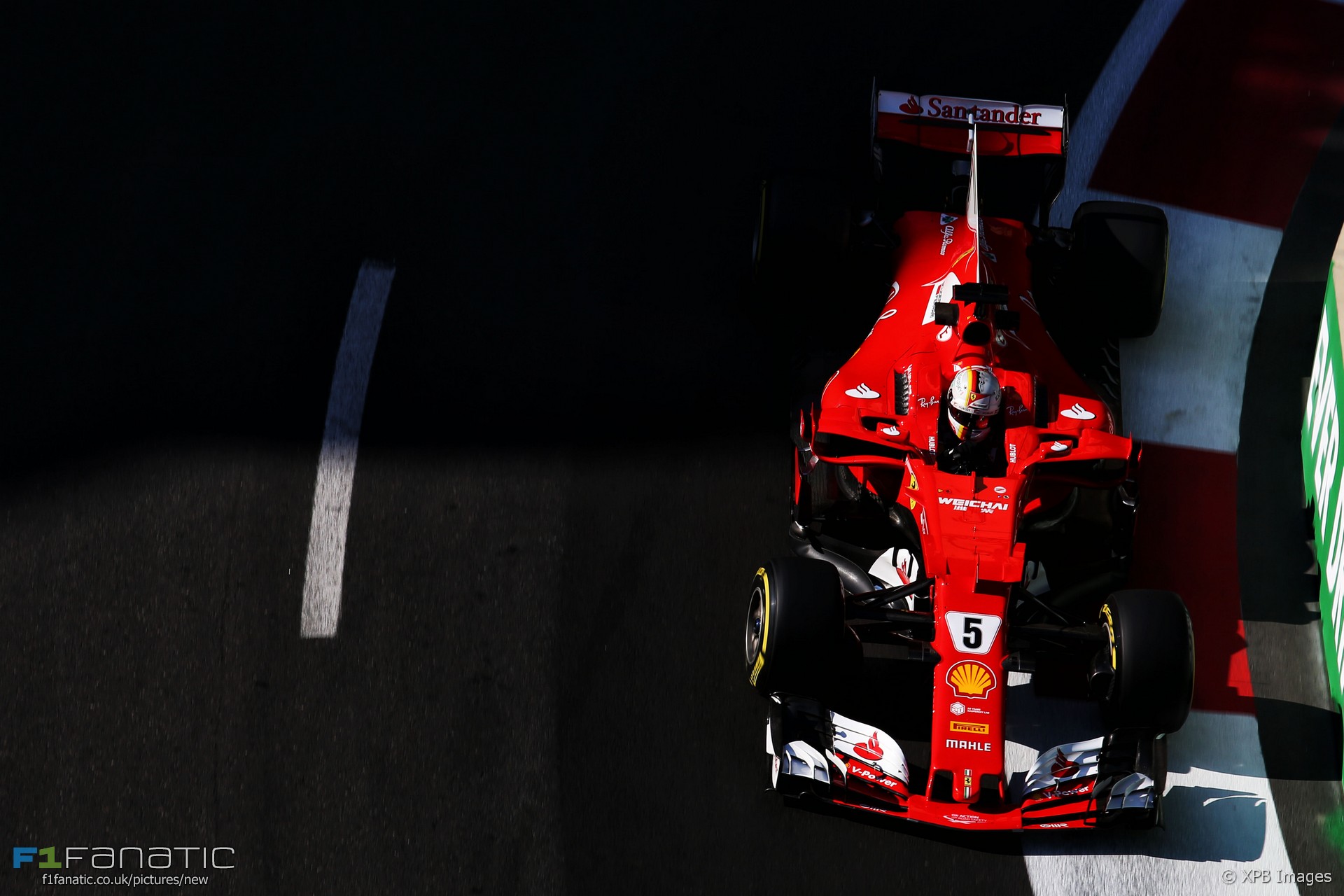 Sebastian Vettel was awarded three penalty points on his superlicense following his clash with Lewis Hamilton during the Azerbaijan Grand Prix.

After being handed a ten-second stop-and-go penalty for ‘dangerous driving’ during the race, the stewards handed Vettel a further punishment after the chequered flag.

“The Stewards examined video evidence which showed that car 5 drove alongside and then steered into car 44,” the stewards’ decision states. “The Stewards decide this manoeuvre was deemed potentially dangerous.”

The penalty does not affect the final result of the Azerbaijan Grand Prix, with Vettel retaining his fourth place finish, nor does it affect him during the next race weekend in Austria.

Vettel now has nine currently active points on his superlicense. Any driver who reaches 12 or more in any 12 month period will receive a one race ban.