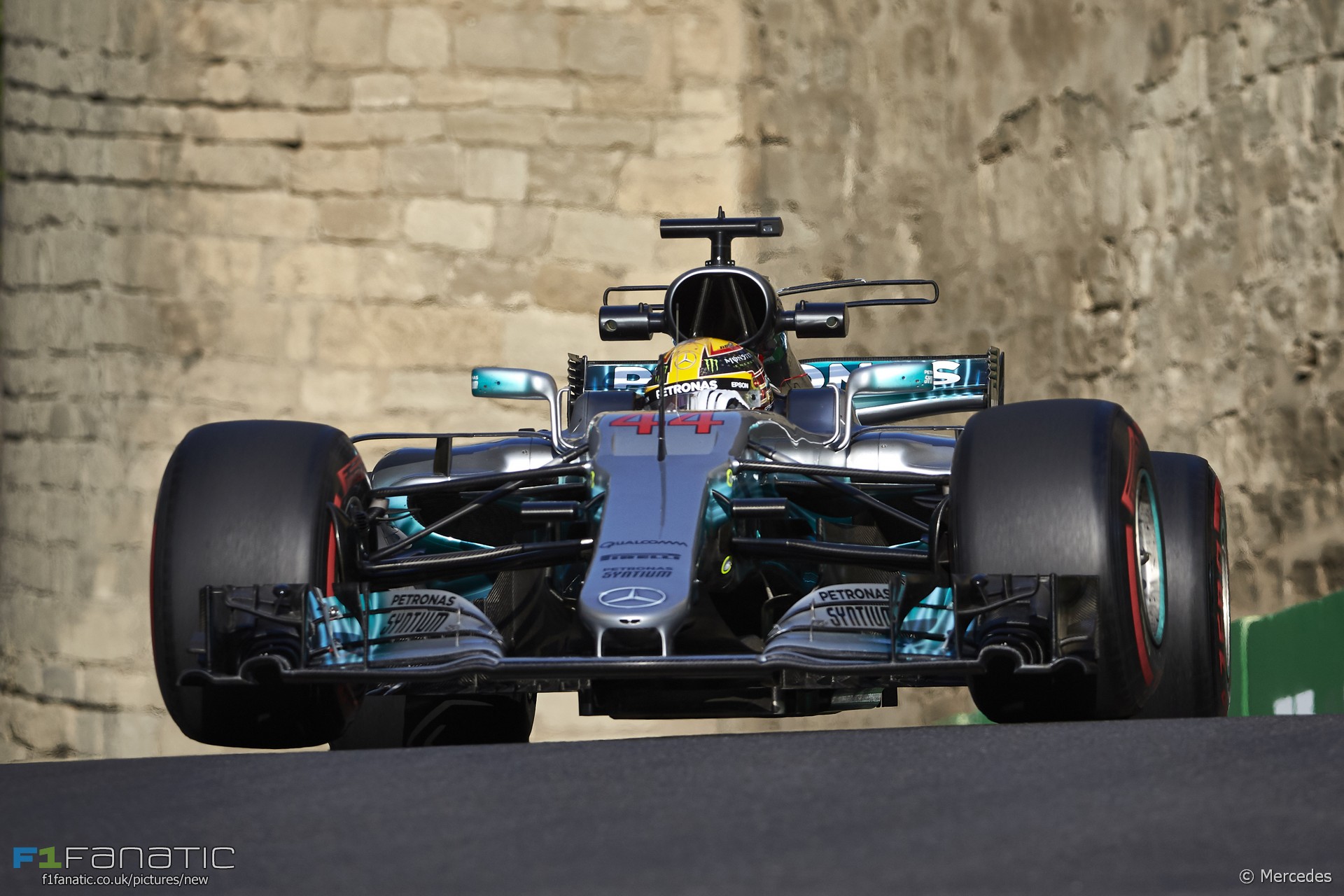 Lewis Hamilton has branded Sebastian Vettel’s driving as a ‘disgrace’ following the controversial contact between them during the Azerbaijan Grand Prix.

Vettel was awarded a ten-second stop-and-go penalty for ‘dangerous driving’, following the incident at the second restart where Vettel appeared to drive into the Mercedes driver in anger after hitting the back of him.

After the race, Hamilton did not mince words about the incident, describing the Ferrari driver’s conduct as unfitting of a four time Formula One world champion.

“I didn’t [brake check Vettel], Hamilton explains. “I control the pace, so like all the other restarts I slowed down at the same spot. He was obviously sleeping and drove into the back of me.”

“But that wasn’t the issue for me. Driving alongside and driving deliberately into a driver and getting away scot-free, pretty much – he still came away with fourth – I think that’s a disgrace. I think he disgraced himself today, to be honest.”

Hamilton responded to Vettel’s suggestions that the secondary collision was in response to the perceived brake check and that the two were addressing the situation ‘like men’ on track.

“If he wants to prove that he’s a man, I think we should do it out of the car, face-to-face,” says Hamilton.

“I think driving dangerously which in any way could put another driver at risk. Luckily we were going slow, if we were going faster, it could’ve been a lot worse. Imagine all the young kids that are watching Formula One today and seeing that kind of behaviour from a four time world champion. I think that says it all.”

Asked if the incident would affect the respectful nature of their rivalry, Hamilton suggests he will not hold any hard feelings from the clash.

“Not for me, I’m going to keep going. I think we had the upper hand this weekend. I think we can continue to move forwards in the future. Through difficult times, true colours show. It’s a good day for me.”

Hamilton had been in the lead of the race, but was forced to pit after his headrest came loose after the race was restarted following the red flag stoppage. The Mercedes driver appears magnanimous about appearing to miss out on victory through no fault of his own.

“I know my boys will be devastated. I’m sure we all are,” says Hamilton.

“But I think it’s really important to take away the great performance we had yesterday, the great work we did through Friday night into Saturday, the speed we had as a team. They did a great job in the pit stop. I love the guys and I just ask that we wipe the slate clean, move forwards and take this performance. There’s a long, long way to go and it’s Hammer-time, that’s for sure.”