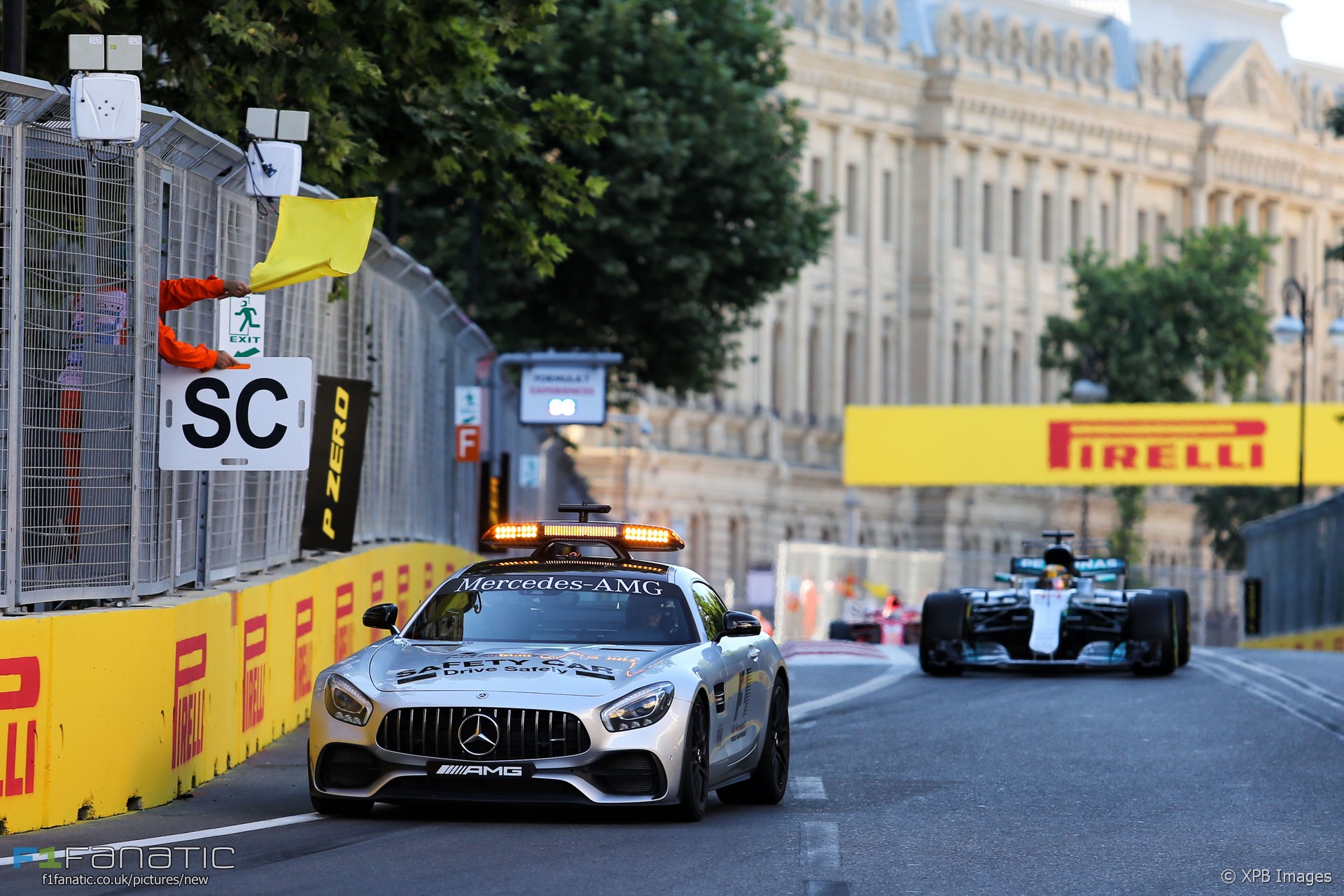 "For the guys at the back we are still in the corners when they going fast, slow, there's walls and we cannot see through them. So suddenly we are going flat-out sixth, seventh gear and they were braking again. For me, a bit on the dangerous side."

Force India to lay down law after collision (Autosport)

"Without us causing the red flag, Hamilton's headrest wouldn't have come up, so he would have won it."

"The reason I didn’t get a penalty is because it is clear that I did not brake-test anyone. I was leading the race. Why brake-test him? There is no reason to do that, there is zero benefit."

"He is a four-time world champion – and we are setting examples to all the young drivers out there about what is allowed and what a no-go. So we have to think twice."

Vettel does not think before he acts, says Ricciardo (BBC)

"It's probably driven through passion and hunger. He's kind of just got to put a lid on it sometimes."

"We will do an analysis of the race, but we will not complain because it is not our style."

Lauda: 'Crazy' Vettel move 'the worst you can do' (Racer)

"Vettel is a decent guy, normally. This I don't understand, because he's crazy."

"What Vettel then did was to unquestionably collide with Hamilton. There is no room for that, no excuse for that and it is wrong. It is inappropriate behaviour."

"The Mercedes, Renault and Honda powered cars showed no particular downturn in competitiveness."

Astonishing radio silence from the FIA this morning on the Hamilton v Vettel incident. Notable too that Liberty Media hardly mentioned it.

@Leventebandi is unimpressed with developments in the World Touring Car Championship:

After Marcello Lotti departed the WTCC, I thought it will be an upturn in the series in many ways, I was naive maybe.

The racing was good under his leadership, but he had so many shenanigans, like the case of the Mexican track, when it was FIA graded before even the asphalt got laid down.

But what goes around since his departure is simply a disgrace to the series and the sport. This joker lap gimmick is simply a horrid try to spice up the show, and try to increase the number of overtakes, which went sharply downhill, since the TC1 spec got introduced, with very high focus on aerodynamics.

Another issue is the inconsistent stewarding. Take for example the Moroccan Bennani. Even in BTCC measures he would already collected a few race bans, he is that reckless, and driving dangerously, but in the end he escapes everything with small penalties.
Levente (@Leventebandi)