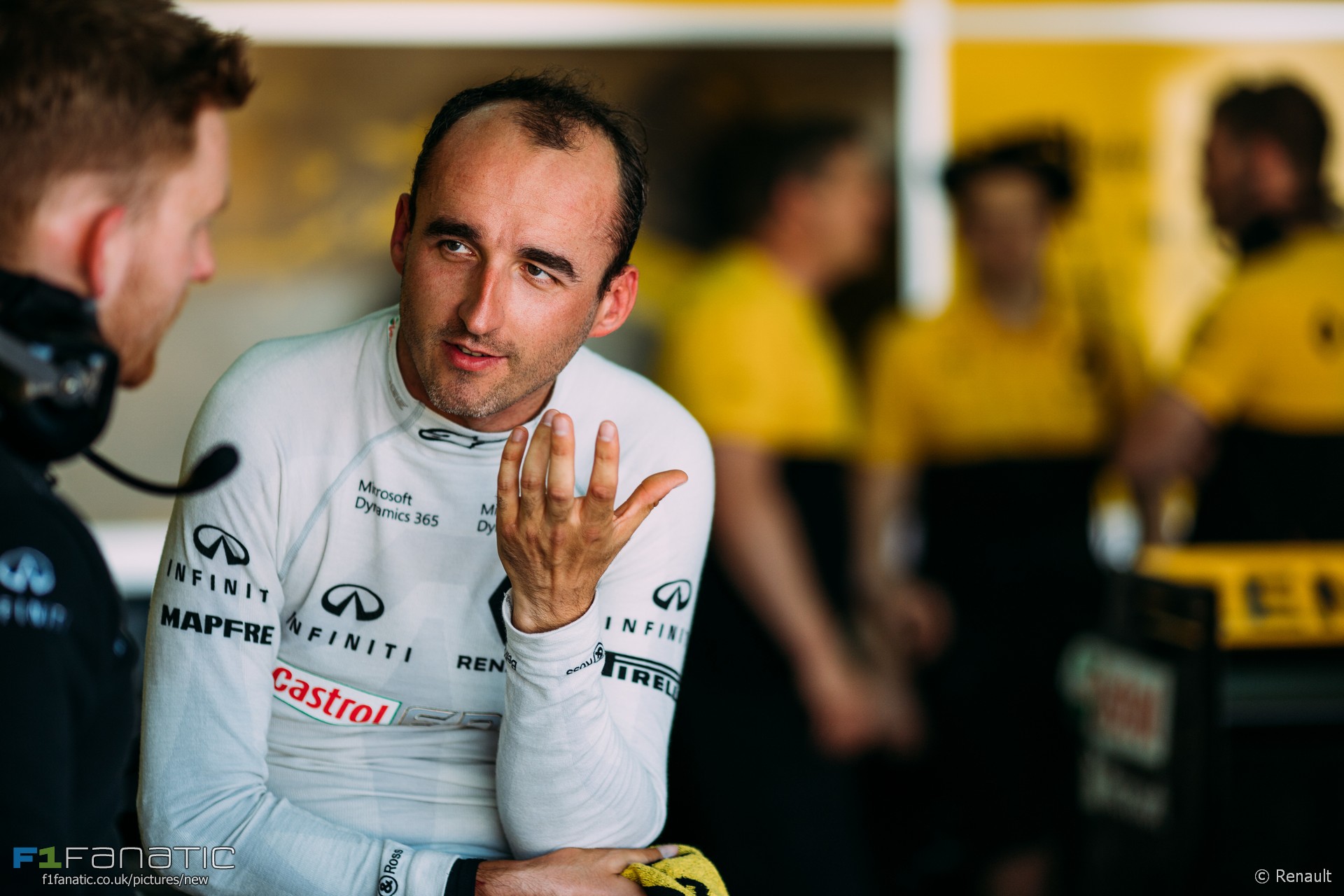 Renault team principal Cyril Abiteboul says there are “no obvious roadblocks” to Robert Kubica returning to F1 following the driver’s latest test for the team this week.

However Abiteboul sought to play down expectations when asked whether the test showed Kubica is capable of racing in F1 again.

“We’ve not seen any obvious roadblocks,” he added. “Having said that testing in these circumstances and testing into a more modern car is completely different.”

“This situation is complex. We are not doing it for PR purposes although we see it is creating a lot of media expectation and focus. We care more for Robert than this.”

Abiteboul said that although the test involved five-year-old machinery Kubica demonstrated many of the same qualities he had before the 2011 crash which forced him out of F1.

“There is a big caveat, that it’s a Formula One car from 2012 with demo tyres, V8 engine – normally aspirated, fantastic noise – but doesn’t match the current F1 car. So whatever we do is not quite representative.”

“However we sort of worked towards what could look like a plan in order to give him and us the opportunity to assess a little bit more his limitation and his abilities.”

“What I can tell you is that he’s still quick, he’s still very consistent and more importantly still has this energy, this driver, the enthusiasm he has always had to him and to the team.”

Despite mounting speculation over the team’s driver line-up for next year, Abiteboul would not be drawn on Renault’s plans for Kubica.

“It’s really too early to talk about next steps,” he said. “I don’t want to add to speculation. Right now the focus is on getting the most of the overall line-up and package that we have and then we’ll be thinking about 23018 in due course.”

14 comments on ““No obvious roadblocks” to Kubica comeback, says Abiteboul”