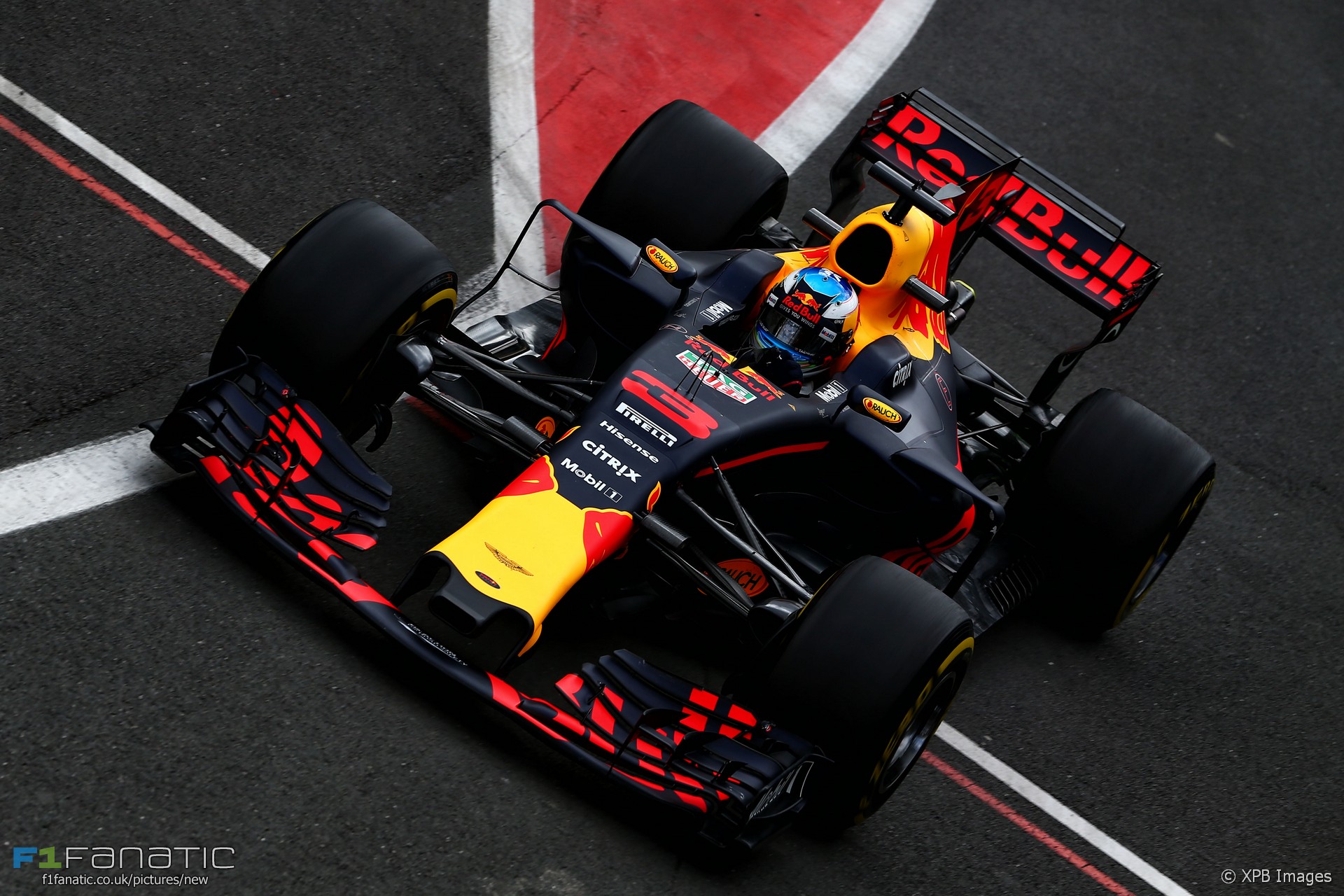 Daniel Ricciardo has been hit by a five place grid penalty for tomorrow’s British Grand Prix after Red Bull changed his gearbox.

After discovering a problem with the gearbox in Ricciardo’s RB13 after Friday practice, Red Bull were forced to change to a new unit.

As Ricciardo’s gearbox had not completed six consecutive race weekends, the FIA stewards confirmed that the Australian would be hit with a five place grid penalty.

Ricciardo was sixth quickest in final practice, 1.5s off the pace of Lewis Hamilton.