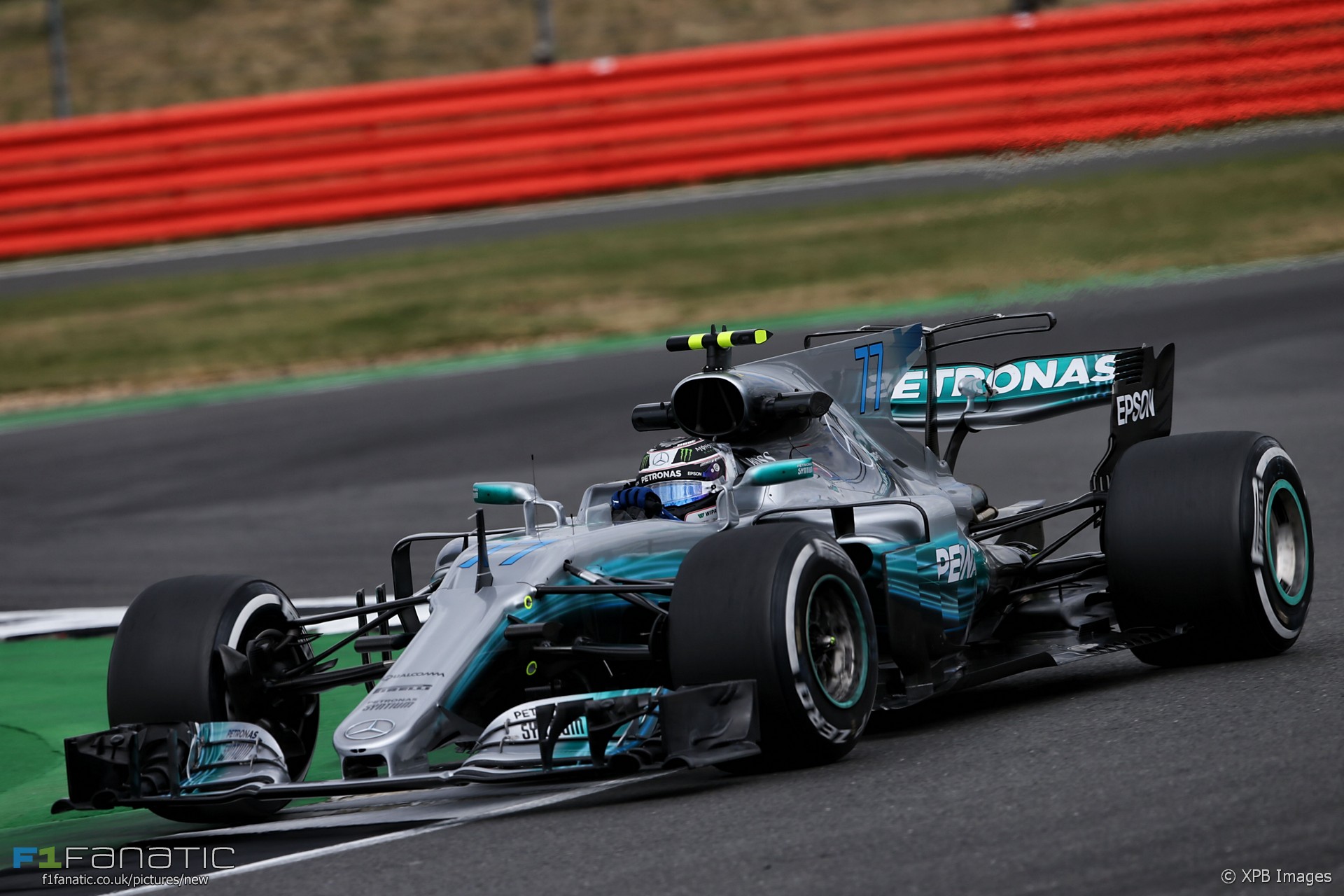 Valtteri Bottas has described his drive from ninth place on the grid to the podium at the British Grand Prix as the ‘best second place’ he has had.

The Mercedes driver was hit with a five place grid penalty before qualifying after the team were forced to change his gearbox, leaving him ninth on the grid after qualifying fourth.

Bottas made his way steadily through the field to third, inheriting second place after Kimi Raikkonen’s unscheduled late pitstop to make it a Mercedes one-two.

“It’s the best second place that I’ve had as a feeling,” says Bottas. “For us as a team, it was a perfect day.

“Me starting ninth, it was never going to be easy. So ending up one-two as a team is amazing. We were also lucky with what happened with Ferrari so it was definitely good for us to gain some points like that. So for us as a team we can be pleased for today until we start work tomorrow for the next race.”

Bottas started on the Soft compound tyres before switching to the Super Softs during his solitary pitstop. The Finn took advantage of the Soft rubber, catching and passing Sebastian Vettel’s Ferrari after some close quarters combat that saw Bottas pushed out onto the run-off at Stowe.

Asked if he felt that Vettel had not made it simple for him to pass, Bottas had no complaints with the championship leader’s firm defending.

“No one should do,” says Bottas. “This is racing and if I was in his position I would also defend hard. That’s how it is. No drama from my side.

“Obviously he didn’t leave me any other place than to go off the track, so that didn’t quite allow me to make the overtake off track. But that’s life and I would’ve done the same.”

The result moves Bottas to 23 points from Sebastian Vettel in the drivers’ championship. The Mercedes driver says he is looking forward to the second half of the season.

“After today I am catching the lead of the championship, so that’s good. Still so many races to go and so many points available, so I feel I will be in the fight. Today was a good race from my side, I feel. Felt good in the car, so I’m looking forward to the next ones.”