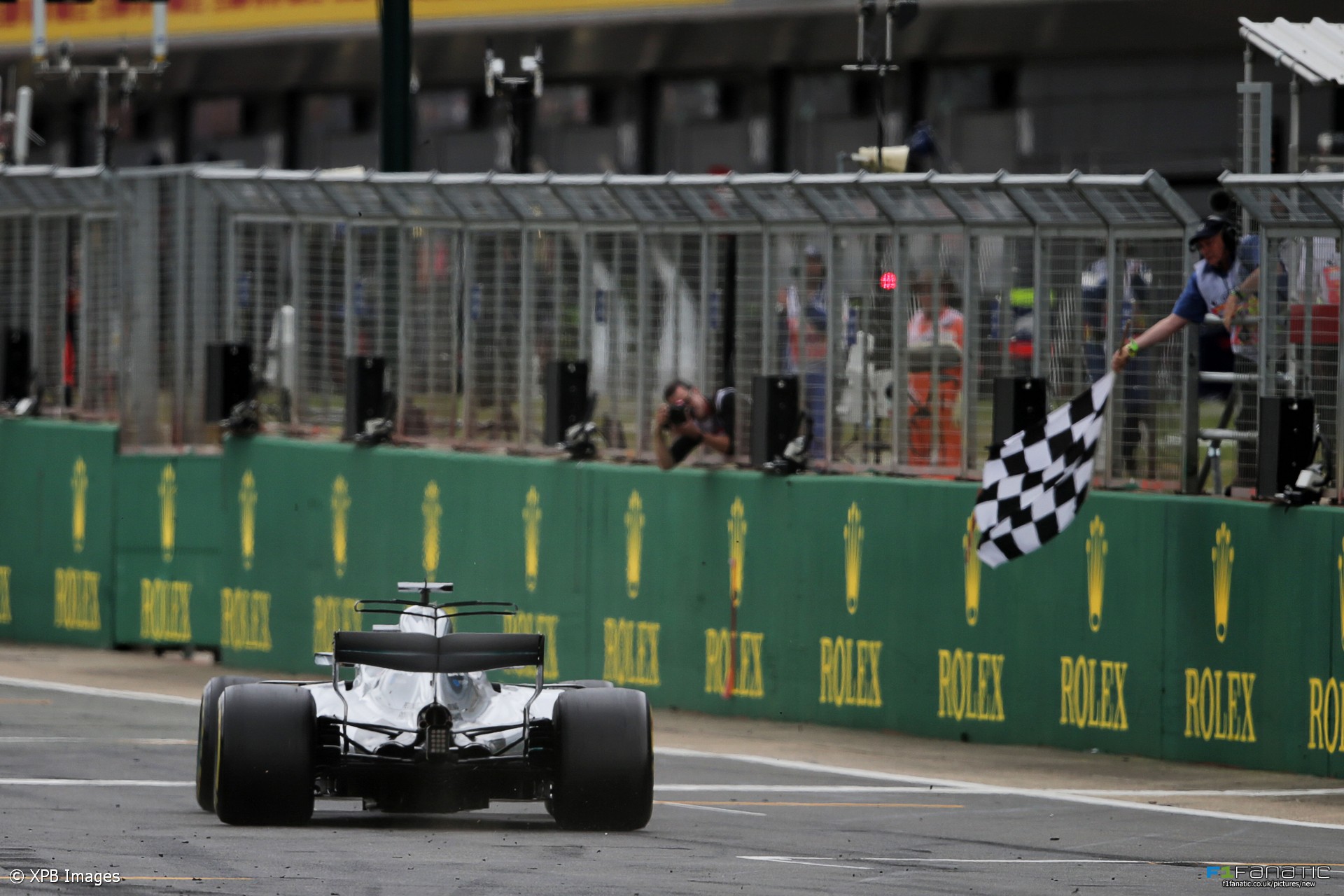 Lewis Hamilton won the British Grand Prix to go one point behind Sebastian Vettel in the championship after the Ferrari suffered a late tyre failure.

Hamilton led from the start and was hardly troubled as he took the chequered flag in front of the British fans. It was a Mercedes one-two with Valtteri Bottas recovering from ninth to second.

Both Ferraris of Kimi Raikkonen and Sebastian Vettel were hit by left-front tyre failures in the closing laps, dropping Raikkonen from second to third and Vettel from third to seventh.

The start of the race was postponed by a lap after Jolyon Palmer pulled off at Hangar Straight on the original formation lap with an apparent hydraulic failure.

Hamilton kept the lead at the start as Verstappen jumped Vettel for third. The Safety Car was called on the opening lap when the two Toro Rossos of Daniil Kvyat and Carlos Sainz collided at Becketts.

Hamilton pulled out a short advantage over Raikkonen, while Vettel struggled to find a way past Verstappen. The two fought hard over a number of laps before Ferrari brought Vettel in and successfully undercut Verstappen back into third.

With a one stop strategy almost universally adopted, Hamilton resumed in the lead after his one and only stop ahead of Raikkonen and Vettel.

Valtteri Bottas made his way through the field after starting ninth on the grid and caught up to third placed Vettel who was suffering from blistering Soft tyres.

Bottas passed the championship leader on Lap 44 to move up to a podium position and set about chasing down a seven second gap to Raikkonen.

Just before Bottas was within range of Raikkonen, the Ferrari driver suffered a left front tyre deflation and was forced to cruise back to the pits.

The very next lap, Sebastian Vettel suffered an almost identical but more severe failure which caused him to drop from fourth to seventh.

Max Verstappen pitted late too as a precaution but took fourth, ahead of Daniel Ricciardo who started 19th. Nico Hulkenberg finished in sixth for Renault, despite late car problems, ahead of Vettel and the two Force Indias of Esteban Ocon and Sergio Perez.

Felipe Massa rounded out the points for Williams in tenth.