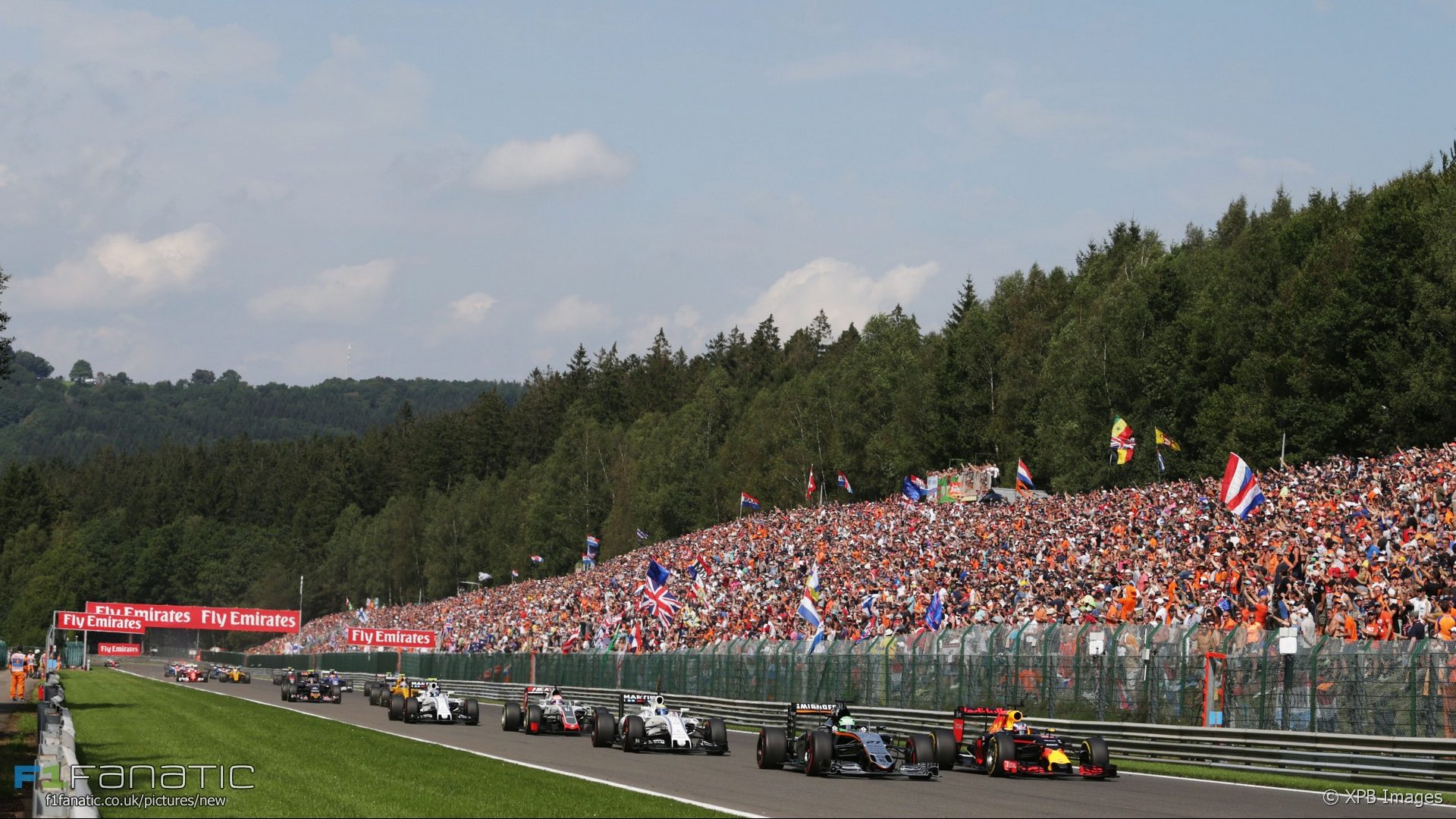 In the round-up: The Belgian Grand Prix is sold out for this year but the event organisers lost millions on it last year.

Belgian GP set for sell-out thanks to 'Verstappen effect' (Motorsport)

Mexico GP to build on Day of the Dead theme (Reuters)

"Since the first year we were thinking about doing things. We weren’t very sure how this was going to look from an international perspective, because obviously it’s a sport that has its risks."

"Our aim is to develop the 2017 concept into the 2018 season and hopefully 2019 as well. So the engine weight, centre of gravity and the combustion concept is all going in the same direction as the other three engine manufacturers."

"For Budapest we are set for a big upgrade. Almost all the car – or all the aero side – will be new, so that should give us a good performance boost."

"If there is a Mercedes or a Ferrari seat, they'll obviously jump at the opportunity. I'm not going to stand in there way but other than that I think we have the best car."

"I'm not giving up on chasing Red Bull, it's always very good to set your targets high because that allows you to really challenge yourself."

"Other drivers regularly damage their front wing, but not Verstappen. He is from the same mould as Senna."

"The extradition case against him would have to prove that he has committed a crime in the UK as well as in India for him to be convicted and sent to India. In an answer to a parliamentary question, the government revealed this little-known aspect of the law which might make it difficult to bring Mallya back."

According to AMuS information Ferrari was the only team in favor of Halo introduction 2018. All other teams were against. #AMuS #Halo

Are they using halo in F1 from 2018? 🤦🏻‍♂️ typical half-way semi-afraid solution… either go fighter jet mode or leave as it is. #halo

At least the positive thing is my kids will think I lived life very dangerous when we drove F1… #Halo #NotAFan pic.twitter.com/IyenFXWpYC

Lewis Hamilton says he plans to race on for at least five more years. Will he beat Michael Schumacher’s career tallies?

Five to six more years of this and he will be close to 8 stars and 92 victories. I hope he sets a goal and beats it.
@Jureo

80 comments on “Belgian GP sold out but running a loss”