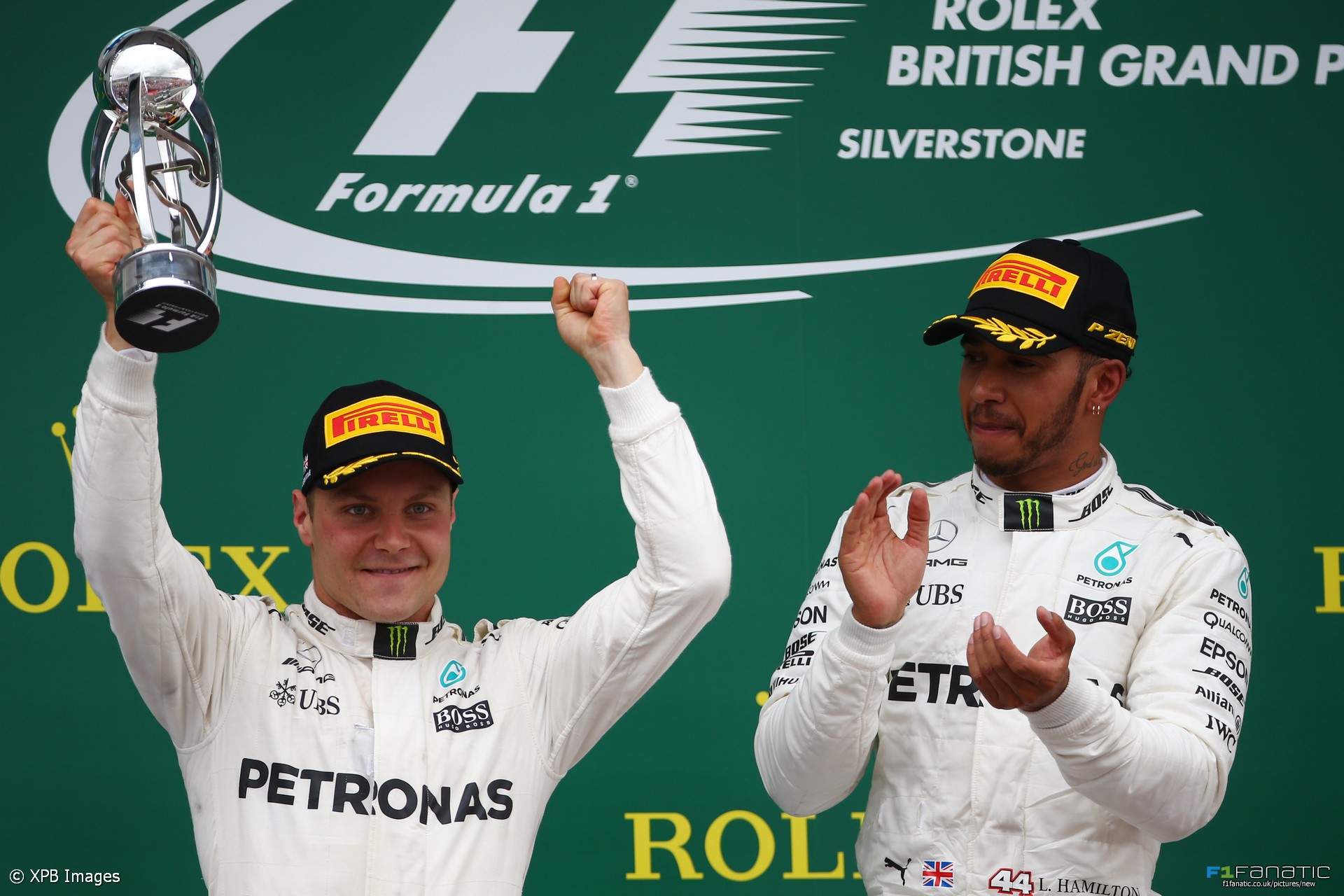 Red Bull team principal Christian Horner recently argued Mercedes need to pick one driver to back in their championship fight with Ferrari.

But against the expectations of many there’s been little to choose between Lewis Hamilton and team newcomer Valtteri Bottas so far.

And Horner should count himself lucky he doesn’t have to make that decision at Red Bull as Max Verstappen and Daniel Ricciardo have been difficult to separate so far this year as well. Particularly due to the team’s reliability problems.

When Valtteri Bottas was announced as Lewis Hamilton’s team mate for the 2017 season, some claimed Mercedes had gone after a soft option who was unlikely to challenge Hamilton rather than trying to prise Fernando Alonso or Sebastian Vettel out of their contracts.

Although you could point to a number of great performances by Bottas at Williams which demonstrated why he was the best choice available, there were many who viewed him as a stopgap solution to Mercedes urgent need to replace Nico Rosberg.

Bottas has defied those doubters so far in 2017. Indeed, he has kept Hamilton honest at least as well as Nico Rosberg did, arguably even more so. He’s 6-5 down in qualifying at the moment, a battle Hamilton won 12-8 against Rosberg last year and 12-7 the year before. Out of the ten races where both drivers finished, each had been in front of the other five times.

The question now is how much improvement Bottas can make in the second half of 2017. It’s not out of the question he could surpass Hamilton and become Mercedes’ leading championship contender, something which would have been unthinkable to many just a few months ago.

Which Mercedes driver finished ahead

On the face of it the divide between Max Verstappen and Daniel Ricciardo comes down to who’s shown the most potential (Verstappen) versus who’s delivered the most points (Ricciardo). But there is another factor which makes this team mate battle tricky to judge.

That is Red Bull’s poor finishing rate, caused by a combination of unreliability and bad luck. The most remarkable measure of this is that out of the 679 laps raced so far in 2017, Red Bull’s two cars have only been on track together during 249 of them and have only been classified together three times.

Verstappen’s had a slight edge in qualifying but repeated technical failures have left us wondering what he could have done in the races. He’s also been taken out at the start twice by other drivers and further dented Red Bull’s success rate by walloping Ricciardo of the last race.

Last year Verstappen gradually began to eclipse Ricciardo following his promotion to Red Bull. He appears to have continued that trend so far this year, but the shortage of data masks the true picture. By the end of the season we should be in a better place to judge.

Which Red Bull driver finished ahead

Haas rarely seem to have a weekend when both Romain Grosjean and Kevin Magnussen are happy with the VF-17. And when they are, as in Austria, reliability problems tend to intervene.

Grosjean regularly sounds anything but happy with his car in practice, but has often bounced back on Saturday and gone on to lead the team’s forays into the points-scoring positions. His peaks are a bit higher than Magnussen’s, but for a driver with aspirations of driving for a top team it’s not as conclusive as he would wish.

Which Haas driver finished ahead

98 comments on “Team mate battles 2017: No clear number one at Mercedes and Red Bull”