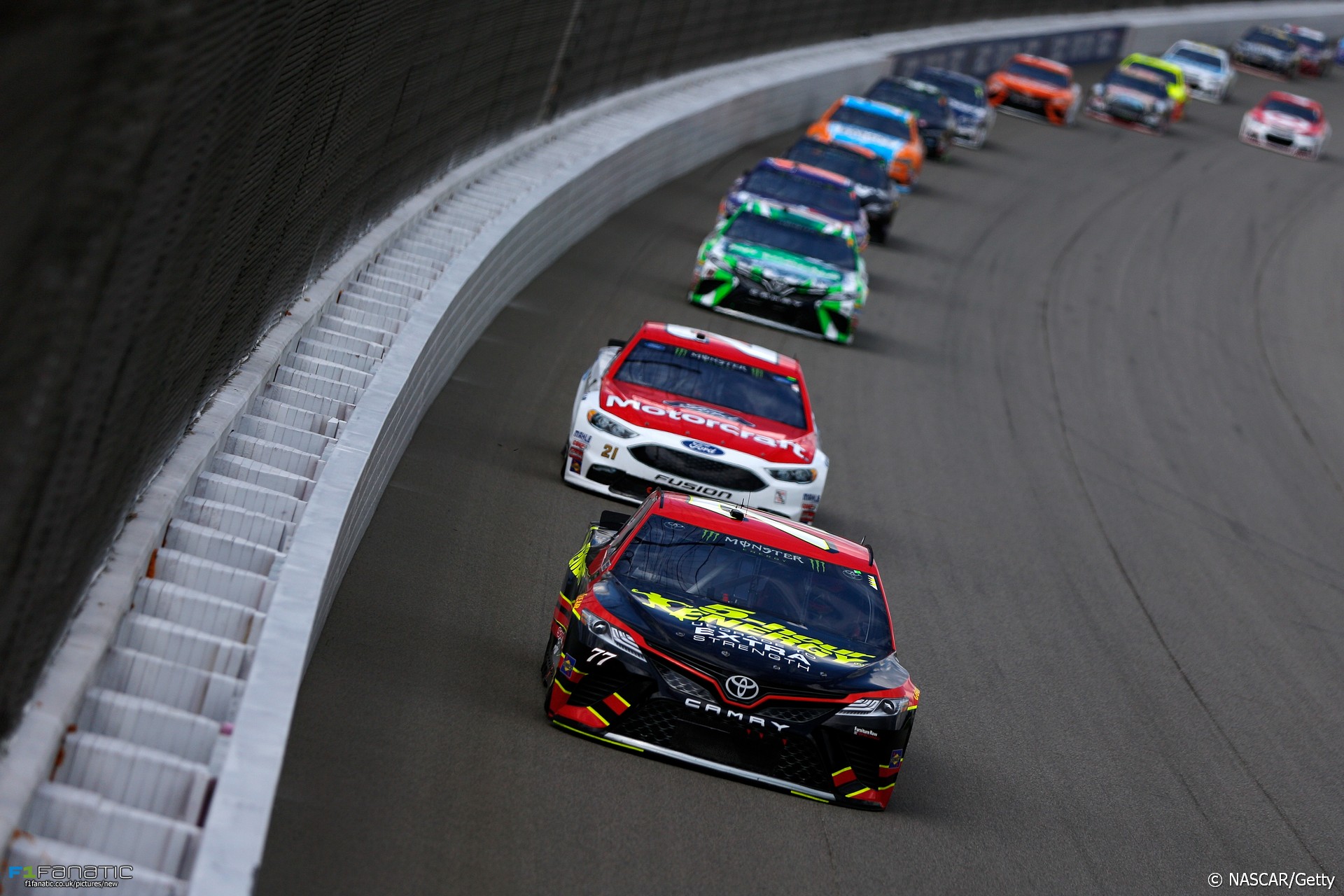 After thundering around Michigan for 200 laps, a late restart provided the decisive moment in Sunday’s NASCAR race.

A superb restart put Kyle Larson in the lead for the first time after 200 laps of racing at the Michigan Superspeedway. He clung on for the final two laps to score his second victory at the track this year and his third NASCAR win of the season.

Previous round winner Martin Truex Jnr finished second while Brad Keselwoski, who led more than half the race, slipped to 17th at the chequered flag.

A trio of third places propelled Colin Turkington into the lead of the championship. He holds a four-point lead over Ash Sutton, who took his fifth win of the season in race two at Knockhill.

The Subaru driver finished second to team mate Jason Plato in race one. The Levorg drivers swapped positions at one stage in an attempt to gain Sutton a point for leading a lap, which proved unsuccessful as the change was made after the finishing line.

Andrea Dovizioso won the Moto GP round in Austria which moved him up to second in the championship behind Marc Marquez. However the points leader enjoys a slightly increased lead of 16 points as Yamaha’s Maverick Vinales and Valentino Rossi could only manage sixth and seventh.