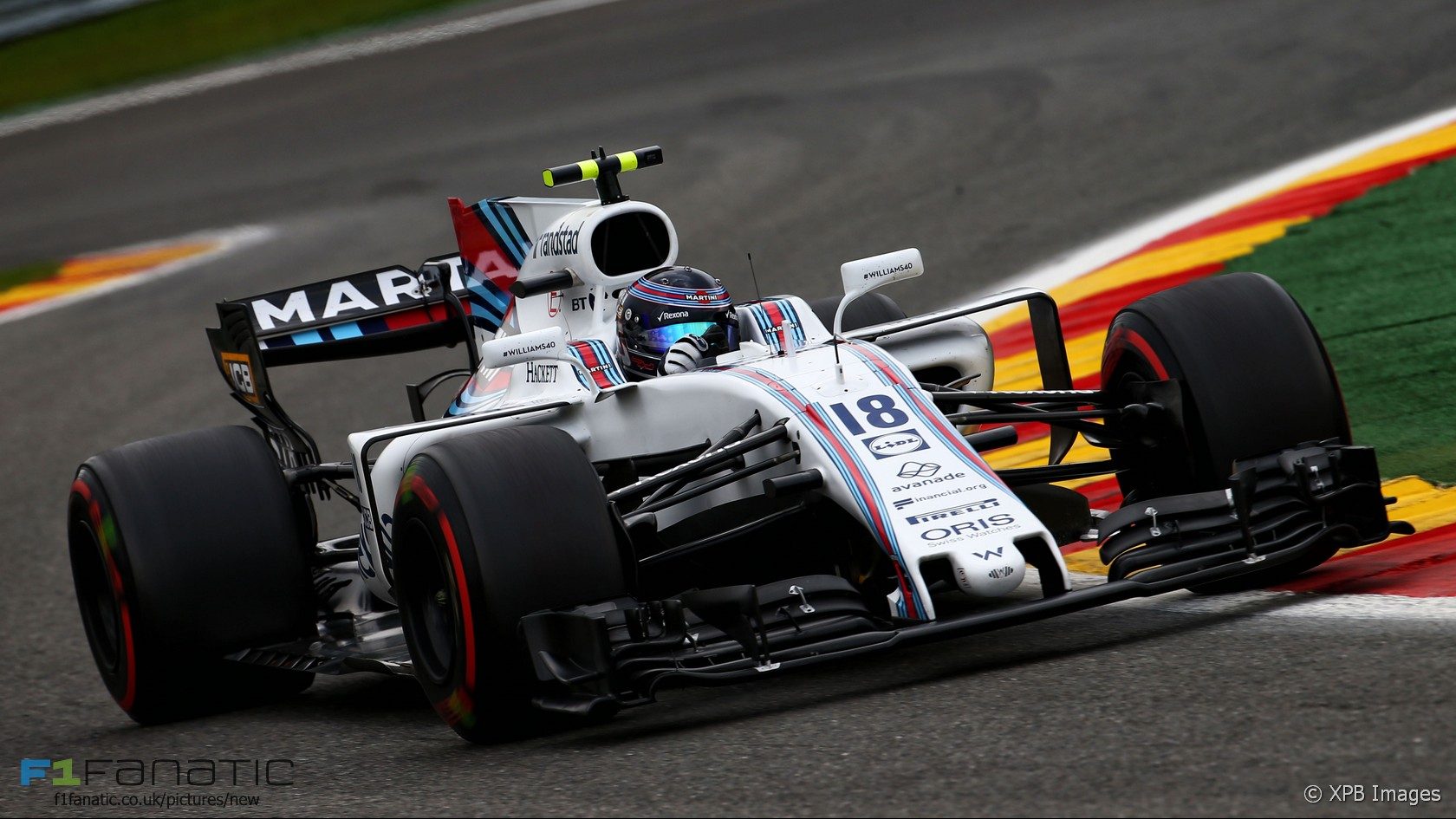 Ominously for the competition, Mercedes are even further ahead than they were 12 months ago at Spa-Francorchamps.

In fact the W08s have made the biggest year-on-year lap time gain of any car in the field. At most circuits this year Ferrari or Renault have had that distinction:

Williams arrived at Spa expecting the track would suit their car well. But they’ve had a frustrating weekend, beginning with Felipe Massa’s crash yesterday which compromised their development plans.

They’ve made the smallest gain of any team year-on-year by some way: Every other team is going at least a further second quicker around Spa than Williams are.

Lewis Hamilton’s pole position time was almost two seconds faster than the previous best. That was set by Jarno Trulli during Q2 eight years ago.

The teams haven’t made quite as much progress with their lap times at Spa as they have at other circuits.

While the new generation of cars generate considerably better performance in Spa’s many medium-to-high speed corners, increased drag levels mean they aren’t able to accelerate as much once they hit Spa’s long straights.