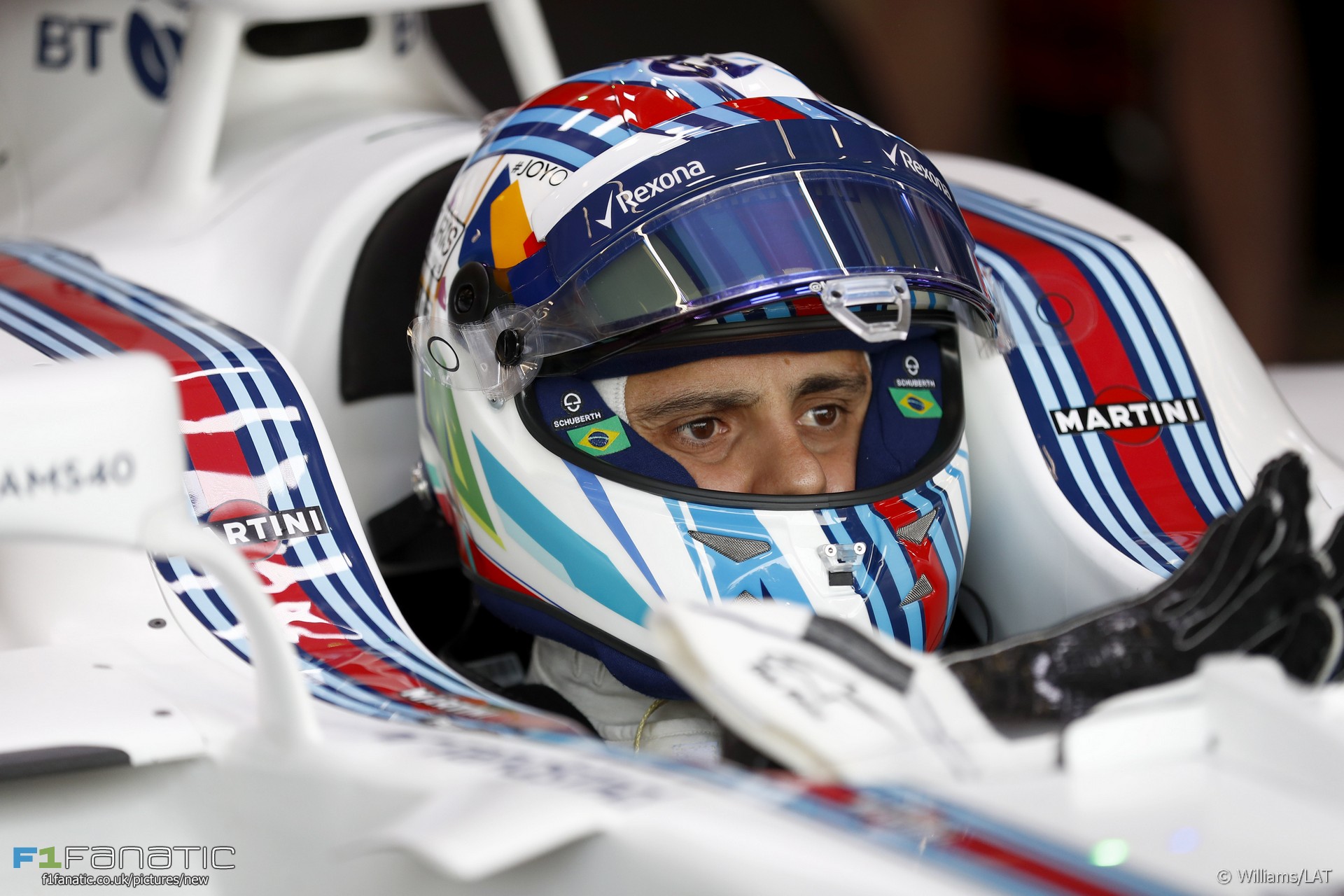 In the round-up: Felipe Massa says he was given incorrect information before the incident in which he earned a five-place grid penalty.

"When the team told me ‘single yellow flag, car stopped off track’, I paid attention knowing that this was not a particularly dangerous situation. Instead, I found that it was a double yellow flag, and when that happens things are treated very differently."

"The driver issue is also a point for discussion with Ferrari – and we very likely will take a decision about our 2018 line-up in the next couple of weeks."

Bottas: Too early to back Hamilton in title race (Racer)

"I understand if at some point the team wants to really go for the championship and make sure that one of the guys wins it... but it's a bit early."

Bottas has 'no answers' for Spa struggle (Autosport)

"Honestly, at this point, I have no idea and it's something I need to look at carefully before next weekend."

"We haven't announced who's driving for us next year. It's something we're still working on. I'm not going to rule (Fernando) in or rule him out."

Includes a list of which classic cars drivers will be seen in during the pre-race parade on Thursday.

Photographers were barred from attending Lance Stroll's latest test at the Hockenheimring.

"When I do get asked the Ferrari question I feel it is more coming from fans or media but not necessary from Ferrari,

"If an engine (ICE element) has been introduced at or before the Spa race weekend, its oil consumption needs to be below 1.2L/100km whenever it is used."

"That kind of move from Perez is not racing, it’s pure blocking. You don’t do that. It’s aggressive. It’s dirty."

"Mercedes had a setting that allowed its drivers to override that cut-out at the crucial moment such as this – and that’s why Hamilton’s extra grunt kept coming as Vettel’s ran out. On such details can races be won."

How Red Bull Racing uses IoT to win (IT World)

"One thing we’re very good at is simulations and analytics,” he said. “We’ve had sensors in the car with real-time feeds to make decisions in very small timescales, we’ve been doing that for 13 years."

"The plan, I’m told is for a group called Fenix Entertainment, which specialises in concert production and management services and owns and operates entertainment stadiums for show business, music and sports, to use the old autodromo, but with a very different layout to the last Grand Prix, back in the 1990s, with the idea being to run the track around the Lago de Regates, a lake that sits in the middle of the facility."

"The heir to the Red Bull fortune has been dodging Thai police for nearly five years — and Interpol has issued a new alert, calling for member nations to locate him and hand him over to authorities."

Perfect example of how DRS ruins racing: Mega pass at Blanchimont by @Anto_Fuoco who is then left defenceless at Kemmel. #F2 pic.twitter.com/qQwmvUzgpv

Can we expect more qualifying tactics this weekend?

Mercedes always seem to shy away from having their drivers provide each other with a tow at power circuits, which given the animosity between Rosberg and Hamilton isn’t surprising. I do wonder if with the fairly fresh relationship between Bottas and Hamilton, and the good chance of Ferrari being a real threat at Monza (Ferrari will almost certainly be using the tactic) if this will mean Mercedes give it a go this year.
Philip (@Philipgb)

Happy birthday to Mg and Galzo33!

54 comments on “Massa points finger at team over penalty”