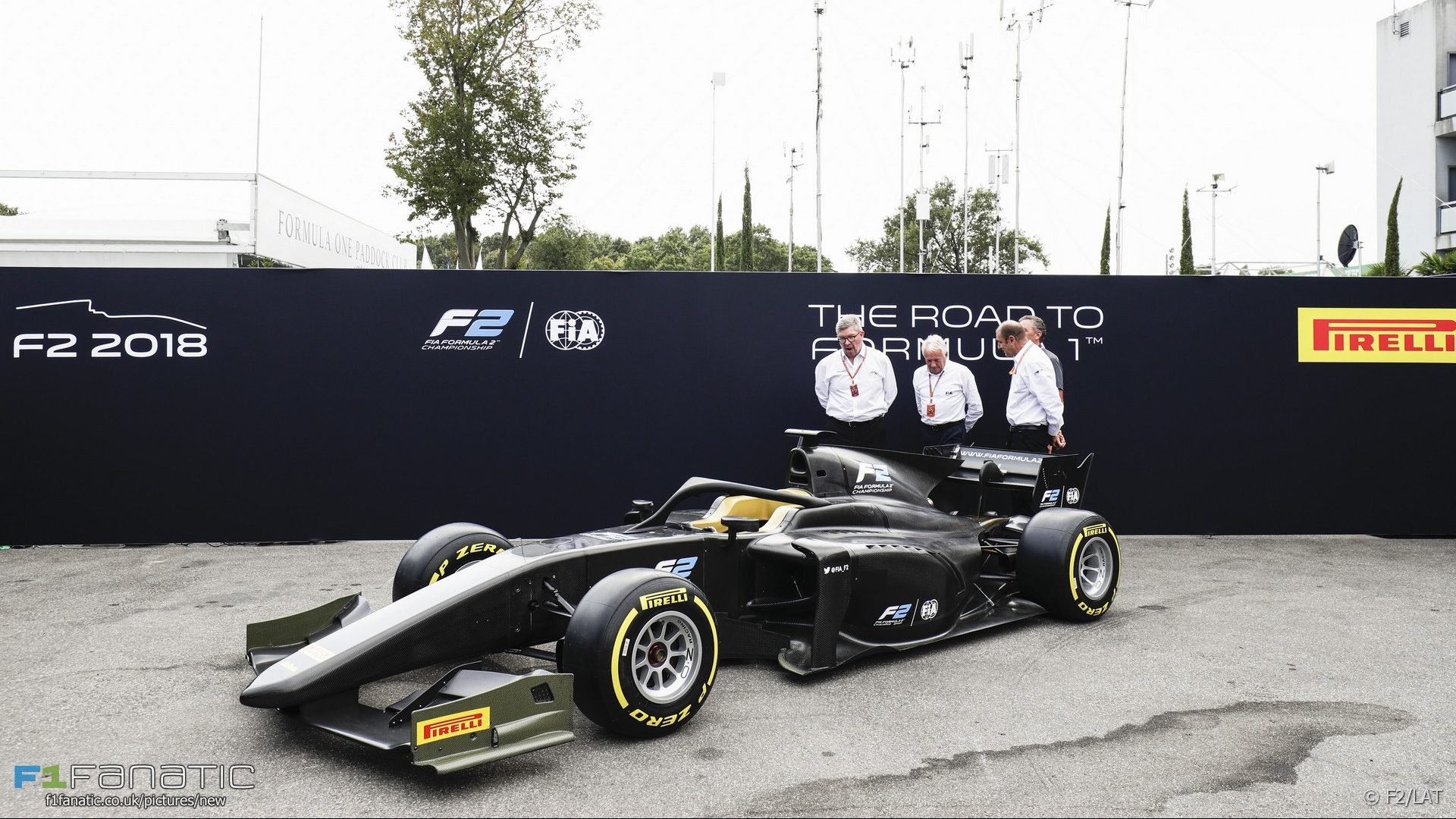 The new Formula Two car which the series will use from the 2018 to 2020 seasons has been revealed at Monza.

Formula Two was known as GP2 until this year and has used the same Dallara chassis since 2011. The new chassis, also designed by Dallara, is the fourth the championship has used.

The car reflects recent changes in F1 design and also incorporated the Halo, which will be mandatory on F1 cars from next year.

The FIA’s director of F1 and single-seater development Charlie Whiting said the series “needed a car that will not only educate, but will also allow the drivers that are most ready for Formula One to shine brightest”.

“The car has been developed to include improved aesthetics, as well as bringing the safety level up to the highest standards for single-seater cars – and to ultimately bring it closer to a modern Formula One car on both of these points.”

Underneath the bodywork the V8 engine has been replaced with a new, 3.4-litre turbocharged unit producing 620bhp.