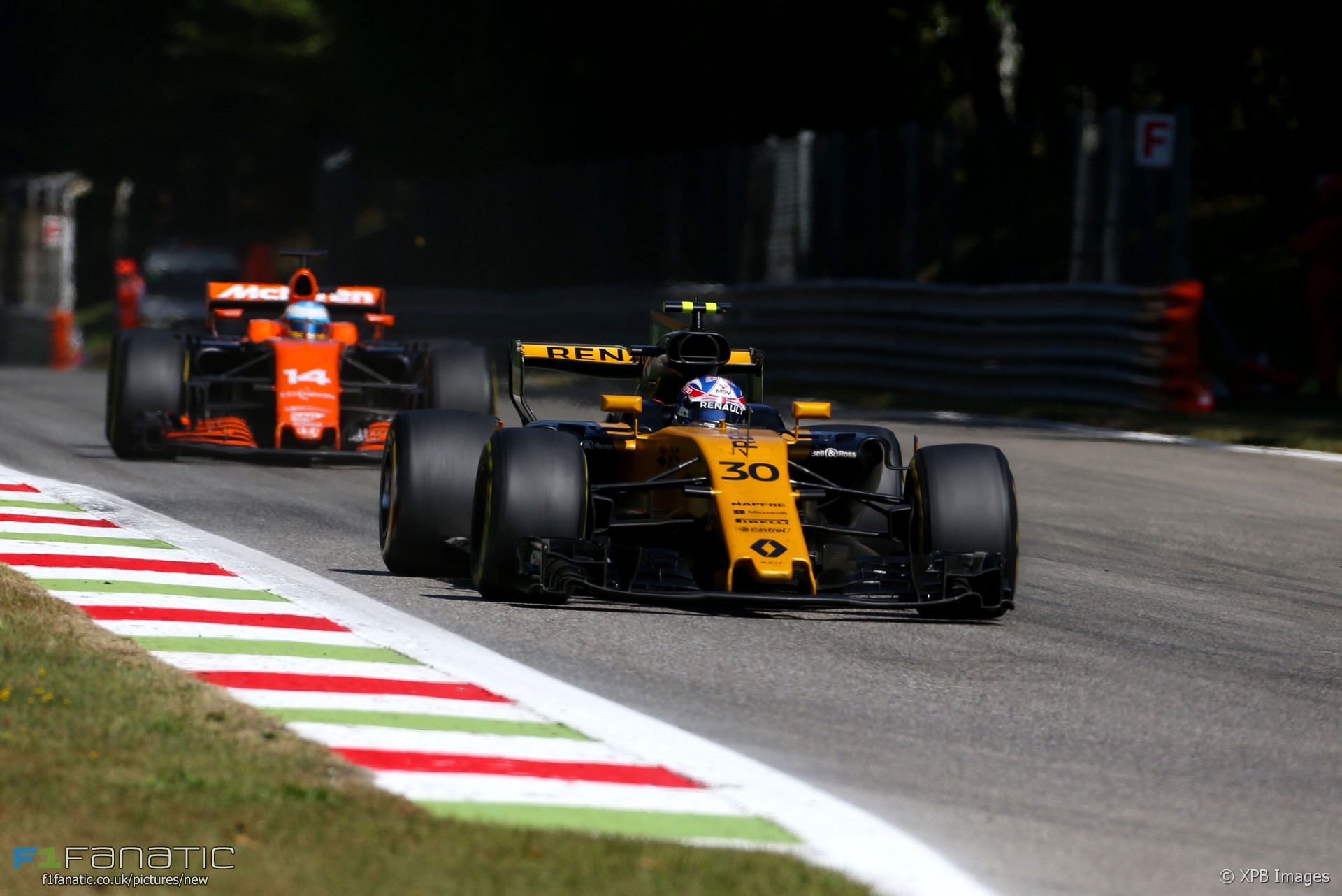 At least one person at the Italian Grand Prix thought Jolyon Palmer was treated far too leniently by the stewards.

Fernando Alonso complained repeatedly on the radio that Palmer’s five-second penalty for going off the track and overtaking him was “a joke”.

Did the stewards set the bar too low on this one, or were Alonso’s complaints not valid?

It’s not difficult to see why Alonso was unhappy. Palmer clearly went outside the track limits while overtaking the McLaren.

By the time the stewards had handed down a penalty to Palmer he was already 4.6 seconds ahead of Alonso. It was obvious at the time a five-second penalty was not going to be sufficient.

Palmer’s penalty was the same as other drivers have received for similar incidents. For instance, Sergio Perez received a five-second penalty for passing Romain Grosjean off the track at Spa.

In this case Alonso was lapping more slowly than usual due to a technical problem which meant Palmer’s penalty didn’t have the usual effect of taking back the position he had unfairly gained. That’s hard luck for Alonso, but not the fault of the stewards.

Should the aim of a penalty be to remove a position advantage gained by a driver? That clearly didn’t happen in this case. So you have to ask whether it’s a worthwhile deterrent.

This case sets a problematic precedent for the future. Now any driver who gets stuck behind a rival and expects they are going to lose at least five seconds has every justification to go off the track and pass them.

Since it was introduced the five-second penalty has become very popular with race stewards. But on this occasion it’s hard to argue that it was sufficient.

The stewards don’t yet have the power to order a driver to relinquish a position they shouldn’t have gained. Perhaps it’s time they did.

Did you think Palmer’s penalty was too harsh, too lenient, or correct? Cast your vote below and have your say in the comments.

81 comments on “Was Alonso right about Palmer’s “joke” penalty?”